If you like finger food, you’ll love PEI’s hand food. Just across the Confederation Bridge in Albany, Prince Edward Island, there’s a production bakery with an attached takeout and viewing area that makes nothing but. The PEI Handpie Company builds savoury pies for the hand in flavours like curried chickpea, barbecued pork and organic chicken pot pie. Chef Sarah Bennetto O’Brien and her crew build them by the thousands for sale fresh and frozen on site and for distribution around the island.

Bennetto O’Brien incorporates as many local ingredients as possible, right down to Island wheat for the crust. “The crew and I are into feeding people real food,” she says. Island potatoes, cheese, vegetables and meats go into every savoury pocket. She’s designed a few dessert handpies as well, using Island apples, rhubarb and blueberries.

The story of PEI handpies is a love story. Now a thriving enterprise with many employees, it all started in culinary school at Holland College in Charlottetown. That’s when the Sudbury, Ontario native fell in love, not with handpies—that came later—but with the island and with fellow student, Owen O’Brien. At the age of 20, she earned her red seal, and after a short time working away, the couple returned to the island where Bennetto O’Brien opened Scapes restaurant. One item in particular quickly became a favourite with her customers: handpies.

“They were by far the best seller,” says Bennetto O’Brien. “In our last year as Scapes, handpies made up over 30 per cent of sales. Once we started selling them frozen, people got hooked, realizing how good they are cooked at home. We started getting huge orders, so we decided we could focus on handpies.” The PEI Handpie Company was born.

“Once we launched, we were twice as busy,” Bennetto O’Brien says. “Local fans drive here from across the island. They’ll have a couple hot, but they bring coolers and take a dozen home so they can have them through the month.”

Visitors to PEI from all over stop to try a pie. Quebecois visitors are particularly fond of the Acadian Pork tourtière handpie. Bennetto O’Brien jokes that she and her crew roll out so much dough, “We’re all basically made of gluten by the end of the day.”

Two flavours in particular were popular with Scapes customers. Both are still on the menu. “A lot of people go with the bacon cheeseburger for their first-time pie. The beet, corn and goat cheese is our most popular vegetarian. It’s 85 per cent roasted beets with toasted corn and some goat cheese to blend it all together.” The company now sells nine core flavours with many seasonal varieties.

The earliest record of handpies or pasties goes back to medieval Britain when royalty and nobility ordered large numbers of them for public events and payment for services. Early pasties were made with venison, salmon, herring, mutton and other available meats and fish. A pasty qualifies as such when it contains a savoury mixture of ingredients like meat, vegetables and cheese, folded over into a side-crimped dough and eaten by hand. Even today, serving handpies on dishes and dissecting them with forks and knives is pasty blasphemy.

Pasties became a working-class staple as early as the 17th century when the coal miners of Cornwall—where it’s now the official dish—took their handheld lunch into the mines. One pie on Bennetto O’Brien’s menu, the PEI Pasty, is a nod to the Cornish Pasty. Those who pronounce “pasty” like “pastry” will be gently corrected by those who know their handpies. The “a” in pasty is short, as in the word “bad.” Perhaps those most in the know are members of the Cornish Pasty Association (CPA) in the United Kingdom.

According to the CPA, the original Cornish pasty is made with beef skirt, the underside of the animal, because it has little fat and no gristle. This cut cooks the same time as the raw potatoes and other vegetables, and the juices create a nice gravy. The CPA recommends a waxy, firm potato so they hold their shape through the bake. The Cornish pasty is essentially a delicious beef stew in a handcrafted crust that’s somewhere between a snack and a full meal.

Contrary to popular belief, the purpose of the thick, crusty edge characteristic of a Cornish style pasty was probably not for gripping by dirty fingers in the mines. The theory goes that the bit of soiled crust could be discarded after the miner finished his pie. It turns out that Cornish miners took their pasties to work in bags and ate them end to end, holding onto the bag until the last bite. Waste not, want not.

Bennetto O’Brien takes a broader view of what qualifies as a pasty. To her, a pasty is a personal, portable snacking pie that comes in as many flavours as a cook can imagine. She recognizes the many forms handpies have taken in cultures around the world –samosas in India, empanadas in Mexico and the tourtière in Quebec.

Bennetto O’Brien’s original inspiration back at Scapes came from fiction. She’s a big fan of the Outlander book and TV series. “It’s time travel,” she says. “So nerdy. A nurse in World War II passes into 1740s Scotland and gets into battles. She makes bridies – in Scotland, handpies are called bridies.”

She knew of a chef who created an entire cookbook based on Outlander. “I tried her recipe and thought, this is the perfect PEI comfort food. It’s a meat pie, it’s portable and it’s good throughout the year, especially in winter.”

Whether it’s back to the gritty reality of a Cornish mine or off to the battlefields of a fictional Scotland, the hearty PEI handpie is like time travel with every bite of an edible pocket. 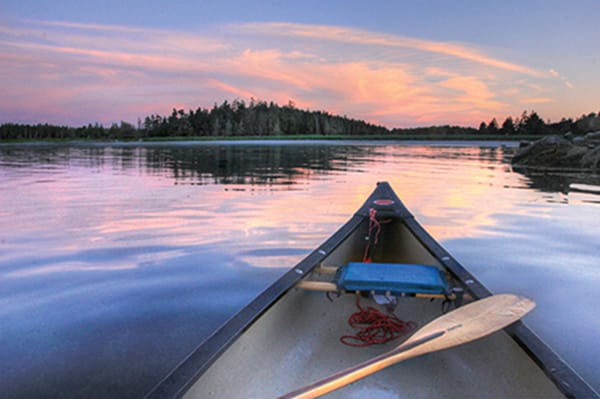 It’s a balmy August day. Four vehicles pull up at Mason Point in Tangiers, NS, each carrying one canoe, two people, and enough gear and grub to last four days. We’re headed to Baltee Island where... 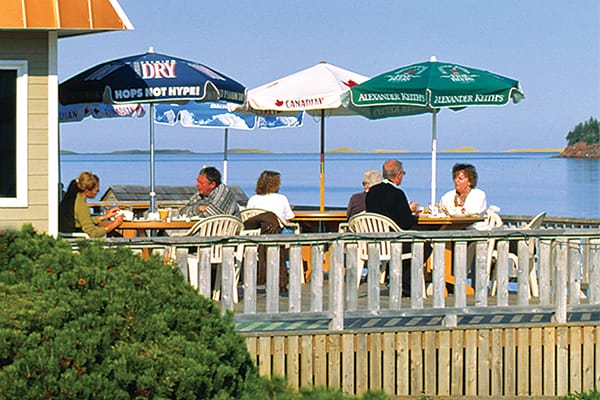 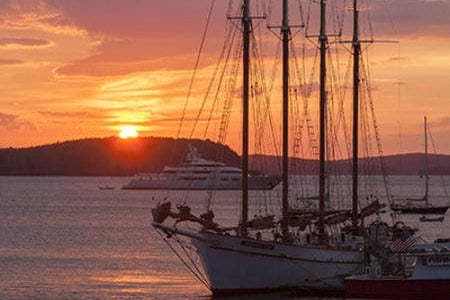 I stood on a mountain peak and faced clusters of islands. With vistas of water in front and on both sides of me, it seemed as though I was on the prow of a ship. The cool breeze was refreshing, a...