Typically, the roofing season here in Atlantic Canada runs from early May to late November, before snowfall and cold temperatures hit the East Coast.

However, the start of December 2014 was unusually mild, which gave our roofing crews the hope of a longer working season.

But ironically, while our crews did spend most of the winter working on rooftops, it was not because the weather was nice. The East Coast spent much of last winter buried beneath record snowfalls, but in addition to the mounds of snow, we also experienced temperatures that frequently danced around the freezing mark.

That combination of snow and temperatures fluctuating above and below freezing, as well as the heat generated indoors, made for ideal ice dam formation conditions.

Any insurance adjuster will tell you that last winter record numbers of homeowners were faced with this problem and didn’t know why ice dams were forming or what they could do to fix them.

What is an ice dam?

Cheap, but only partially effective, solutions

By mid winter it’s a tad late for preventive measures, but you can:

An ice dam is a build up of snow and ice that prevents moisture from running off of a roof. When snow and ice begins to melt on a warm roof, a pool of water is formed but blocked by an ice dam at the edge of the roof, which is cold.

The accumulation of pooled water can then leak through the roof decking via nail holes, screw holes, or other avenues. Once water has penetrated through roof decking, homeowners run the risk of water damage to ceilings, walls and floors, rot, mold, electrical issues, and a whole nightmare of related costly issues.

How does this occur?

Ice dams are created when an attic space generates enough heat or, warm temperatures to melt snow on a roof. The melted snow runs down to the bottom section of the roof, also known as the overhang, which typically has no attic space below it. The ice dam then begins to form when the water from the melted snow contacts the snow and ice sitting above the cold overhang.

Why does this occur?

Insulation is, of course, designed to keep heat in the living areas of your home during colder months, and also keep cool air in the house during the summer. However, insufficient insulation can let warm air escape into the uninhabited areas and air spaces found in a home.

In addition to home heating, you can imagine the amount of heat generated by day-to-day appliances like an oven, dishwasher, or dryer. Without proper insulation much of that generated heat makes its way into the attic, which then contributes to the formation of ice dams.

This is not something many of us take into consideration when making sure the house is ready for winter, but ventilation is designed to ensure the temperature of your attic space is identical to the temperature outside. Typically, we don’t realize we have insufficient ventilation until an ice dam has already formed.

To ventilate an attic properly, two components are required. The first is the intake, which are vents located at the down-slope edge of the roof (eaves). The intake allows fresh air into the attic.

The second component is the exhaust, which permits air to leave the attic near the ridgeline of the roof (or ridge vent). The use of an exhaust vent in conjunction with an intake vent uses the natural forces of wind pressure and thermal effect, collectively known as the “stack effect,” to ventilate the attic space.

Here’s a look at the numbers: for every 300 square feet of attic space, one foot of ventilation should be installed. Fifty per cent of that ventilation should come from the bottom of the roof and 50 per cent should be at the top. It is important to note that having a ridge vent without an intake vent will not provide sufficient ventilation. Yes, some heat will escape, but a lot will still be trapped in the attic space especially near the bottom (where ice dams form).

It is also important to note that multiple types of ventilation in the same air space can actually be counterproductive. A common error we run into is seeing homes with gable vents (vents in the siding near the top of the house), ridge vents and soffit vents. When this happens, the ridge vent draws air from the gable vents as an intake, not the soffit vents. When the air is not drawn on from the soffits then pockets of heat can form near the bottom of the roof and cause ice dams.

Homeowners should also note that just because a house appears to have a ridge vent does not mean the vent is working properly. Our crews have run into many cases where homes have ridge vents installed but the hole for the air ventilation is too small. We have even come across a number of roofs with a ridge vent, but no vent hole cut.

If you are unsure whether your ridge vents are installed properly or have any questions about your current ventilation set up, arrange a roof inspection.

Roofs with a low pitch are more susceptible to ice dams. It is important to note that shingles are not designed to stop water; they are designed to re-direct it. Therefore, if an ice dam traps water, the shingles cannot function as designed. Different materials are required for a lower pitch roof. If the wrong materials are used, your roof could be prone to reoccurring leak issues.

Roof design is another huge determining factor for the development of ice dam formations. If you have multiple dormers or runoffs leading to the same area, or slopes leading into walls, then you may be at risk for ice dam formation zones.

And our crews have seen ice dams that have started due to clogged gutters. It is important to ensure your gutters are clear of fall leaves before winter hits.

Each ice dam is unique. Some can be easy to deal with and some require more work. One way to try to avoid an ice dam situation is to prevent snow build up with a snow rake—a long-handled tool that allows you to remove the snow from a roof while standing safely on the ground. Snow rakes are available at most hardware stores.

What not to do

The number one mistake people make if an ice dam has formed is putting salt on a roof. Yes, it will melt the snow and ice—but it will also melt your roof shingles. Use calcium chloride instead. You should probably stock up on it as it regularly becomes scarce after each major storm.

Beating at the ice while standing on the roof is not recommended. It’s dangerous for you, and the roof.

The best piece of advice for dealing with an ice dam is professional removal help that can be a whole lot cheaper than fixing water damage. Even in the best of conditions without elements such as snow, ice, and wind, a roof can be a dangerous place and a fall risks serious injury or death. Professional crews use a combination of harnesses, ropes, fall-prevention systems and rescue plans to ensure all jobs are completed safely and correctly.

Ian Armour is the owner of Refined Roofing, a family-owned and operated roofing company in Halifax, NS. Find him online at refinedroofing.com. 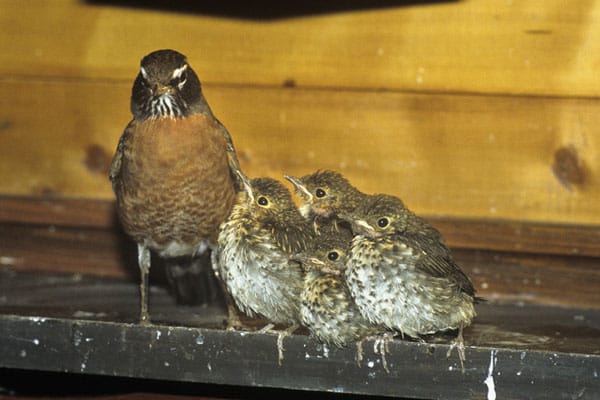 Cheerily-cheer-up, cheerily, cheerily, cheer-up. Dignified in bearing and as respectable as a country squire in habit and dress, male and sometimes female robins assert their claim to the land... 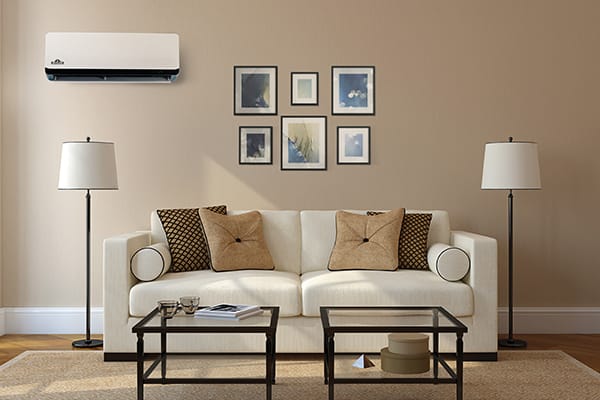 For those of us who aren’t technically inclined, heat pump technology is a bit of a mind bender. We’re told it’s basically a reverse refrigerator—as if that clears the matter up once and for all. 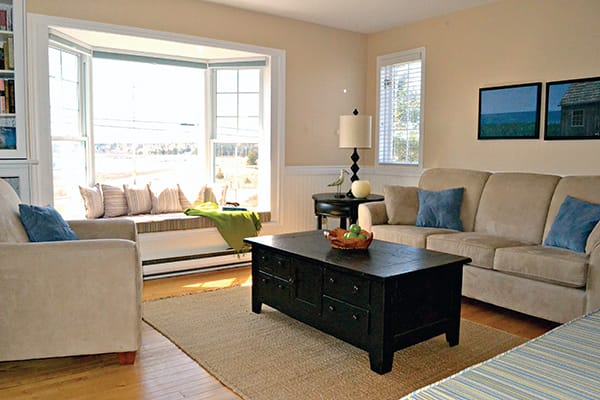 JUDY AND STEPHEN BARTOL knew right away that this was the cottage for them. Having completed an exhaustive search for a vacation home in Stephen’s native Nova Scotia, at last they came to view this...