Done right, a property survey does much more than just establish boundaries

One chilly winter morning I finished my outside chores and decided to reward myself with a cup of orange pekoe tea. As I filled the kettle I looked out at the vegetable garden, the apple orchard, the hay field, the group of men on snowshoes at edge of my woodlot… what!!?? As I watched in disbelief one of them fired up a chainsaw and begin to slash his way into the forest! Sprinting to the barn I strapped on my snowshoes and set a new land speed record down through the field stubble. Out of breath, I hauled up as the group turned to meet me, and with all the eloquence a very disturbed landowner could muster, demanded to know what was taking place. The man in charge cheerfully informed me they were surveying property lines. Needless to say the conversation became heated. And thus began my crash course in boundary lines.

Humankind has been dividing up the countryside for thousands of years and while the early boundary markers of a river or line of hills worked, today we have deeds and surveys to prove ownership. A property deed is basically a road map and like any road map it has sign posts and more than one sharp turn as well. Most folks who own any property have a copy of their deed, but if you don’t you are not alone. More than one landowner out there has only the most basic notion of exactly where their property boundaries are. Thankfully, locating your deed isn’t too difficult. On the tax bill you receive each year a property or lot ID number is listed. Use this number to obtain a copy of your deed at your local county or area lands registry office—each of the four Atlantic provinces has its own system for registry, and office locales may be by county or by area of a province. There’s a fee to get a copy but it’s something you’ll need for any survey.

You need to have a professionally licensed surveyor involved. Folks in Atlantic Canada are proudly self-sufficient but in this case a surveyor needs to be contacted. Every province has a professional surveyors association, with a website, and can put you in touch with a surveyor in your neck of the woods. Or ask around for a recommendation. A local surveyor will know the area and understand how you feel about your land. Either way get a real surveyor, not your wife’s second cousin who says he ran lines in northern BC back in the 1970s.

Along with identifying the lines, you may discover easements, rights of way and government access roads which you hadn’t known about. A right of way or easement allows another party to travel across your property; utility companies often have these for maintaining power lines above and below ground. Other easements may allow a neighbour the right to cross your ground to reach their land. Many provinces also have government access or reserve roads crossing on your property, which many landowners have never even heard of. This information will turn up as the property deed is researched and a survey performed.

Historically, here in Atlantic Canada land ownership often began as grants from the Crown either as a reward for service or as an incentive to settle. These were generally huge blocks of country, sometimes in the tens of thousands of acres. The blocks were surveyed into individual lots of 100 acres and often laid out in long rows of rectangles bordering a Crown road for access. These early surveys are remarkably accurate considering they were made with only a compass, ranging pole and, of course, the legendary chain.

Each lot was surveyed, the lines marked, all four corners numbered and recorded for allotment. Once granted a lot the pioneer family would take possession and start a life. Over the years all these neat blocks likely changed as some were sold, others divided over and over until what remains are the jigsaw pieces many of us own today.

Any property deed or survey can be difficult to understand and will contain plenty of strange directions, sprinkled with odd bits of terminology. The parish and county will be mentioned, along with the party who sold you the land plus the dates of the transaction. Most will say something about the contents of the property, including buildings with details of each structure. The actual boundary lines will begin at a starting point located so many degrees/minutes in a certain direction. The deed will indicate the number of magnetic degrees to follow and when to change direction. Deeds will list the adjoining properties and give the compass readings to find the corner posts. All sorts of objects have been used for identifying lines or corner markers.

One of the most iconic images of rural life, the split rail fence kept the cows in and the neighbours out. Sections of rail fences twisting through thickly wooded country still keep watch and are used in establishing boundaries. Many times a surveyor might recommend leaving a rail fence untouched. Rock walls may also be encountered. But a rock wall is more than just a rock pile. Walls can be neat and square or almost haphazard in appearance, but must follow an obvious direction and maintain it. Otherwise, well, it’s just a rock pile.

When the surveyor arrives, walk the property together and volunteer any information you have. They will appreciate your interpretation of where the lines are. History and memory both have validity. Contact neighbours and let them know your intentions. Finally, once the survey is complete, examine it carefully and ensure any discrepancy is dealt with immediately. Register the new property survey promptly and also let your lawyer know what’s happening.

Questions of land ownership are an emotional issue and understandably so. Thankfully, mine all worked out amicably and order was restored. The situation I found myself in turned out to be one of those misunderstandings that abound in the world of surveys. But if you wish to avoid any such problems, get a survey done. It’s just wise property stewardship. 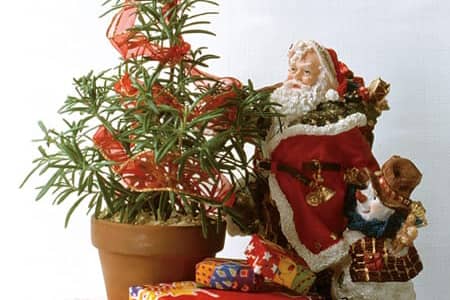 The smell of a real tree in the house during Christmas can transport you back to your childhood. If, for some reason, you must have an artificial tree, however, the scent of rosemary during the... 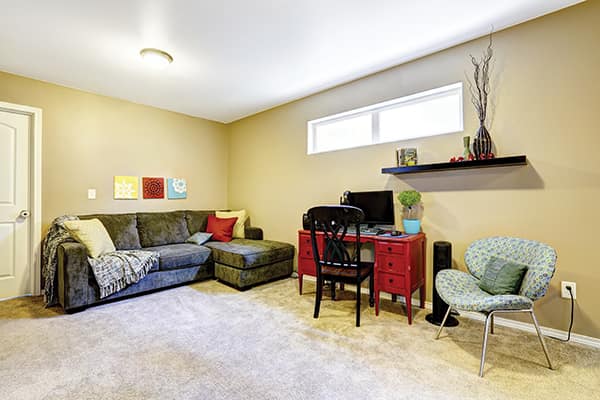 Ever seen those home renovation shows that turn a dingy basement into a bright, beautiful—and, more importantly, income-generating—rental suite? While it may seem a great way for first-time home...

Live-In Companions (Plants, That Is)

THE LAST TOMATO has been harvested, and the basil long since made into pesto. The perennials have given over their blooms to seedheads, and the last of the leaves have dropped from trees and are...