It was a crisp, blustery day in January 2016 when Todd MacLean and Savannah Belsher-MacLean took a tour of an 1870s estate in Hazelbrook, not far from Charlottetown in PEI. Before even turning the corner coming down the drift-filled driveway, they had fallen in love with the property they now call Hazelbrook Homestead.

After the couple spent a year and a half pulling up carpets and sanding floors, scraping layers of wallpaper, re-plastering and painting, their beautifully restored house was ready in the summer of 2017 for its new life as a vacation rental and event space.

The house was originally built and owned by William Ings, and was later passed down to his nephew, Ernie Ings. The estate was eventually handed to the Drake family, from whom the MacLeans purchased the property; this was actually the first time it had ever been for sale. The house sits on 60 acres of farmland, about 40 of which is cleared land leased to a local farmer, and includes a horse barn, wooded areas and a lake with a tiny island. A concrete sphere, made by a previous owner, sits on the side of the driveway displaying the property’s previous name, Brookside Farm, and there’s an enchanting concrete fountain on the front lawn. “I don’t know any other farmhouse on the Island that has a custom water fountain,” Savannah gushes.

A bright sunroom porch at the side of the house makes for a perfectly cozy place to read or just enjoy the view. Savannah’s dream was to create a bright, neutral space in every room for events such as weddings and photoshoots. “Every room in the house I decided to paint the same colour. We went with Simply White by Benjamin Moore, and I wanted it to be a blank slate for whomever came in with an event; they could decorate it,” she says.

The couple aimed to keep vintage characteristics in the home, partnered with some modern touches. “In this kitchen there were 13 layers of wallpaper so it was like peeling back the decades,” Savannah explains. “The oldest one that I could find, the bottom layer, it looked to be about 1910-1920. It was this beautiful floral that had gold leaf painting on it.” The original cupboards were painted white, and a dark countertop replaced a speckled green top from the 1990s. An old chimney was covered in white plaster, but Savannah had other plans to expose the brick. “Mostly everything we wanted to restore and bring it back to its original glory, but that’s the only thing that we took away that was original. It’s so beautiful and it warms up the space in such a white room.” Todd and Savannah bought new appliances, and one of the kitchen’s most eye-catching features is a gigantic cast iron sink, found in the basement and re-enameled locally before being installed in pride of place.

In the grand room and formal dining area, antique and mid-century furniture fill the rooms. Humungous wooden doors separate the dining area and living room space. “They’re incredible. It’s a moving wall, basically. They’re original. I don’t think we could possibly even put them into a new house,” Savannah says. “They’re so heavy, and these hinges are 100 years old.” Original chandeliers and crown moulding add to the charm and rich history of the home. The couple plans to host house concerts and events in this space, so they wanted a heavy duty floor, and that is exactly what they found after peeling back layers of carpet and linoleum. “I think this is the sub-floor; it’s hemlock, which is kind of uncommon for Prince Edward Island homes,” Savannah says. “It took Todd about 50 hours of labour just on this floor.”

Next to the grand room is the parlour room, a bright and airy sitting room with lots of sun shining in. The couple plans to someday get the original marble fireplace running, but for now it acts as a beautiful centrepiece. The parlour room also had a layer of carpet and emerald green battleship linoleum. “Honestly, we really liked the colour and we thought it was in pretty good condition,” Savannah says. The front staircase needed some changes to meet regulation codes. The newel post is original except for the ‘pineapple’ piece that was added to the banister to bump it up to proper height. McAskill’s Woodworking refinished the posts and the railing, and all new hardwood from Sherwood BMR was installed on the staircase and in the hallway on the second floor.

The house has four bedrooms and can sleep a total of 10 people. Each bedroom upstairs has unique characteristics, from completely plastered walls and ceilings, to tiny original closets. “Even though they’re all white, we have a different view in each of the rooms,” Savannah says. They sanded down the original softwood flooring in three of the bedrooms, and one room has oil cloth flooring from the 1940s. “It’s all hand painted with a pattern, using a stencil.”

The bathroom upstairs has had the biggest transformation. When the MacLeans purchased the property, the bathroom floors were covered in pink carpet—right up to the toilet. Pink and white tiles from the 1980s covered the walls, the tub and the shower. Savannah knew in her heart there was something special underneath all of those tub tiles. “I could tell by the curve of the top that it was probably a claw-foot tub,” she says. “I took a hammer to the box and I was like ‘I saw a foot!’” She painted the tub a rich emerald green, a gut instinct that felt appropriate. “We’re not on the beach like so many other Island estates. I really wanted to bring some of the natural green in.” Green vintage glass bottles act as accents on the custom dresser/vanity the couple had installed. The vintage dresser was bought from Paraska’s Place and their carpenter, Mitch Schurman, installed a sink and customized it to work in the space. “He did an incredible job,” Savannah says. At the end of the hallway before the back staircase, a single daybed with white linen sits in a corner and acts as a reading nook. “It’s the perfect place, it’s got such a beautiful view,” she says.

Since the MacLeans purchased the property, many people have stopped in to meet the couple. They have learned from some of their visitors that the original house on the property was a tiny building which later served as the Ings’ blacksmith shop after the homestead was built. Foxes and chickens roamed the property, along with horses in the fields and in the barn which still features old cast iron horse stalls. “The interior of the barn was painted a really pale sky blue because it calmed the horses,” says Savannah. “It would be kind of nice to put that colour back
in there.”

Todd says the home used to be a place where community members gathered to fish, swim, ski and play. “What we really noticed about this property is that the people who owned it through the years took a lot of care in maintaining it,” he explains. “I think it’s just always been a community estate rather than someone’s private home. They were really good to share it.” This is exactly what the couple wanted for the homestead, a place for others to come and enjoy. “I know that people have died here [in the past]” Savannah says. “I know it’s got that type of history, but it’s not that type of spirit. It definitely feels that the house is happy.”

Intro Caption: Todd and Savannah in front of the house

When it comes to kitchen renovations, most people think about cabinets, countertops and appliances - everything but the kitchen sink. Yet the sink is essential in any kitchen. Add a functional... 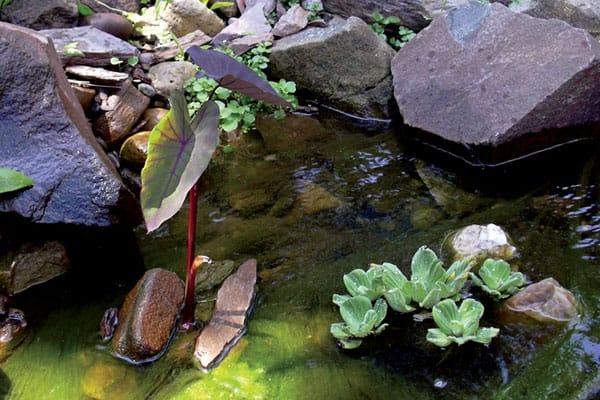 One of the reasons we have a pond on our rural Nova Scotian property is to celebrate our area's wild flora and fauna. Ours is a naturally wet area that we dug out late one fall to increase its depth... 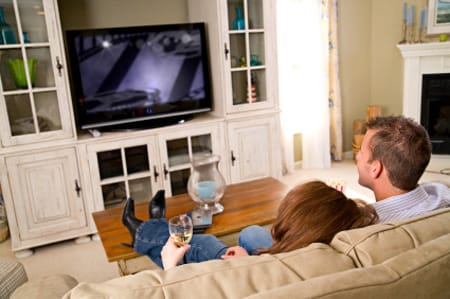 Winter hibernation in these parts used to involve having friends in for a card game. Enter the home theatre - all the fun, excitement and sound of the big screen in the comfort of your own home...