…and some of the realities are quite surprizing

Buyers are visual,” says Heather FitzGerald, a real estate agent with Royal LePage Atlantic in Moncton. “Make sure the outside of your house is nice and neat.” Before placing a property on the market, homeowners need to ratchet up the curb appeal, says FitzGerald. A house with a renewed, knockout exterior and a fresh, flawless interior is going to be easier to sell and will fetch a higher resale price.

“You don’t have to go over the top,” she says. Modest, modern seasonal decorations are appealing. “Accents like flower pots tend to draw people‘s attention to the exterior of the home and how neatly maintained it is. You don’t necessarily have to spend thousands of dollars.”

On the other hand, repairs are sometimes necessary and renovations can even increase the resale value of a home. Exactly which renos make the biggest difference varies according to the market and the source of the information.

A Canada-wide survey published in June 2018 by FitzGerald’s real estate company, Royal LePage, reports that 95 per cent of the 766 agents surveyed recommend interior over exterior renovations, suggesting that buyers fall in love with a home once they’re inside. As FitzGerald puts it: “The buyers have to visualize themselves in that house.”

According to the Appraisal Institute of Canada (AIC), interior kitchen and bathroom remodeling generates the highest return on investment. A fresh coat of paint inside and out helps, as long as colour choice is widely popular. Touchups and updated décor like lighting and plumbing fixtures, countertops and flooring replacement or refinishing are all effective.

FitzGerald says, “Depending on what your cabinets are like, you can have them professionally sprayed and updated with new countertops. If the cabinets can’t be restored, I definitely suggest spending the money for a new kitchen.”

The Royal LePage survey claims that renovations to the kitchen are far more effective than those to the bathroom, which ranks second along with a finished basement. The latter two have the potential to increase a property’s value between 2.5 and 12.5 per cent. A renovated kitchen boosts value by more than 12.5 per cent.

In the closest market to Atlantic Canada, analysts take a different approach. As reported in Remodeling, a publication for the construction industry in 2018, eight of the top nine renovations with the best return on investment in New England are exterior. The only interior renovation to break the top nine–minor kitchen remodeling–places fourth.

This difference between two markets so close to each other is partly due to different analytical techniques. Rather than measuring the potential increase in property value, the US report measures the potential return for the cost of specific renovations. For example, the highest rated improvement is a new garage door, for which a homeowner will likely see 99.2 per cent of the cost returned upon closing.

The report warns against what’s referred to as “eccentric” and low return renovations. “Unless you stumble upon a wine lover, a wine cellar isn’t considered an investment. The same goes for a pool (in-ground or above-ground), fencing, paved driveways or skylights. Even if these elements are pleasing to you, studies show they have little to no value to most buyers.”

The Royal LePage report finds that, “Adding a pool or deck is considered the least worthwhile renovation to increase a property’s value with pricing potential limited to a maximum of 2.5 per cent of the value of the home.”

Heather FitzGerald agrees with the pool analysis, saying she’s had buyers say they absolutely do not want one, but says the question of a deck is more complex. “A lot of people would like to have a deck for a barbecue,” she says, adding, “The condition of the deck is important, especially if it’s attached to the house.” A flagstone patio with access from the ground level that expands the outdoor living space could be just as effective.

In the end, there’s good news for sellers with a small renovation budget. According to the AIC, simply clearing away the clutter to show off the features of a home does wonders. “It’s free to declutter your house,” says FitzGerald. “Less is more. There are lots of things you can do to get your house ready, and one of them would be to purge.” 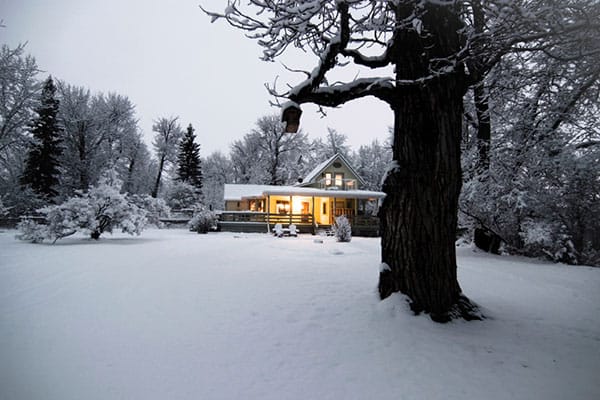 Countering Winter Blasts at the Cottage

It used to be that as summer gave way to autumn, cottage owners began preparing their summer residences ready to weather another Atlantic winter. You drained the water system, put away the beach... 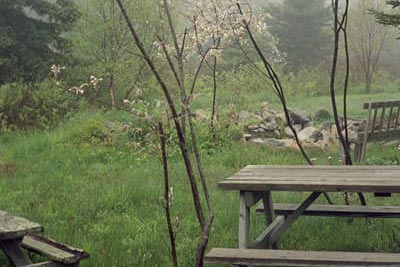 Till It and They Will Come

The wild garden—a little nurturing, a little nudging, and Mother Nature does the rest. 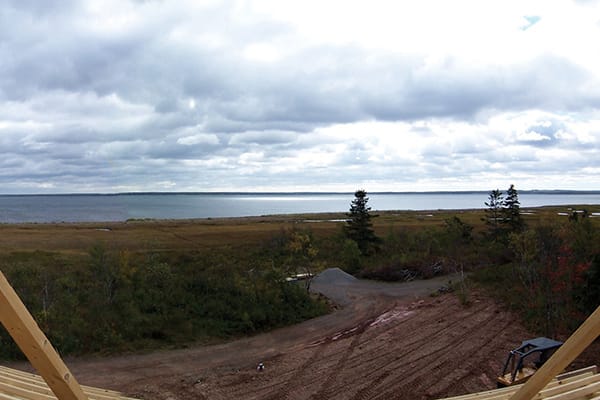 Even in the face of a late winter storm, trucks and cars drive a steady beat along Route 16, the corridor of blacktop connecting mainland New Brunswick with the Confederation Bridge. East of this...