The only sure thing about dairy farming is hard work

It’s a winter day, with brisk icy winds howling along the Shubenacadie River and across a rolling hill in Riverside, near Stewiacke, NS. Dust and hay is swirling around in the yard behind the four silos that stand like sentinels at Havey and Christine Whidden’s dairy farm.

Inside the main barn, it’s warm and comfortable, with 100 or so contented Holstein cows enjoying their midday corn silage. The cows turn their heads to consider their visitors, and there is some lowing and mooing and more than one curious head poking out of the stall for a scratch, or to slurp at a coat.

There was a time when you could scarcely go down a road in the neighbouring counties of Colchester and Hants without passing a dairy farm. Today, although this area still holds the highest concentration of dairy producers, they are significantly fewer in number. Havey Whidden has been one of those farmers for more than 40 years.

Growing up near Stewiacke, Havey always liked cows. He says. “My father was a dairy farmer before I was born. He also got out before I was born—but I was quite involved in looking after what livestock we had growing up.” After finishing school, he drove a truck for a few years but didn’t think it was much of a life. “I had some money saved up and I bought a small dairy farm in 1978.”

Today that farm has grown to milking around 105 cows and cultivates 300 acres of mostly forage crops. The Whiddens operate a traditional milking parlour, a double-eight herringbone configuration, as opposed to one of the expensive robot milkers that some producers have installed. This works well for them—the farm has three full-time employees year-round, and several part-timers in the summer—and they’re very hands-on with their cows. Daughter Gillian, her husband Tyson Miller and their three young children are moving to the main farmhouse beside the immaculately kept barns and milking parlour.

The cows are obviously contented, and friendly with visitors, not at all aloof. They meander around the main part of the barn, eating what they want then laying down in fresh bedding to chew their cud, watched over by a bevy of barn cats. Calves are in a spacious adjoining barn, in large paddocks which each house a number of them. Any calf younger than a month old is wearing a warm blanket coat in such cold weather, though the barn is comfortable.

The Whiddens supply both cows’ milk and milk replacer to their calves through a clever system that allows the calves to suckle through a hose-like device, plus they are introduced to various feeds including grain and hay. They’re playful and curious and obviously well-tended.

Every business faces certain hardships in the course of its history—sometimes these are personal challenges, and others are things that you can have no influence over, like weather disasters. Chris and Havey lost their oldest son, Michael, when he was just 20 years old, to a motor vehicle accident in 2000—and it still feels like it was just yesterday to the family. Michael had been going to the agricultural college in Truro plus working in the business with the intent to assume the reins at some time down the road.

Not long after this tragedy hit the family, weather events began to take a toll. In 2000 an excessive snow load collapsed 104 feet of the main barn roof, and the cows had to be moved to another farm for seven months while the family rebuilt.

It seemed they were barely back in business when another weather event came along. Hurricane Juan did massive amounts of damage to many dairy farms in the area; at the Whiddens’, it knocked down one of their silos and flattened the milking parlour, and essentially put the farm out of business for 18 months. At one point, the thought did cross Chris and Havey’s minds to quit, but Havey says, “We felt we could overcome the problems and continue on. We have so far, and we hope to continue on.”

The Whiddens have two surviving children; their son Nick lives in California with his family, having had no desire to stay on the farm. Gillian says, “When my brother Michael passed away, it changed a lot of things. It hadn’t really occurred to me to want to farm, then suddenly I’m the oldest, and the barn roof collapsed, and the silo came down, and I started working at the farm where our cows were staying. When they came home, I came home and stuck around, went to the agricultural collage and took Agricultural Business.” She adds, “I really like the cows, they’re my forté, especially the young cattle.”

These days, however, her role on the farm is minimal, as she’s chosen to stay home with the three kids while her husband Tyson works fulltime with Havey. Since the young couple moving to the farmhouse, she says she will be making meals and feeding people, which has always been Chris’s role.

“Oh, I’ll still help with that,” her mother chimes in with a smile. Chris says the barn “isn’t depending on me for anything; I do the books, pay the bills, do some banking, run hither and there as needed, cook meals, and raised the children—and now help with grandchildren, too.”

“Don’t take any photos of those blue tractors,” Gillian says with a more or less straight face. “Those blue tractors” belong to a neighbouring farmer who is taking away some unused forage that the Whidden family farm doesn’t require for its herd. The Whiddens’ tractors, on the other hand, are green—but there is only one visible, as the rest are neatly tucked away.

When the Whiddens suffered damage to their farm from weather events, they were fortunate to have a neighbour a few miles up the road who could house and help look after their cows. “That’s one of the beauties of living among fellow farmers who do the same thing,” Havey stresses. “If something goes wrong, everyone goes to help—whether you need tractors or people or a place to keep your cows, or more forage, a couple of phone calls and there’s a crowd of people ready to help. It certainly has meant the difference to us.”

What will happen as some of these farmers age out and want to retire? If you live in Nova Scotia and want to expand a dairy farm or start a new one, there’s a policy called the New Entrant Program that will lend milk quota to a young producer to get them up and running. The program is designed to assist one new producer a year. Some applicants start up a new operation, others have taken over existing small farms.

Havey stresses that dairy farming is an exceptionally time-consuming profession. “You have to be dedicated to it seven days a week, all hours of the day and night.” There have been very few nights in his years as a farmer where he hasn’t gone to the barn at least once—sometimes for hours, to assist his veterinarian with a cow giving birth or having other issues. “We’re farmers and bookkeepers and marketers and there’s always something hanging over our heads needing done. But we do take a break once in a while.”

With succession sorted out, Havey and Chris have moved down the road a couple of miles to a smaller house, and those middle of the night barn visits are fewer in number. But Havey will never retire, despite his eight-year-old grandson Owen informing him recently that, “you won’t be needed this summer, I’ll be doing all your jobs.”

“I don’t think he’s quite up for that yet,” Havey smiles.

Of co-operatives and marketing boards

Nova Scotia has a marketing board which buys all milk produced in the province by licensed dairy farmers. They in turn sell it to processors, depending on the needs of processors in any one week—orders are put in a week in advance, and milk is diverted to various locations to be processed. “We as dairy farmers don’t have anything to do with negotiating or dealing with anything to do with selling our milk,” Havey says.

This is a relatively recent system—prior to 2001, the province had a governing body, the NS Dairy Commission, that oversaw regulations and policed the industry. At the time, Nova Scotia was the only province not to have a marketing board for managing the dairy industry in the eastern part of Canada in a coalition known as the eastern P5 pool (Maritimes, Quebec and Ontario—Newfoundland and Labrador operates separately). Then the government of the day withdrew funding to maintain staff at the dairy commission.

Farmers at that time belonged to an organization called the Nova Scotia Milk Producers Association, who had worked in co-operation with the dairy commission. In order to change to a marketing board, both government and farmers had to approve the process—there was a vote to go with the marketing board, and “most producers see the benefits of what we’ve been able to achieve by going to this system.”

One of the biggest benefits is the ability to interact with their colleagues in the eastern pool provinces: “We sit down and discuss, come to agreements and make things happen fairly quickly,” Havey says. “We can develop our own regulations, but they still have to be approved by the Natural Products Marketing Council (a provincial oversight body for the industry).” The farmers also have a committee of processors and producers and any issues arising with processors are dealt with at that level.

“It’s the whole industry working together,” Havey says, “to make sure we’re on the right path.”

***No bovine growth hormone in Canada. Although dairy producers in the United States often give recombinant Bovine Somatatropin to their cattle, this artificial growth hormone which increases milk production is illegal in Canada. In the 1990s Health Canada determined the hormone had no risk to human health but that it did pose risks to animal health. It was in the best interest of the cows to ban the hormone, so they did. 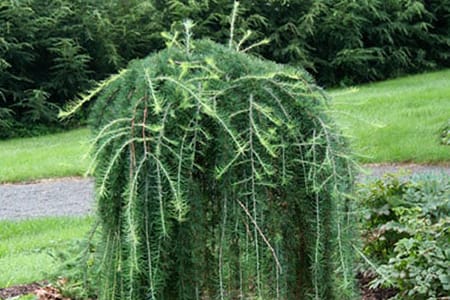 It was love at first sight. Meandering around The Briar Patch Farm & Nursery in South Berwick, NS, this past spring, I spotted yet another "must-have" plant in Lee and John Dickie's impressive... 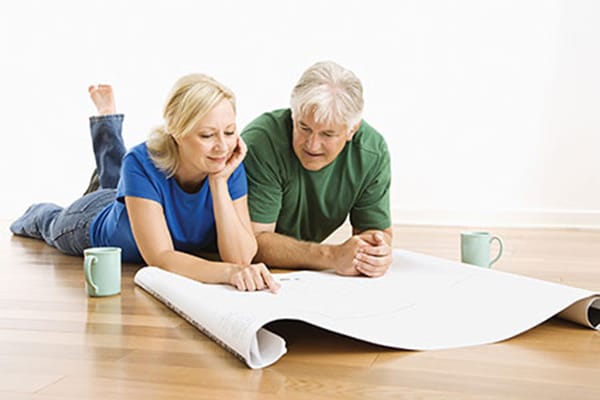 AN EMPTY-NESTER recently asked me for some advice on her son’s freshly vacated bedroom. There seemed to be a distinct sense of urgency behind this query. She needed help fast. As it turned out,... 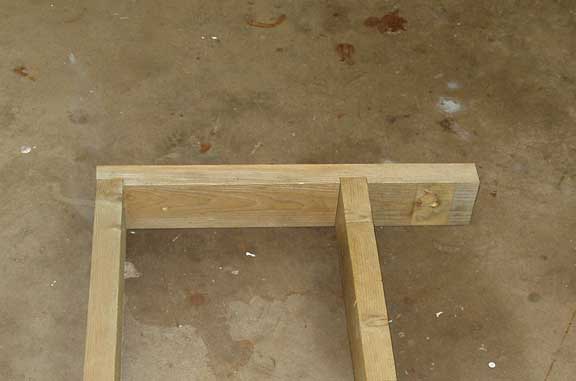 A Bin for the Blues

If space is at a premium and your blue bags a burden, it's time to take control of your recycling with this outdoor blue bin hut. We modelled our structure on an existing firewood rack, adding...