Putting the cottage season away (sigh) for another year

The shoulder season between late summer and early autumn brings a host of changes as the warm sunny days end. Like the flurry of end of season sales for all the must-haves that, well, no one had to have. Flip flops and loud shirts hang on reduced racks, gradually migrating back into storage. Gardens get little attention with summer’s bounty tucked into freezers. Once-pristine flower beds look increasingly disheveled with weeds run riot and, despite the stubborn late bloomers, summer is packing up.

Daylight becomes more precious as the shadows lengthen and the days shorten. July’s sun is high, bright and master of all it sees—but the late summer sun seems almost embarrassed to be losing its fight with the longer nights. The white coat lab folks would use science to argue otherwise saying the same 24 hours is still on the clock but the facts are there clear and bright. Chores long put off are suddenly best not left any longer. Saws buzz frantically, paint brushes swipe and a flurry of activity sees the last of the summer days off the calendar. Time in the dwindling days is always frantic with the knowledge that each day now is darker with a colder future.

So we all strive to hold on to what summer we can and bank that it will be a late autumn followed by a gentle Indian Summer after St. Martin’s day (November 11) passes. But like so many of humankind’s weather wishes, it will likely be not as good as hoped for nor as bad as it may have been.

Old-fashioned mail-order catalogues used to switch to winter offerings and the surest sign of summer’s reign ending was the catalogue of catalogues, the Christmas Wish Book. No other catalogue was so eagerly anticipated and, once in the house, summer was emotionally tossed aside. But in the world of connectivity wishes now are only a click away and the hard copy catalogues are merely a quaint notion except for those of us who prefer paper over plastic.

Sweaters subtly appear and like all old familiars feel surprisingly cozy in the freshening atmosphere. And speaking of air, the calendar change heralds the end of the thick sluggish sweltering soup that saps energy and shortens tempers. The bright cool clarity of a late summer morning is a prize everyone can win but might require a warmer covering. Sunny shorts lengthen into tatty trews, sleeveless tops grow appendages and footwear leaves summer in its tracks becoming sturdy and stout as a workingman’s grip.

Early autumn barges in putting a damper on all the summer fun like the first morning when Jack Frost, that jester of winter’s court, paints a tingle of white across the lawns. Sound is amplified with the clearing still air. Summer sounds of laughter and gourmet grilling are replaced with the dull thump of woodsheds being filled or school buses grinding past.

Even more noticeable is the gradual silencing of cottage lake waters. No longer the realm of boats, swimmers or gentle gatherings, the camp fires slowly wink out, returning the night shoreline to darkness.

A trip into the village often brings news of summer’s impending expiry with the returning shopper announcing some fool had snow blowers perched outside the hardware store or the grocer was stacking pumpkins or—shudder!—a homeowner was up on the roof checking the chimney or shingles. What’s next—a winter tire sale?

As autumn knocks on summer’s door, wild critters develop new vigor and none has the frantic determination of that scamp the red squirrel. Part clown, part fiendish vandal, the Red Wrecker is a pest of the darkest order. Allow these rascals an inch and they will chew a tattered mile. No other pest of porches, attics or garages is equally irksome or as endearing as the red squirrel.

A woodland clown who is friend to all until the damage mounts—and never discount his little sidekick, the chipmunk. Chewing and leaving little brown calling cards, they both cause no end of destruction and expense in a very short time.

Wise homeowners perform regular visual inspections as the summer wanes for any gaps or spaces that with some vigourous gnawing allow a breach. Once inside, the havoc begins and no sound is worse than the gleeful tooth workout of a squirrel.

Quickly fix any chewed wood with fresh or staple coarse wire mesh over holes to block further depredations. And, of course, if the invasion continues, well there are “sterner measures,” as my primary school teachers would say of such shenanigans!

Early autumn announces its intentions with that first bright red leaf—the one everyone ignores preferring to deny and hurry past. As a child I would eagerly bring the painted prize to the nearest adult who muttered about the injustice of seasons and wondered aloud why this child wasn’t kept busy enough?

Back yards in the days of summers end are a catch all of forgotten no longer loved fair-weather toys. Discarded crocket mallets and deflated wading pools, discarded bicycles, leaning badminton nets and rackets lie ignored. Various static art installations appear comprised of tipped over lawn furniture or lone hold outs huddled under trees with book pages flipping in the increasingly chill breeze. As the air cools those first slim wisps of wood smoke appear as chimneys sputter into life again. Almost a novelty at first, soon every house marks the summer’s end with a smoky farewell.

Autumn shows up as summer’s colourful friend and leaves as a rather disgruntled old relative grumbling and finding fault with all things. Change is soon unavoidable and summer sadly is destined to end despite Herculean efforts to hold on one more day.

But once the sad goodbyes are over it is time to think of what’s coming. Because just ahead lies Halloween, Thanksgiving and best of all the long holiday season.

Besides, the end of this summer means the beginning of the next is on the way. 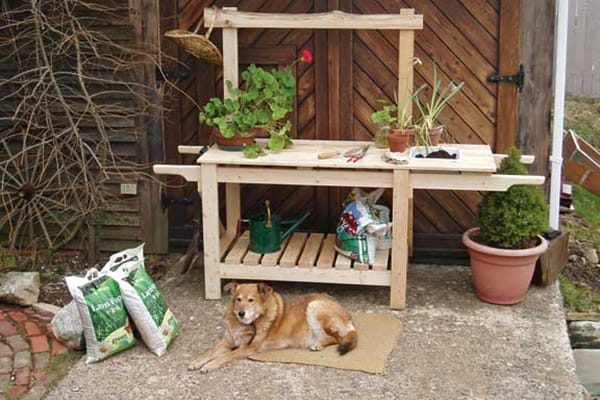 Your back will love this project: instead of being a chore, planting is comfortable while you sit on a stool, feet up on the bottom rail of this easy-to-build bench. It's roomy enough for flats of... 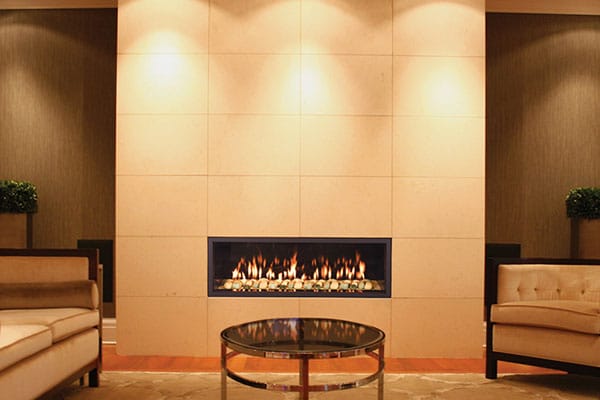 There are hardcore wood heat enthusiasts who relish all the rituals of keeping warm the old-fashioned way; these are people who proudly view their firewood stack as an outdoor art form, and who... 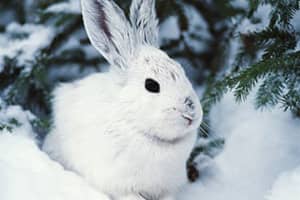 Frills become forms in hoarfrost as approaching winter pares back the abundance of summer. Each wild plant and animal is challenged by the impending cold and diminished food. When hardwood leaves...