Marleen Wolfe brings potential farmers together with their dream properties

In most cases, when someone sells a home, or a business, they are generally selling only a fraction of their lives. When a farmer sells his or her operation, however, it’s rather more complex—they are selling their life’s work, and in many ways, their identity, because being a farmer isn’t merely what they do, but who they are. In so many cases, farming is what has been ingrained in them since birth, so it is a huge decision to sell.

Marleen Wolfe understands very well the complexities of putting the family farm up for sale. For the past seven years of her 20-year career in real estate, she has been exclusively selling farm properties across Prince Edward Island, Nova Scotia and New Brunswick, under her banner of All Farms Realty and in connection with three realtor operations, one in each province.

“There aren’t many people in Canada who hold this many real estate licences,” Marleen says. Some farms are only selling their assets while others are large corporate farms that are selling shares and which can include such items as livestock, machinery, land, homes, buildings and milk or other production quota.

When selling a large ongoing farming operation there are many conditions to a sale on both the buyers and sellers’ side; contracts, transfers, deadlines, liabilities, obligations, rules and regulations to name a few things, it does require someone who is well versed in these transactions. She says that has an amazing network of other professionals in the industry with whom she works hand and hand: lawyers, accountants, lenders and appraisers and others.

Dairy farms are her primary love—she says with a chuckle that she fell in love with a dairy farmer years ago. His name was Joe McIssac, he was one of three bachelor brothers who all lived and farmed together. “Joe took me to sale barns, let me drive the tractor (ok so maybe I was only steering), he let me ride on the hay wagons, gather eggs, ride Peggy the horse…one Christmas my mother let me pick out a red flannel shirt for Joe,” she says. “I was sure that would be worthy of a marriage proposal. I was five and he was 65, I guess age may have been a factor in things not working out.”

Marleen’s love for the dairy industry—and all things farm-related—has never waned. She sells all sorts of farms from dairy, hog, beef, horse properties and cash crop operationss, to the so-called hobby farms which are popular with young, small-scale and new growers. In the summer, she has a mobile office with which she travels all over the Maritime provinces, amassing many thousands of kilometres and meeting hundreds of terrific people.

There’s a saying that “they’re not making any more land” which is especially true of high-quality farmland, which is at a premium throughout many parts of the world. Statistics Canada reported in 2016 that the average age of Canadian farmers was 55, and that the value of farmland and agricultural buildings that same year was $428 billion. It’s also estimated that within the next decade or so, half of all farmland on this continent could change hands.

Although agricultural real estate activity might not seem as glamourous as some parts of the property market, it’s big business in Canada. Agricultural land values have been increasing steadily for the past two decades—as little as six per cent in some years and up to 25 per cent in others—as the demand increases for a diversity of foods to supply not only our own people but those of other countries. Land can go for as much as $25,000 an acre in other parts of Canada; and where not protected as agricultural land may be scooped up for development.

Farming families who want to expand their farming operations in those areas cannot expand. No farmer can sustain the cost of farming at those prices. Land prices are much lower in the Maritime provinces, and those lower costs can be the difference between farming at a loss or for a profit. European farmers are also on the move to start anew. Marleen explains: “In recent years there have been many buyers who have been welcomed to the Maritime provinces to farm from the Netherlands, Switzerland, Portugal and Germany among other places—lock, stock and barrel.”

“We have three really great provinces for growing crops, a terrific land base, and strong farming communities throughout the Maritimes,” Marleen adds, “and there are enough farming communities with all the supports around them that producers need—including veterinarians, farm machinery and fertilizer dealers, feed mills, and such—as a result, a farmer doesn’t need to wait days to get something purchased or fixed when the sun is shining and crops need planting or harvesting.”

The biggest challenge Marleen faces in selling farm properties? “I normally have more potential buyers than I have properties for sale,” she says. Additionally, “to many people, retirement is age 60-65; but with farmers, it’s more a case of ‘when I get it right’ or ‘tomorrow…’ which doesn’t come quickly.” Warming to the theme, she adds… “they’re selling their homes, their lifestyle, their comfort zone and security blanket—selling is a big decision and scary to think about.”

One of the real pleasures of Marleen’s work is the rapport she develops with clients. “I work so closely with buyers and sellers that I get to know them so personally; I end up knowing their financial picture, their families, their stories, their strengths and weaknesses and their challenges as farmers.  I hear and feel their passions, dreams and fears; I find it an honour to share so much with them that it absolutely drives me to get the job done and well.”

One special touch she offers after moving day is a Dessert Social. “There’s no retirement party when someone gets out of farming, not usually, so I host a gathering and invite other farmers, the neighbours, other professionals who have been on the farm in one capacity or another…people can come out and pay tribute to the exiting farmer, but also it gives us a chance to introduce the new farmer to the community!”

Marleen has huge affection and respect for farmers. “They know what work really is, but they do it because it’s a passion,” she says. “They are providing for their families, and the next generations, and that work ethic, their passion and understanding for their animals and the land, the many skills they have…and they feed all of us.”

It’s no surprise that her mobile office bears the words “If you have eaten today, thank a farmer!” 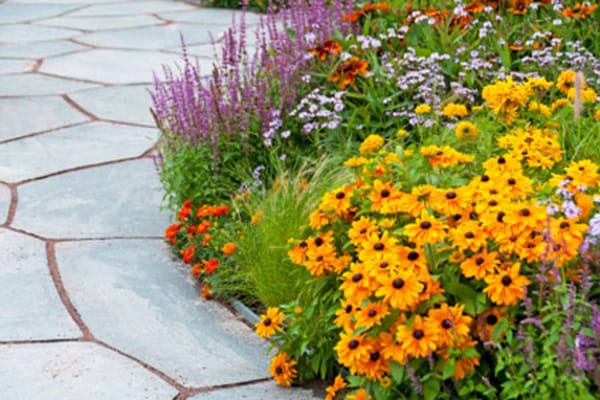 Winter has had me gazing out on nearly monochromatic landscapes of snowdrifts, dignified native spruces, firs, and pine, interrupted by sculptured limbs of deciduous trees and shrubs, or the defiant... 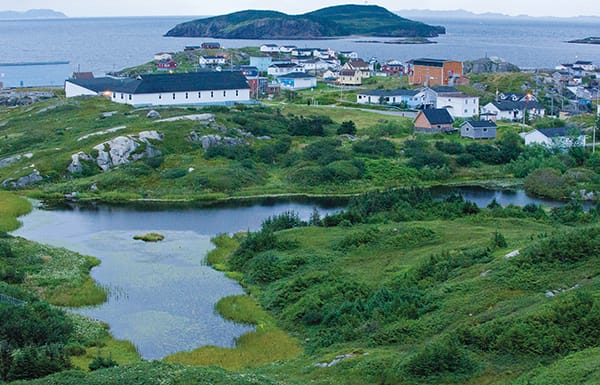 The Road to Burgeo

The road to Burgeo branches off the Trans-Canada Highway just south of Stephenville on Newfoundland’s West Coast, tracing a serpentine course, meandering first east then south. It hugs the walls of...

Retreat to the Bedroom

Making a sanctuary out of the place where you sleep