Setting up a solar hot-water system can really save on energy bills.

As energy prices continue to skyrocket, Atlantic Canadians are looking for ways to save money. Nova Scotia Power, owned by energy company Emera Inc., increased rates four times in the past six years and is doing it yet again. Effective Jan. 1, 2009 (pending approval of the Nova Scotia Utility and Review Board), rates will increase by 9.4 per cent. Gas and oil prices continue to climb dramatically, making basic household services unaffordable for some.

Whether driven by monetary, environmental or health concerns, many homeowners are examining alternative sources of energy. The biggest outlay in a modern home is domestic hot water, rather than space heating, say the experts. According to Ecology Action Centre's solar gain project and renewable energy coordinator Wayne Groszko, a simple solar hot-water retrofit is clean and can save the average household from 40 to 60 per cent in hot-water energy savings. After the startup costs, solar energy is…well, free!

But how does it work? Essentially, a solar hot-water system uses southerly facing solar panels - also called collectors - to absorb the sun's radiation. When a sensor detects that the temperature of the panel exceeds the temperature of the water in the storage tank, a fluid gets pumped through the collector, absorbing the heat. The heated fluid goes to a heat exchanger, where the heat is transferred to the water tank. When residents use hot water, cold water is drawn into the tank for circulating and heating. Since the sensor is also solar-powered, the system will heat water during power outages.

While there are seasonal systems designed to operate at above-freezing temperatures, Maritimers need a system that can work year-round. The flat-plate system with anti-freeze components and the evacuated tube collector are the best choices for practical, domestic year-round use. (See sidebar for details.) Year-round systems use a mixture of anti-freeze and water, preventing freezing in cold temperatures. Non-toxic, environmentally friendly propylene-glycol is a popular choice.

Running pipes into your oil or electric water tank is essential; these systems start up when there isn't any more stored solar-heated water. "Your backup system rarely kicks in when the sun is strong," says Don Roscoe of Solar Nova Scotia. The sun is lower in winter months, making spring, summer and fall better seasons for solar-energy collection.

To figure out how many solar panel collectors they will need, homeowners will have to determine how much hot water they use. Anyone with a pool will consume more than the average amount, for instance, but usually it's a 1:2 ratio: one panel will do for two people, two panels for four, and so on.

There is currently a modest list of companies in the region selling solar hot-water kits that also offer installation services. According to Conserve Nova Scotia's program administration officer Josh McLean, the unit and installation costs run the average household approximately $5,000 for a one-panel system, $6,500 for a two-panel, and $10,800 for a three-panel. With rebates (see box on previous page), the price of a $5,000 system goes down significantly, lowering a one-panel, installed unit to a cost of $4,200.

For do-it-yourselfers, the kit by itself will be significantly less and varies in price depending on the supplier. Stephen Cumminger of Sonideft Solar in Sackville, NS, quotes a price of $3,820 for a two-panel flat-plate system, uninstalled, without rebates. According to Halifax Regional Municipality inspector Gerard Donahoe, there is no certification or inspection required to install in HRM (people elsewhere should check with their municipal government), so anyone with basic plumbing skills can save money by doing it themselves, as long as they follow standard plumbing code.

Roscoe says that the retrofit is a great time to do a re-evaluation of your personal hot water use. He recommends upgrading to a low-flow shower head and a front-loading washing machine, which uses very little water and cleans more effectively than top-loaders, eliminating the need for hot water use altogether. "Eventually, we have to evaluate the whole issue of lifestyle. An 8-head shower head is not a smart choice if you want to save energy," says Roscoe, a solar home contractor.

This kind of retrofit has more than just a monetary value. "As we move forward into the future, with the increase in environmental awareness and the increase in cost of fuel," says Groszko, "solar systems and other alternative systems will be seen to have a higher value in houses. We should not simply be asking ourselves, 'Is this cost effective?' but, 'Do I want to do this?' and 'Can I afford to do this?'"

Roscoe points out that there is no recognition of solar value on land lots at the moment but he believes this will change when the public becomes more informed about the environmental crisis we are now facing. "At the moment, the home market is very conservative. You've got to make a decision beyond monetary savings. It's something to consider, but why is it that there is currently no value on the solar potential of a lot? That gives you an idea of how much progress we still have to make. When people learn about this stuff, they say, 'This is so simple. Why aren't we doing this?' We have to change our conventional ways of thinking."

Glass tubes, suspended in a vacuum, have a collector plate inside that absorbs solar energy and transfers it to the condenser. Heat is collected from the condenser using a fluid, and the heat is then transferred to a heat exchanger in the water tank.

A flat black plate sits under a glass cover inside a shallow box. Fluid-filled tubes are attached to the plate. The fluid absorbs solar energy from the plate and then flows into a heat exchanger or runs directly into a conventional system.

THERE’S NO denying that gravel can be a little rough around the edges. Some might go so far as to say it’s a bit coarse. Lack of refinement aside, gravel deserves more respect—and not just because... 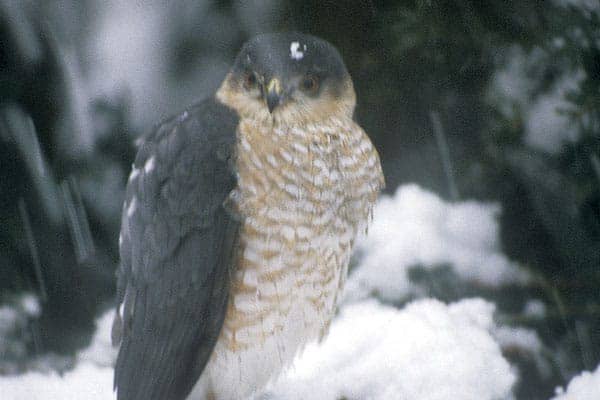 People are sometimes shocked to witness real-life wilderness action in their backyard. Birdfeeders attract winter flocks of small birds such as sparrows, juncos and finches; they also draw... 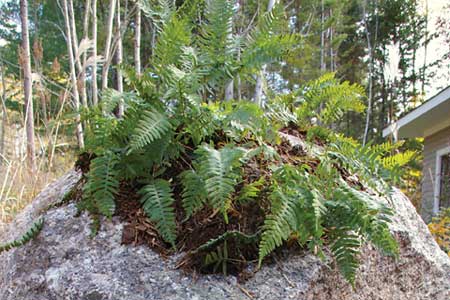 No matter how you cut it, grass is a problem-especially in the Maritimes where, with the exception of Nova Scotia, there are relatively more households with lawns than anywhere else in the country. Blame...