Home generators turn a house into a miniature power plant.

Hurricane Juan left hundreds of thousands of Nova Scotia and Prince Edward Island residents without power, some for almost two weeks, and White Juan knocked out its own share of power not long after. With ferocious storms hitting every few months and power companies unable to cope, Atlantic Canadians did the only sensible thing: they went shopping - and returned home with generators.

"I'm surprised at how many generators we sell," says Tina McIsaac, a manager at Home Depot in Dartmouth, NS, "especially when there's a storm or a storm warning. We transferred quite a few to New Brunswick in the spring when they had the flood."

Once used primarily for un-serviced settings like camps and construction sites, generators have become increasingly common for residential use. "We always seem to get one or two bad storms a year," says Bob Robichaud, a Halifax-based meteorologist with Environment Canada. Even in the absence of severe storms, moderately bad weather and accidents are capable of knocking out power, especially in rural areas. Without electricity, pipes freeze and pumps stop, making a reliable home generator much more than a convenience.

Move it or lose it

Portable generators run on gasoline or diesel, while stationary models (commonly called standby generators) are permanently installed and run on natural gas or propane. Portable generators are generally smaller and less expensive than stationary models, ranging in size from 900 to 10,000 watts, with regular prices from $300 to $3,000. These models use extension cords to connect to tools and appliances. Although they score top marks for versatility, portable units are not as convenient as stationary models, and it can be difficult to store enough gas to keep them going during a lengthy power outage.

For convenience and comfort, and to avoid having to slog outside at night in your pajamas to start the generator, consider installing a standby model. These units draw on fuel from the home's natural gas or propane supply. They're installed outside the house, and are wired through an automatic transfer switch into the electrical system. A transfer switch monitors the home's power supply, transferring power to the generator when the power goes out and transferring back to the utility when power is restored. Unfortunately, this convenience comes at a cost: anywhere from $3,000 to $10,000, including installation.

After losing power for five days during White Juan, Ivan and Ilze Herbert purchased a generator for their home and vineyard near Canning, NS. "I thought that it would be wise to have some power for essentials, so I bought one before the next winter," says Ivan. He went with a portable 5500 watt, $900 Coleman Powermate. It will run the water pump, two freezers, two fridges, the television, and some lights. "I had two connections made up," says Ivan, "one of them to run the pump in the garage and the other to run everything else via a cable passing through a conduit into the house." He attaches extension cords to the generator receptacle to power some appliances.

The Herberts have only had to use the generator once. "We could flush the loo, drink cold beer, watch the box, and eat," laughs Ivan. "What else would one want?" Ivan has put it to use in the vineyard as well, but admits that there are drawbacks to portable models. "To be fully prepared, we need at least a few gallons of gas on hand. A gasless generator isn't much use and if our power's out, the gas station's is likely to be out as well."

Because gas deteriorates quite quickly in a plastic can, Ivan adds gas conditioner/stabilizer and changes his supply every few months. From time to time, he starts the generator to prevent build-up that develops in the carburetors of most air-cooled small engines when they sit idle for lengthy periods. Then Ivan partially fills the gas tank and runs the carburetor dry, draining the tank afterwards to avoid clogging the needle valve.

Elaine and Darrell Slauenwhite, who live in a village outside Wolfville, NS, went with a portable generator. When there's a power failure, Darrell goes to the basement, throws a switch on the electrical box, pulls the Briggs & Stratton Pro 4000 generator out of the garage, and starts it. The house has a few circuits that are wired to isolate some essential appliances - freezer, fridge - and the pump and lights.

Their $1,500 model runs on gas, which they store at a safe distance from the house in 5-gallon containers. All things being equal, they would have opted for the convenience of a stationary, standby generator. There have only been two lengthy power outages since the Slauenwhites purchased their generator, but they have no regrets. "It's simply a form of insurance," says Darrell. "If you don't have to collect, that's wonderful."

Halifax residents John and Marion Newcombe went five days without power during Hurricane Juan. "We lost everything in the freezer," recalls Marion. The following summer they rewired their house, added a second propane tank, and purchased a 7 kW standby generator. Marion doesn't know how many times they've used it because it comes on automatically whenever there's a power failure, whether they're at home or not. Their model can power the entire house. "We don't light up the entire house," says Marion, "but if we want to watch TV, we can."

The installed price was about $4,000 from EnCom in Waverley, NS, with another $1,000 for the propane connection and a tank."Most of the models we sell are in the 7 to 10 kW range," says Barry Fegarty, a sales representative for EnCom.

A 7 kW generator will power about eight normal circuits on the electrical panel - half of the standard number for a 2,400-square-foot house. A kilowatt of output is roughly the amount required to power one circuit. It's not a precise formula, but Fegarty says that 10 kW will power 10 circuits, 13 will power 12, and 16 will power 16.

One size doesn't fit all

"Price is determined by size," says Darcy Eisner, the owner of Power Wheels of Truro, NS. To lower costs, select a size that will run only essential appliances and lighting. In addition to selling motorcycles, Power Wheels carries portable Yamaha generators that start at 2.6 kW for $849. His top sellers are the 4 kW unit for $1,949 and the $2,699, 5.2 kW unit.

Many appliances have labels that indicate the number of watts and voltage required. Most home appliances run on 120V, but some water pumps, central air-conditioning units and clothes dryers require 240V. After checking requirements, tally the watts or voltage of the appliances you would like to operate. Include hidden essentials like sump pumps and fans, and keep in mind that at start-up, some appliances draw two or three times their operating wattage. Take the information to a reputable dealer and select a size based on the maximum emergency load you will carry.

Prices vary dramatically from one make to another, as will the availability of parts and the potential for repair. Parts are readily available for popular makes such as Briggs & Stratton, Yamaha and Honda. As a guideline, if the make is unfamiliar to you, chances are that it will also be unfamiliar to your local service people.

With a hurricane season that runs from June 1 to November 30, and snowstorms arriving as late as April, it's a safe bet that Atlantic Canada will continue to be vulnerable to power outages. The safer bet by far is a reliable home generator. "I've got a nice big insurance policy sitting outside my house," says Barry Fegarty, who has one of EnCom's standby generators. "Bring on the storms!"

Land Grab - How to Protect Your Property

Since he bought his Northumberland Strait cottage nearly 10 years ago, Bill Porter has spent more than $35,000 just trying to hold onto his shorefront property. Having borne the brunt of many fall... 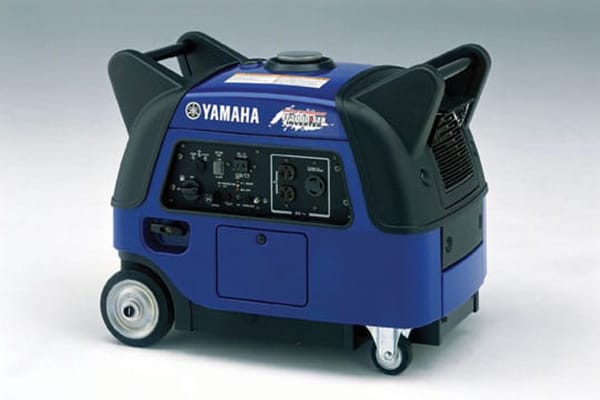 Power to the People

Hurricane Juan left hundreds of thousands of Nova Scotia and Prince Edward Island residents without power, some for almost two weeks, and White Juan knocked out its own share of power not long...

One of the reasons we have a pond on our rural Nova Scotian property is to celebrate our area's wild flora and fauna. Ours is a naturally wet area that we dug out late one fall to increase its depth...