This unassuming little fern may be the world's next super food.

They go in early spring, in small groups or alone, as they have done for centuries-some in canoes and some on foot, kitted out with small knives, buckets, bags and baskets. A small army of Maritimers spreads out, combing riverbanks and forest floor, seeking the much-loved little woodland fern known as the fiddlehead.

I grew up in northern New Brunswick and I can vividly remember warm sunny days in early spring spent beside local rivers with my family, picking fiddleheads. It was just something you did; part of a seasonal rotation of wild food harvesting that included picking strawberries in June, raspberries in July and blueberries in August.

Those days gave me a chance to run around in the woods with my brothers, and shake off the cabin fever. For us, fiddleheads marked the end of winter and the arrival of spring. And my, how we loved the reward of steaming bowlfuls of fiddleheads doused in vinegar and melted butter. Little did I know at the time that we were participating in a seasonal ritual that stretches back into the depths of our regional culture.

Fiddlehead ferns (or just plain fiddleheads) are the tender, unfurled fronds of the ostrich fern (Matteuccia struthiopteris). The name comes from the distinctive shape of the young fern's bud, or crosier, which looks like the top, or scroll, of a fiddle. Similarly, the fully-grown fronds of the ostrich fern resemble the distinctive feathers of an ostrich.

Ferns are one of the most primitive forms of life on the planet and have been around since well before the age of the dinosaur. Few of them, however, are edible and some are even toxic. The ostrich fern is one of the few exceptions.

The fern grows widely across the northern hemisphere-it is most commonly found in New Brunswick, Nova Scotia, southern Ontario, Quebec and British Columbia as well as in New England-but its use as a food item is largely restricted to north-eastern North America and, quite independently, to Japan, where it's known as kogomi. The Maliseet, Mi'kmaq and Passamaquoddy First Nations used fiddleheads as a valuable food and a medicinal tonic for centuries.

In the late 1700s, when United Empire Loyalists first settled in the St. John River Valley, they were ill-prepared for life in the Acadian forest-and especially for the harsh winters. The Maliseet taught the bedraggled newcomers many valuable lessons in survival, including how to find, pick and prepare fiddleheads in the spring. For natives and newcomers alike, fiddleheads were not only fresh food at a time of scarcity, they were also a much-needed shot of vitamins and micronutrients.

Maliseet traditional wisdom holds that consuming fiddleheads helps cleanse the body of impurities and toxins. Scientists have recently confirmed what aboriginal people have known all along-that fiddleheads are seriously good for you. In addition to being high in fibre, they are rich in iron, potassium, niacin, riboflavin, magnesium, zinc, phosphorus and vitamins A and C. Researchers at the Agriculture Canada Research Station in Kentville, NS, have also just discovered that fiddleheads contain twice the antioxidants of blueberries and, remarkably, omega-3 fatty acids that are normally found only in fish.

In other words, the unassuming little fiddlehead is a heavyweight in the health food department, and may well become the world's next super food.

Pick me a green bouquet

Fiddleheads rise up from beneath the leaf litter of the forest floor along rivers and streams in late April and early May. They are water-loving plants, growing in the rich silt and mud of forested floodplains and wetlands. Mid-river islands in meandering floodplains are particularly favoured by these plants. They like the shade of mature forests but can tolerate direct sunlight as long as the soil remains very moist.

The season is short, about three weeks across the region with year-to-year variations in timing based on weather. The emergence of a fiddlehead patch is triggered by the right combination of sunlight and warming temperatures-and it can happen quite quickly.

When picking fiddleheads, look for tightly curled buds that have just started to emerge and are showing an inch or two above the ground. They should be picked before the fronds stretch up and unfurl, when they become woody and unpalatable. It's important not to pick all of the emerging buds from the crown of any single plant. Pick a few fronds from each plant, leaving several fronds to grow out. If harvested completely, the plants will weaken and may eventually die.

Proper identification is also very important, given that other species of ferns may not be edible. Fiddleheads are distinguished by their deep green colour, and a thin, brown papery covering called the "chafe" that flakes off as the fronds unfurl. Another key identifier is that they are concave in shape all the way down the length of the fronds. Make sure to avoid picking the Brake Fern (Pteridium aquilinum), which is similar in size and shape and often grows in the same area as the ostrich fern, but is not edible. This fern can be distinguished from fiddleheads by its lighter green colour, and especially by a full covering of silver-grey fuzz or "hair" that is not found on fiddlehead ferns.

The taste of fiddleheads is often compared to that of asparagus, broccoli, green beans and artichoke. But comparisons don't really capture the uniquely delicious flavour of fresh fiddleheads. For many of us, they simply taste like spring.

If you like fiddleheads, chances are you're from New Brunswick-or you were introduced to them from someone who was. Although they are found across the region and indeed in spots across Canada, the farther you get from New Brunswick, the less likely it will be that folks have heard of them, much less eaten them. To this day, New Brunswick remains the epicentre of fiddlehead culture, hosting several local fiddlehead festivals and exporting hundreds of thousands of kilograms of fresh and frozen fiddleheads worldwide each year.

In season, top restaurants in far-flung places like New York, London, Paris and Tokyo will feature side dishes of exotic "wild fiddlehead greens."

Fiddleheads are now a seasonal staple at farmers markets and even mainstream grocery stores throughout the eastern US and Canada. Spurred on by increased interest and demand, companies are doing research to bring fiddleheads into industrial-scale agricultural production. In the meantime, picking them by hand in the wild remains the most popular and effective means of harvesting them.

I still look forward to this special time of year with great anticipation, and jealously guard the location of my small, secret fiddlehead patch (for fear of its plunder). I still thrill to the seasonal renewal all around me, at the river's edge, where the brown forest floor gives way to first life.

There is something special, too, about harvesting your own wild food. It speaks of a dimly lit past, something subtle but also deeply primeval-a brief connection with where food really comes from, and a visceral link to the earth upon which you kneel and the web of life from which you take sustenance. It is a good and proper thing for both body and soul.

As Maritimers with sore backs have known for centuries, there are few seasonal delicacies that can compare with a mess of fresh, wild fiddleheads.

How to prepare fiddleheads

The simplest (and some say best) way to prepare fiddleheads is to wash them a few times in cold water to remove the chafe, trim the ends, and then boil for 10 to 15 minutes, until tender and a bit limp. It's important to cook fiddleheads well-undercooked fiddleheads can cause foodborne illnesses.

Remove them from the hot water, serve in bowls with butter and a bit of vinegar or lemon juice and perhaps a pinch of salt and pepper to taste and-voilà, the classic "mess o' fiddleheads." They go wonderfully well with pan-fried trout or poached salmon.

Fiddleheads can also easily be blanched and frozen, allowing you to enjoy their flavour and health benefits all year long. Clean and boil them for about a minute, strain and then plunge them into cold water to stop the cooking process. Strain them again and put them in plastic bags with as much of the air and water as possible removed. They are then ready for freezing and eventually to be boiled from frozen and served just as you would fresh fiddleheads.

Recipes featured in this article 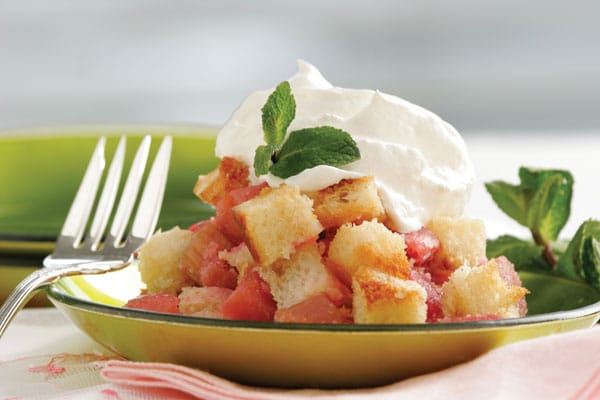 A Hunger for Food Names

From Kale to Cake – with Potts and Pans and Kettles for good measure – regional names offer a bountiful buffet. 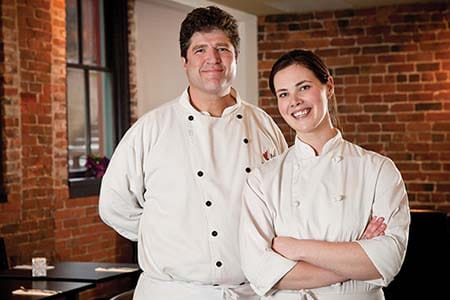 Chefs Kimberley Steele and Tim Muehlbauer, the husband and wife team who own and run East Coast Bistro in Saint John, NB, grew up on opposite coasts, but both got their love of cooking from their... 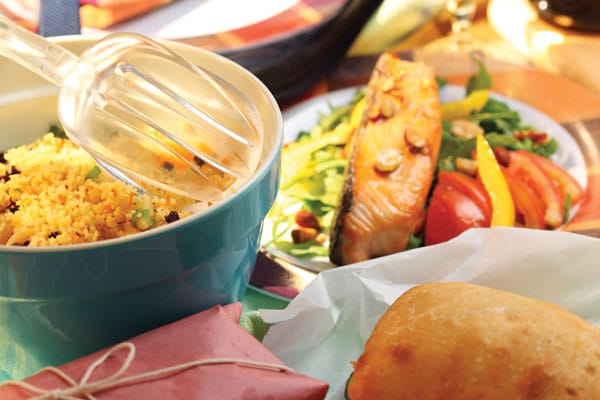 Make sure you pack a safe basket!