One man, one idea, one iconic business

In 1977, people the world over applauded when the space shuttle Enterprise flew on its own for the first time, Alex Haley’s Roots won a Pulitzer Prize, and Queen Elizabeth marked her Silver Jubilee. Closer to home, Billy Grant was 16 and finishing his Grade XII drafting and woodworking course at the Saint John Vocational School (now Harbour View High School). Little did he know how a chance conversation with a school chum in June of ’77 would alter the course of his life.

While riding home on the school bus, his buddy Stephen Hunter mentions that his dad is looking for someone to work for him at Lord’s Lobster (now North Market Seafood), at the Saint John City Market.

“Like to go in and speak to my dad? He’s at the fish market now,” Stephen asks.

Bingo! Before the school year finishes, Billy is working part time for Marvin Hunter, and by the time Billy turns 17 in July, he’s working there full time where he quickly learns how to handle, cut, and sell fish. Over the next 15 years, Billy also learns the ins and outs of the seafood industry: he even operates a small take-out restaurant for his employer.

“Then I decided I would do something on my own,” Billy says. “I knew that a space was available at the market, with a front entrance on Charlotte Street. So I spent six months just looking at it and talking about it.”

Originally, the soon-to-become-entrepreneur thought he’d open an oyster bar. After hiring an architect and looking at several drawings, he decided to include a large kitchen with a full menu and a fish market inside the restaurant.

Billy’s Seafood Company opened in January of 1993 with the tag lines, It’s a fish market; It’s a restaurant. The company is getting ready to celebrate its 25th anniversary with a major silver jubilee event this September!

How to eat an oyster according to Billy Grant

You have to let it go across your tongue, left to right, back and forth, up and down. Then bite into it and taste the meat. It’s just like a summery day at the ocean. Depending on where they are grown, each oyster has it own flavour. Some people like them with horseradish, lemon, or our special house sauce. I prefer them au naturel, just out of the shell.

“The unique thing about Billy’s is having the fish market right in the restaurant. But some people still don’t understand the concept,” he says with a wry smile, “they think the fish is just a display and don’t realize it’s for sale.”

Watching Billy wield a knife and fillet a massive halibut is like watching poetry in motion. He’s handled halibut upwards of 150 pounds, and sizes up portions within a gram of the desired weight, which he does using a steak knife in his left hand.

Mind you, if a certain teacher from his grade three class had had her way, Billy would now be right-handed. “She screamed a lot and always called me Danny,” remembers the lean and brown-eyed fishmonger. “She put the pen in my right hand and said if I didn’t learn how to write with my right hand I’d end up in the ‘opportunity class.’ She did everything but hit me with a hammer.”

When Billy Grant opened for business, although he knew a lot about seafood, he knew diddlysquat about operating a company and even less about leases, taxes, and managing cash flow. Within a few years he came close to going belly up but his dad stepped up to the plate with moral support and a significant injection of cash (which Billy paid back).

The young entrepreneur eventually figured out the business end and got things on an even keel. In 2004, Billy opened the Alister Room in the restaurant in memory of his dad who did so much to help his son succeed in those early years. It’s a popular place for private gatherings.

Some of the business mistakes still bring a smile to his face—especially those that didn’t cost a wad of money. For example, early in the game he had 5,000 postcards printed. One side featured Billy holding a huge halibut; the reverse side had a recipe with the headline: Shrimp in minuets. People quickly clued in that the headline should have been Shrimp in minutes. The staff still dished them out and customers chuckled.

Today, although he’s not rolling in greenbacks, Billy has a sound business and employs 14 people, including students, during high season. He still shows up six days a week and puts in a full shift as a fishmonger. After work, he heads to the gym in Brunswick Square for an intense weight lifting session followed by spin biking. It’s not uncommon for him to return to his shop and hang out with customers and staff.

Harry McGaghey started working at Billy’s back in ’93 and is the most senior staff person. Although he had a short hiatus and headed to Chicago several years ago, Harry’s worked at the restaurant/fish market for the better part of 25 years. He’s part of the institution and is both a character and a fixture there where he not only waits on customers, he also sings, cooks, caters, and hosts private functions. And Harry loves his boss.

“We all work for him because he just makes you want to come to work. We are family. We also fight all day,” says the veteran waiter, “brotherly and sisterly stuff. And we laugh a lot. Life’s too short to be too serious.”

One thing Harry has been privy to (which most people do not know), is the generosity and acts of kindness his employer extends to others. “Billy brings chowder to people in the hospital and donates big pots of seafood chowder to feed the homeless. He’s given free lunches: all from the heart. Every winter a woman comes in and he sends her down to Brunswick Square to get a coat and scarf—whatever she needs—they send him the bill.”

Harry knows the long hours and hard work that Billy’s invested in the business. “I’ve seen him on his hands and knees scrubbing the floors. People take advantage of him sometimes, but, he owns the business—even though I tell him I’m the boss,” Harry says with a grin, adding, “and I’m always happy to see his goofy face when I come through the door.”

Meanwhile, behind the seafood counter, Billy reaches for a halibut. Compared to some of the fish he’s filleted, at 35 pounds this one seems like small fry.

Billy grabs the fish by the tail and places it on the cutting table, just so. Then he does what he’s done thousands of times: he makes a couple of swipes with his steak knife and the fins drop; next the nape comes off and is quickly chopped into cubes for chowder. “We use the bones and the rest of the nape for fish stock,” he adds.

Then Billy eyes the fish for halibut steaks, taps his knife on the backbone, then thwack! And thwack! Again and again. Six strikes; six perfect 6-ounce steaks. Next a silent pass of the knife and voila! Made-to-order fillets. The tail, skin on, will be part of the seafood display in the showcase today.

As Billy tidies up, he remembers his grade three schoolteacher—the woman who called him Danny and tried to turn him into a right-hander.

“When I opened up in ’93, don’t you suppose that teacher comes in to the fish market and says, ‘Oh my goodness Danny, you’ve come a long way, haven’t you!’ She’s passed away since then. God love her.” 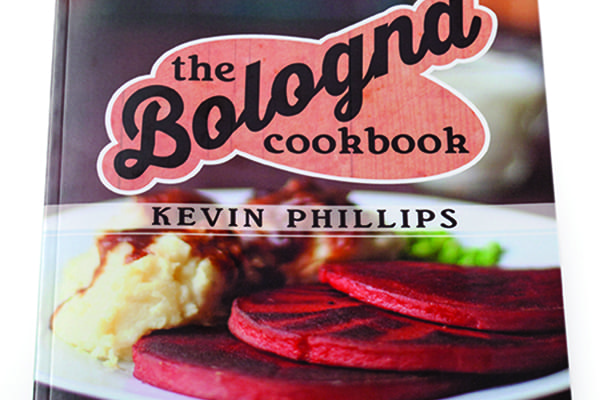 NEWFOUNDLAND is well known for its regional foods, and while bologna may not be everyone’s idea of haute cuisine it is a very important part of the island’s culture. Here in Atlantic Canada, most of... 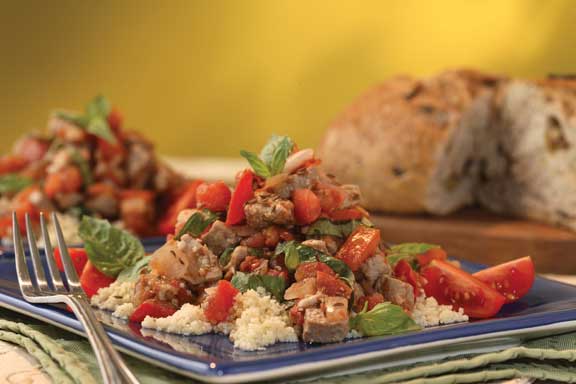 A Taste for Tomatoes

Goodbye off-season stand-ins; hello local "love apples" - and fresh ideas how to use them. 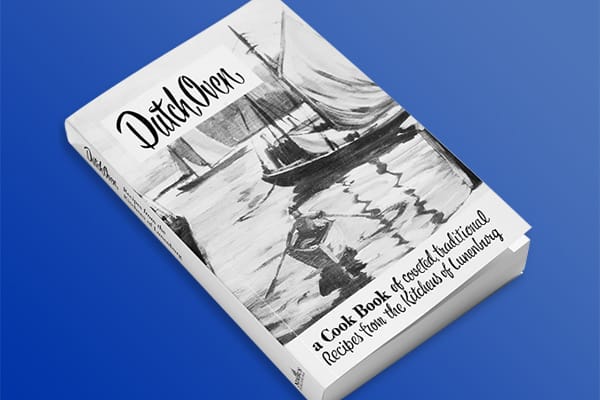 NEW COOKBOOKS come out every day, but once in a while it doesn’t hurt to dust off an old favourite. Dutch Oven, a self-described “cookbook of coveted, traditional recipes from the kitchens of...