Story and photography by Janet Wallace

Reg Phelan points to a sepia-tinted photograph over the couch in his sitting room. “These are my great grandparents,” he says proudly. His family, the Kennys and Phelans, have farmed the land outside Morell, PEI, for generations. Reg now grows certified organic vegetables, grain and wild blueberries and raises grass-fed cattle on his farm, Seaspray Organics. He and his wife, journalist and novelist Stella Shepard, live in the 150-year-old farmhouse that was built by Reg’s great-grandparents.

“When I was a boy, my brother and I milked the cows before going to school,” he says. He has a hint of an Irish-PEI accent but I think of Robbie Burns as he speaks. Maybe it’s his melodic way of speaking, or it was perhaps acquired after his many conversations with “the People’s Poet,” Milton Acorn.

Reg grew up hearing about people struggling to farm, from his ancestors in the 1800s to his grandfather.

“When I was young, it was difficult to make a living with the farming. So my father ended up doing carpentry work,” says Reg, “He would board in Charlottetown and come back on the weekends. Most of my uncles did the same—farming and carpentry. We ended up with my mother and myself and the oldest doing the farming.”

History repeats itself. Many years later, after finishing college and settling down to farm, Reg needed to take on carpentry jobs to pay the farm bills. Later, in his early 40s, instead of farming before going to school, he worked on his master’s thesis early in the morning, before farming.

In the one-room schoolhouse just down the road, Reg learned about Confederation and one version of the province’s history. His elderly relatives and neighbours had a different account. Their stories and songs chronicle the conflict between tenant farmers and ruthless land barons in the 1800s.

“Back then, PEI had a feudal system,” he explains. “After the expulsion of the Acadians, feudal landlords owned the land. The landlords were aristocracy, government officials and military generals. Many lived elsewhere, some overseas.”

Reg discovered that farmers fought against the domination of tyrannical landlords. They started by refusing to pay rent. Later, the struggle became violent but, overall, the resistance involved “little bloodshed,” according to Reg in his master’s thesis, Islanders and the Land.

Like his ancestors, Reg fights for farmers’ right. As Atlantic co-ordinator of the National Farmers Union, he has spoken to the federal and provincial houses of government and the media. Reg has a voice people listen to. Just as a whisper can draw more attention than a loud voice, Reg’s thoughtful soft-spoken manner and quiet approach are powerful.

The farming methods at Seaspray Organics are a mix of traditional and cutting-edge experiments. For example, the huge old barn has a clay floor and one side banked with a clay wall. These keep the barn relatively cool on hot summer days. But there’s also a big walk-in freezer for the blueberries.

Wild blueberries aren’t planted. Instead, Reg clears the woods to allow the sun to reach the plants. Human intervention is needed just for weed control and harvesting.

Unlike the perennial blueberry fields, the crops on the other fields change each year—from hay to grain to vegetables. Wheat, spelt and oats are sold to Speerville Mills; vegetables are sold at several farmers’ markets.

Reg has always farmed organically even before organic certification was available, as did his parents. “My folks just didn’t want to go into the heavy chemicals and heavy financing.”

In 1974, he graduated from UPEI but realized he had more to learn—the older farmers in the area were “a great resource.” The biggest market for organic produce was Halifax, a few hours’ drive and a ferry ride away, but that didn’t dissuade him. He would “haul a truckload of greens or turnips to Halifax.”

At times, Reg works with agricultural researchers to try out new techniques. At one point, he had a huge vacuum hauled behind the tractor to control Colorado potato beetles. “It would suck up beetles and blow them 40 feet into the air!” he says, shaking his head.

“See the gulls,” he gestures at the flock of birds following a tractor like gulls behind a fishing boat. “They know it’s an organic farm. They’re eating earthworms and beetles.”

At the composting site, gulls perch on huge piles of mussel shells. In the past, people used to use “mussel mud” as a soil amendment. They dredged the nutrient-rich sediment from riverbeds and estuaries. Reg mixes the shells with sawdust or straw, composts it and applies it to the soil. In doing so, he transforms a waste product into organic fertilizer. He has also explored the idea of using the ground shells as a source of glucosamine.

Cattle graze in the pasture next to the farmhouse.

“The Belted Galloways are pretty well suited to the climate here,” Reg says while approaching a heifer. This Scottish breed of cattle is sometimes called the “Oreo cow” because of the distinctive colouring—black front quarters, black hindquarters and a white middle.

“Sometimes you can walk up to them and pat them. But they’re always alert. They stick together like wild animals,” he adds. If they’re threatened—or feel threatened—they form a circle with the calves in the centre.

“Next to the Highland cattle,” adds Reg, “they have more hair than any other cattle and are able to keep warm. They lose [most of] the hair in the summertime. They look after themselves pretty well. If you get a bull with a good temperament, the rest of the herd will be fairly quiet.”

As Reg walks among the cattle, they stop grazing and look up. A calf, curious but wary, walks up to me. He backs off when he hears my camera click, but then comes closer.

Reg likes the sturdy resilience of the Belted Galloways. They don’t need grain, medication or much human intervention. They are also a link to the past. By raising the rare breed, Reg is helping to keep the bloodlines alive.

Keeping traditions alive is a driving force on the farm, even in leisure. Reg recently made a beautiful 16-foot cedar strip canoe. “The grandson likes to go canoeing,” says Reg. “But it’s mostly Stella and I who use it.”

Reg and Stella’s grandson spends so much time at the farm that he considers it home, along with his mother’s place and his father’s place. There’s a chance that he might want to take over the farm eventually, but that’s still a way off—he’s only 11 years old.

Meanwhile, Reg is mentor to Carina Phillips and Byron Petrie. Seven years ago, the young couple “just walked up the laneway and said they were looking for work.” Carina and Byron worked with Reg for a couple years and then bought their own land down the road. They built a house, started Thistle Dew Farm and, in 2016, got married.

Together, Thistle Dew and Seaspray Organics form Seaspray Organics Co-operative. Reg and Stella, Reg’s brother John, Carina and Byron farm together and market as a group. Reg goes to the market in Cardigan while Carina sells in Charlottetown and Byron goes all the way to the Moncton market.

Reg speaks about the couple fondly. They do the distant farmers markets with the early morning starts and long drives.

“I’m looking to retire in a bit,” he laughs. “I’m trying to ease out of it. I’ve already sold some cattle.”

“We wouldn’t be here without Reg,” says Byron as he collects eggs from the henhouse. “He sold us the land, helped us build our house and ploughed our fields. We ask him for advice on everything from what to do when the car breaks down to farm issues. I was a total greenhorn when Carina and I started working at Reg’s place. Reg taught me so much and still does.”

Carina and Byron are active in the farming community including the National Farmers Union. At first, people asked Bryon if Reg is his father—now Byron calls Reg his “Island father.”

As Reg teaches the next generation to farm, he continues the tradition. He passes on more than just farming techniques; he shares his passion for rural culture. In his writing and in his day-to-day activities, Reg shares the stories and the songs of the past along with those of contemporary poets and songwriters, such as Milton Acorn and Lennie Gallant. Using an expression cited in his thesis, Reg Phalen helps “put the culture back in agriculture.”

Caption: Reg raises Belted Galloway cattle, a Scottish breed sometimes referred to as Oreo cows because of their distinctive colour pattern. They are well suited to being raised in PEI. 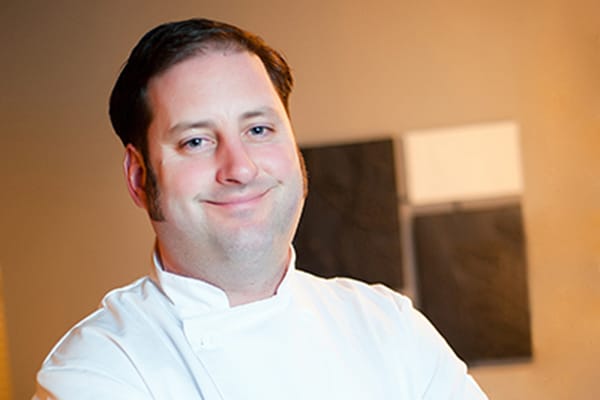 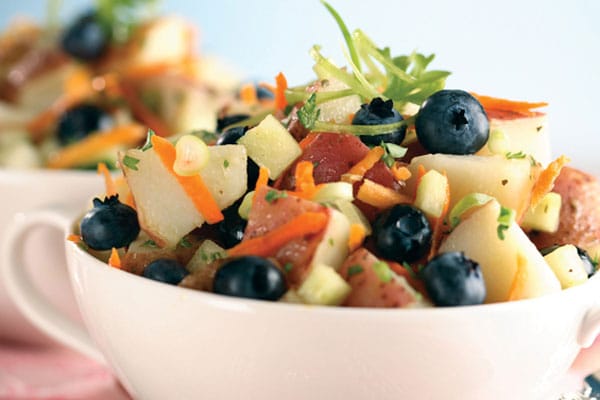 Seasonal berries offer juicy sweet (or tart) treats, adding local flavour to drinks, desserts - and everything in between.