While Amiel LeBlanc has had no formal training, he has loved cooking since he was a child. His love for spicy foods started as a teenager and his first batch of hot sauce was made as a gift for a fellow “chilehead” who had moved out West. Amiel sent a couple bottles out but unfortunately they broke in the mail so they weren’t received. Regardless, the ball was rolling. The remainder of the batch was packaged, given to friends locally and was very well received—and in demand! Suddenly Amiel was selling his hot sauces at craft shows. That was in 2002—a few years later, the hobby had morphed into a full time job and Amiel was selling his sauce to retailers around the Maritimes and beyond.

While it may seem that things just lined up and fell into place, the business hasn’t been without its challenges. Recipe and product development has all been trial and error, although it is Amiel’s favourite part of the business. He has a particular love for the creative aspect and says that the business is almost a by-product; given the choice, he would hire out the business duties and stay in the kitchen where he can keep exploring flavours.

Maritime Madness is located in Montague, PEI and Amiel readily admits that the island presents a geographical challenge for small manufacturers, regardless of the product. The island has a small population base, and is far from central as a shipping location—a situation that makes it difficult to get their product distributed economically. This location has been the company’s biggest challenge yet having their business on the island has also been their biggest success.

To Amiel, success is making a decent living doing something you love on a beautiful island where you’re never more than 15 minutes from the beach or a boat. His family loves living in a rural area on a mini farm, and overcoming the challenge of finding year-round employment in these areas is a great feeling. “Don’t get me wrong, I’m very happy with our sales growth,” he says, “But success in business is about finding a way to make your business facilitate the life you want to be living.”

In past years, Amiel grew a few thousand pepper plants on his own property in Cardigan. Last year he started working with two other local farms that grow a contracted amount of peppers for them. This brought them up from about 3,000 plants to 15,000 plants total in 2019. Many of the peppers they use are challenging to grow in our climate, but jalapenos grow fantastically well here and they are trying some organic habaneros in hoop houses thanks to the great folks at Maple Bloom Farm. That being said, they still need far more peppers than they can produce locally, and these peppers are sourced from Belize, Peru, and Costa Rica, depending on the time of year.

We asked Amiel what he would like people to know about Maritime Madness and he feels that the answer has probably changed a couple times since 2002! Right now, he feels like the company’s core identity is flavour.  Sure, they have some really crazy hot products, and those are fun, but they also have created more than 30 stock hot sauces to date, and the idea is that they have a flavour profile and heat intensity for every type of person, and  every recipe they are creating.

If you like heat AND flavour, they should have something for you, regardless of your heat tolerance. One of their most popular products is the Burn Bag, which has eight different mini sauce bottles so you can get a cross section of flavours and heat levels.

Right now, Amiel’s personal favourite is Classic Habanero. He tends to gravitate to simple recipes that showcase the flavour of the pepper, and sauces that go on a wide variety of foods. This one is super tasty with sweet onion, carrot, and lime juice; it’s a sauce that he uses almost every day.

Maritime Madness sauces are in close to 300 stores across Canada, including two outlet stores in Montague and Charlottetown, PEI. All Atlantic Sobeys carry a selection of up to a dozen sauces, depending on the location. Amiel also offer free shipping on four bottles or more anywhere in Canada, for more info visit the website at www.maritmemadness.com

Another of Amiel’s all-time favourites, Garlic Goodness, is showcased in this Philippine Style Mussel Soup. As an Islander, Amiel grew up on mussels, but the accompanying sauce was usually the straight butter dip. The broth is amazing on this one. 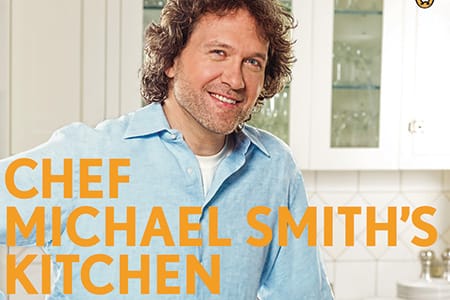 In the Kitchen With Michael

Michael Smith, one of Atlantic Canada’s most recognizable chefs, is back with a new cookbook featuring simple recipes for the home cook. Smith is a bestselling author and host of several food TV... 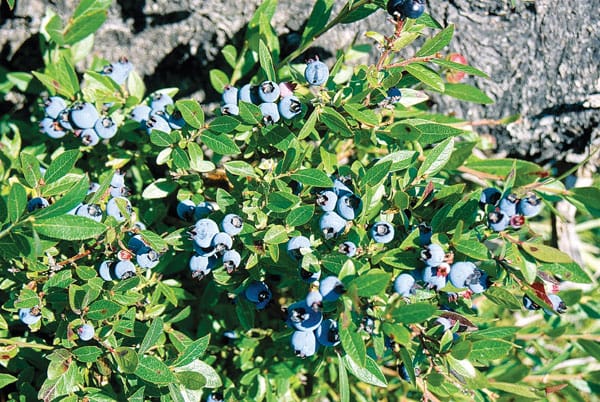 Like other Atlantic Canadians, Newfoundlanders enjoy jams and jellies made of strawberries, raspberries, blueberries, cranberries and red currants. But they go a step further with other berries they... 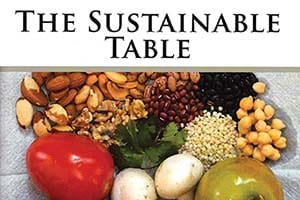 Homesteading on the Island

The Sustainable Table is a guide to living untethered to conventional food sources. PEI author Tracey Allen says she wrote the book “to give a starting point for people looking to simplify and save,...