It’s everywhere; it’s natural and a serious health risk. Each breath we take increases our exposure; it causes lung cancer and, each year, kills more than 200 of us here in Atlantic Canada. Few of us are mindful of this naturally occurring killer, known as radon gas.

A colourless, odourless, and tasteless radioactive gas, radon arises from the breakdown of uranium, in soil, rocks and water. It further breaks down into what are commonly called “radon daughters” that emit high-energy alpha radiation that causes extensive cell damage once inside our lungs.

Normally not a hazard outdoors, because of natural dispersion by the atmosphere, radon becomes a significant hazard when trapped in enclosed spaces like homes and workplaces. It enters buildings from the ground through openings–cracks in foundation walls or floors, utility penetrations, sumps and floor drains. Sometimes, building materials like gypsum board, bricks, cement and tiles emit radon. Potable water, if supplied from groundwater sources, can contain radon. It’s released from the water when we turn on taps, particularly showers. Overall, it can add up to two per cent to the indoor concentration. Municipal water supplies that come from large open sources, like lakes, do not pose a radon risk.

Experts world-wide now consider radon to be the leading cause of lung cancer after smoking. The World Health Organization estimates that, globally, radon gas causes tens of thousands of lung-cancer deaths every year. Health Canada puts the yearly number of radon-induced lung-cancer deaths in the country at approximately 3,360 or 16 per cent of all lung cancers. Using Canadian Cancer Society statistics, about 240 Atlantic Canadians died of radon-induced lung cancer in 2017.

While smoking is considered the major cause of lung cancer, those who do smoke are at up to six times greater risk because of a synergistic, or combined, effect between smoke and radon. Once radon is trapped inside our lungs the high-energy alpha-radiation daughters attach themselves to dust and smoke particles and irradiate lung tissue. This action and its resulting effect are believed to initiate the cancer process.

Prior to 2005, Canada and most developed countries used a radon guideline for homes based on the effects of radon on uranium miners. That year, the outcomes of two major new radon studies showed a direct link between exposure to residential-radon gas and lung cancer. Consequently, in 2007, Health Canada, with the cooperation of all provinces and territories, lowered the indoor-air radon guideline for yearly exposure; it went from 800 becquerels (800Bq/m3) per cubic metre of air to (200Bq/m3) per cubic metre of air. A becquerel, named for the Nobel Prize-winning French physicist, Henri Becquerel, is a radioactivity measurement representing one atom disintegrating per second.

Experts at Health Canada predicted the new guideline change would save approximately 350 Canadian lives annually; 25 of them in Atlantic Canada. The change also extended the guideline’s application to, “dwellings”, a classification used by Health Canada to define buildings that have high-public occupancy rates. This includes residential homes, schools, hospitals, long-term-care residences and correctional facilities.

Since the introduction of the new guideline, all governments in Canada have increased their efforts to help people reduce their radon exposure. The National Building Code now contains new measures that prevent radon, also considered a soil gas, from entering new buildings. Health Canada contributes radon expertise to the provinces and partners with other radon organizations in a country-wide “Take Action on Radon” campaign. National professional-proficiency programs have been established for those who test and mitigate for radon. The Canadian and provincial Lung Associations have become very involved. Radon detectors can be purchased from all of them and they have excellent radon information on their websites.

As in other jurisdictions, approaches to radon testing and mitigation in Atlantic Canada vary. Where testing has been done, radon levels have ranged from well below the guideline to more than 30 times above. A 2012 cross-Canada survey by Health Canada, showed 25 per cent of homes tested in New Brunswick were above the guideline. Since then, the province has tested and mitigated all schools and buildings owned by the government. Its provincial medical officers of health and lung association are strong advocates of testing and mitigation. The same survey showed 3.5 per cent of PEI homes above the guideline and, it too, has tested and mitigated its schools and some public buildings. Newfoundland and Labrador had six per cent of homes above the guideline and, at present, does not have a comprehensive radon testing or mitigation program in place. In 2017, Health Canada tested 12 public buildings in the community of St. Lawrence, on the province’s south coast, and found more than 30 per cent above the guideline. The highest level found was 1121Bqm3.

Nova Scotia has a long history of high radon levels and, not surprisingly, nine per cent of homes tested in that survey were above the guideline. The province has a well-established radon program in place that has tested and mitigated all schools. The testing and mitigation of public buildings is on-going. Its website has a map outlining the radon prone areas of the province and incorporates several informative links. Included is one to the Provincial public-library system where short-term radon detectors can be borrowed. This program, in partnership with the NS Lung Association, is unique in Canada and, according to library personnel, is one of its most popular special collections ever. Other jurisdictions are now contemplating this approach.

Despite the efforts of governments to address the radon challenge in schools and public buildings, few of us are testing where the potential to receive the most radon exposure exists—in our homes. Yet it’s easy. All we need is a simple radon detector, or test kit, a variety of which are available at most hardware stores or provincial Lung Associations. The cost is less than $75, including the cost of analysis. Easy-to-follow instructions accompany all devices and must be followed faithfully to ensure accurate results.

Because radon levels vary, based on factors like atmospheric conditions, geology, ventilation, lifestyle and others, long-term tests provide the best results. Health Canada recommends testing for 91 days, or more, in the heating season a period when indoor-radon levels can increase. We normally don’t open our windows and doors due to low outside temperatures resulting, in reduced fresh-air exchange.

Radon is heavier than air, therefore a detector should be placed, away from windows, doors or vents, in the lowest lived-in area of a home. A lower-level bedroom or in-home office, occupied more than four hours a day, are good choices. Once the test is complete the device is returned to the supplier and results are usually received within two weeks. Often in real estate transactions, short-term tests are performed to determine whether radon is present. National protocols are now in place for these tests, nevertheless, they should not be relied upon for stable planning, and must be followed up with one that is 91 days or longer.

If results from a long-term test in a home show radon levels above 200Bqm3, a re-test should be done. Once the number is confirmed, Health Canada’s mitigation protocol should be followed. That covenant recommends action be taken within one year if results are above 600Bqm3, and if between 200 and 600Bqm3 within two years. Sometimes, the home-owner can perform the mitigation process by filling cracks and holes in the foundation. However, if that is not possible, or successful, then a contractor with Canadian National Radon Proficiency Program (C-NRPP) credentials should be hired. Typical costs to mitigate a home range from $1,200 to $3,500 dollars depending on building complexity. Following mitigation, a follow-up test must be done to ensure success.

Convincing all of us to test our homes has been difficult to achieve. The reason—mitigation costs. Because these measures are preventative, and save lives, maybe new initiatives need to be examined that will help all of us help ourselves. Perhaps governments could offer tax rebates for those who test and fix their homes. An income cap similar to Nova Scotia’s Energy-Efficiency Program could be applied. Other considerations would be to make radon tests mandatory in real-estate transactions or be a condition for a mortgage approval. However, if investigated, these approaches would take time to implement.

In the meantime; remember, radon gas is a killer. Is it worth $75 to determine if the killer is in your home?

Caption: This image shows how radon can enter the home and the discharge system you can install to reduce it significantly. 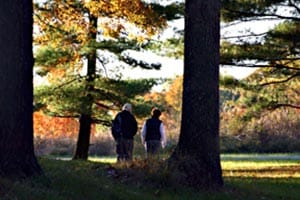 The Art of the Good Long Country Walk

Community programs are being geared to public needs, but rural residents are still challenged to find ways to exercise regularly. 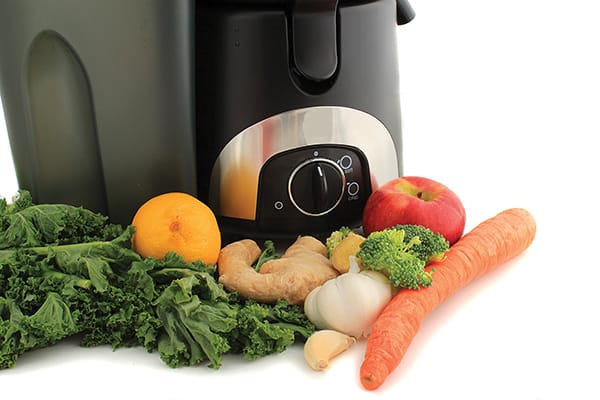 The juicing craze may not be the miracle dieting solution it seems.

Links between arthritis and depression