Should you get the new (expensive) shingles vaccine?

Her father-in-law is 93. “He fell ill about two years ago, and he ended up with shingles,” says Pat Chute. “I remember seeing it down his hips and the backs of his legs. It was red blisters, it was weeping. It looked awful.

She and her husband David operate the Cooper’s Inn in Shelburne, Nova Scotia. Her father-in-law’s case is just one of many on her mind these days. “We were hearing more and more stories of people having shingles and how painful it was,” says Chute. The gory details of these stories and her father-in-law’s illness scared her. “I’ve heard of people getting it on their forehead and their scalp. People would talk about the pain that went on for months.”

The stories drove the Chutes to act. “Hearing all that, I wanted to take measures,” says Pat. “When they announced this new and improved vaccine, I said I’m going for it.” Both she and David headed to the local pharmacy, TLC Pharmasave in Shelburne, to ask about the new vaccine.

When they spoke to TLC pharmacist and owner, Colleen MacInnis, the Chutes discovered that the new Shingrix vaccine would cost them more than $300 each. The price surprised them, but the Chutes knew they were at risk for shingles. Both are past 50 and had contracted chickenpox as children. Pat’s was a mild case, but at the age of nine, complications from David’s case resulted in encephalitis or swelling of the brain. He was hospitalized. The Chutes had no hesitation at paying the fees to protect themselves against what they knew could be a serious illness.

The microscopic beast that causes shingles is a virus, Varicella zoster, the very same that causes the familiar childhood illness we all know as chickenpox. Shingles (the scientific name is Herpes zoster (HZ)) occurs when the dormant chickenpox virus that’s sleeping in the infected person’s nerve ganglia becomes reactivated. That’s why anyone who’s had chickenpox should consider themselves at risk for shingles, especially later in life. According to Health Canada, “Age is the most important risk factor for development of HZ. More than two-thirds of the cases occur in individuals over 50 years of age.” The older the patient, the more severe the symptoms can be. “Up to 10 per cent of persons over 65 years of age will be admitted to hospital with an episode of HZ.”

Age isn’t the only risk factor, however. According to Colleen MacInnis, “Either you’re stressed out or your immune system takes a hit or you’ve been sick. Some people get it after an accident. Fishermen will get it from leaning over the side of the boat. The nerve itself becomes irritated, or the immune system that affects the nerve becomes worn out, and the chickenpox virus that’s been hanging out there for years shows itself as shingles.” The bottom line is, according to MacInnis, “Anyone over the age of 50 who has either had chickenpox or been immunized against it has the ability to develop shingles.”

Because the virus sleeps in the nervous system, when it awakens as shingles, it causes pain and unilateral vesicular eruptions (that translates as rash and watery blisters) in an area of skin with nerves from a single spinal root. This single root is also why shingles often erupts in a swath or stripe around the torso or elsewhere on the body. Because the pain is nerve-based, it can become so severe as to be considered debilitating and can last more than three months after the blisters and rash first appear.

Infection rates are high—up to 30 per cent of the population. While death from shingles is very rare (only about 20 per year in Canada) complications from the disease can be severe. The most common is Postherpetic neuralgia (PHN). Health Canada says PHN is “characterized by prolonged and often debilitating neurogenic pain that lasts for more than 90 days from the onset of rash. Because treatment options for PHN are of limited effectiveness, PHN often has major adverse impacts on quality of life.” They estimate about 130,000 new cases occur each year in Canada with 17,000 new cases of PHN. In older patients and those with compromised autoimmune systems and chronic conditions like diabetes, shingles can lead to complications like pneumonia, bacterial infection and nerve palsies.

There is a misconception that shingles is contagious. “You can’t catch shingles from someone else who has shingles,” MacInnis explains. “But if you’ve never had chickenpox or you’ve never been vaccinated against chickenpox and don’t have an immunity to it, you could catch chickenpox from someone with shingles. The first appearance of the virus has to be chickenpox.”

When Pat Chute talks about a new and improved shingles vaccine, she’s referring to Shingrix. It comes in two doses, an initial injection and then a booster between two and six months later. It’s only been around a few years, but healthcare professionals like Colleen MacInnis are strongly recommending it over Zostavax, the previous vaccine. “Shingrix is about 90 per cent effective,” says MacInnis, adding that no vaccine is 100 per cent effective. “I believe Zostavax was between 40 and 46 per cent. And Shingrix is certainly longer lasting, guaranteed for four years. In comparison, Zostavax immune rates were dropping after the first year. By year four, Zostavax is virtually not effective.”

In fact, says MacInnis, Shingrix is so new, it could be effective well beyond four years. “We’re following the ongoing data,” she says. Even those who have had the Zostavax vaccine in the past should consider the new Shingrix vaccine now because of the short lived protection offered by Zostavax. Because Zostavax is still on the market, MacInnis recommends asking specifically for Shingrix.

Still, cautions MacInnis, those numbers don’t apply evenly to all members of the public. “Younger patients tend to have a better immune response to the vaccine,” she says. “If you get it at 50, unless you are immunocompromised, your immune system is more robust. If you get it at 90, you’re probably not going to get a 90 per cent effectiveness rate.”

The downsides: side effects and expense

“I had side effects,” says Pat Chute, “which I wasn’t counting on. This was one painful shot in the arm. Holy smokes, it stung. I could hardly lift my arm for a day and a half. About two inches around the injection site became very red, angry, itchy, burning and sore.” Chute lost a couple night’s sleep and was about to return to the pharmacy when the symptoms subsided. “I never did ask anyone about it, but people said it was probably a very small case of chickenpox on my arm.” Her husband had no reaction at all.

Pat Chute’s reaction was not unusual, and she did not have chickenpox. “There are side effects,” says MacInnis. “Most people have a bit of a headache, some malaise or general flu like symptoms. Some people have itching or redness at the injection site, but that only lasts two or three days.”

“It’s similar for all vaccinations,” says MacInnis. “I like to say that if you feel like you’re fighting something off, you kind of are. That’s how you feel when your immune system is being activated—under the weather.”

While Pat and David Chute were willing and able to pay the fee for the vaccine, Pat says, “I think the cost is very prohibitive. I know a lot of people who say they can’t do it because of the price.”

MacInnis agrees. Even though the vaccine is tax free, she says, “It is prohibitive for some people. Hopefully at some point, the drug plans and government will realize that it’s more cost effective to immunize people up front than it is to spend the money to help prevent the complications of shingles.”

MacInnis has some money-saving suggestions. Not all pharmacies charge the same for the vaccine, so it’s worth shopping around. Some drug plans cover the shingles vaccine. MacInnis recommends getting the drug identification number from a pharmacy and calling the drug plan company to ask if it’s covered. She also says that pharmacists can do everything a patient needs for the vaccine from assessment services through to providing the required injections. However, each step has charges associated with it. But some, says MacInnis, are coming to her pharmacy with a prescription from their doctor. “There’s a bit of a cost savings,” says MacInnis.

Her most inventive tip is to put the vaccine on your wish list. “Some people are buying it as a gift for their elderly parents or loved ones,” she says. “We’ve had that at Christmas time.”

Should you get the new shingles vaccine?

If you’re older than 50 and have had chickenpox or been vaccinated against it, you are susceptible to getting shingles. This new vaccine is much more effective and longer lasting than the previous, but the older the person, the less effective the vaccine will be. Symptoms can be severe and even debilitating, but shingles is rarely fatal. The cost is definitely prohibitive for some. In the end, taking all these factors into consideration means that the decision to get the shingle vaccine is a personal call.

As for Pat Chute, she says it’s given her peace of mind. “I feel relieved. I’m counting on its effectiveness.” 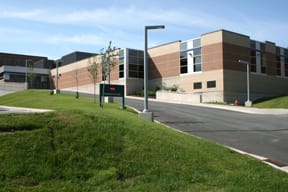 The New and Improved QEII Emergency and Trauma Centre

No one wants to end up in an emergency department, but if you do happen to be one of the approximately 60,000 patients who will be seen at the Charles V. Keating Emergency and Trauma Centre at the... 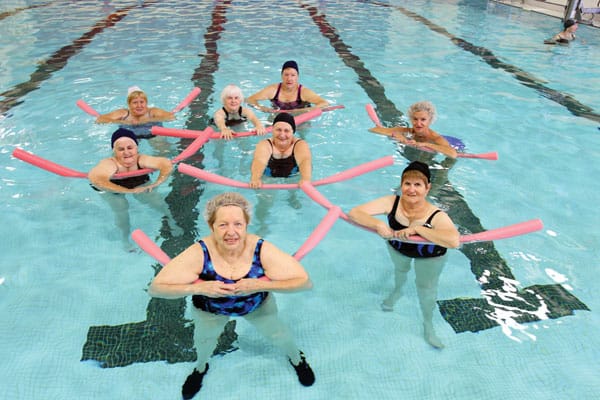 Taking action in the fight against arthritis.

It’s not quite that simple