A young paraplegic becomes her own advocate for accessibility

Casey Perrin was not about to let a set of stairs get in her way. Not after surviving an accident that paralyzed her and a meningitis infection that resulted in a brain injury.

On a Sunday afternoon in June 2011, a few weeks before her 19th birthday, Casey and a group of friends were travelling on four-wheelers on a gravel road near Oxford, Nova Scotia, when something went horribly wrong. The ATV Casey was a passenger on struck the wheel of another ATV and she was thrown off, landing in the ditch and breaking a vertebra in the middle of her back.

Twelve days after the accident and following two operations to put rods and screws along her spine, she contracted bacterial meningitis when a doctor apparently neglected to suture an incision after he removed a drain from her spine. Antibiotics, and the 24-hour vigilance of her mother, a registered nurse, pulled Casey through the six-week coma but the infection left her with impairments in her right arm.

“When I came out of the coma, I didn’t remember how to talk,” she says. “And my hand stayed like this” (she curls her hand and wrist against her chest). “It’s not my dominant hand anymore because I don’t have the same sensation in both hands now.” She can make a fist with her right hand, but she can’t curl her fingers around a pen.

By 2012, she was doing rehab in Halifax as an outpatient, so Casey and her mother, who drove her everywhere, moved in with Carol’s sister in Dartmouth.

“Aunt Karen went to MSVU. We were talking about what I was going to do, and Mom wanted me to try going to university. My aunt said, ‘Case, you can do it.’”

In the fall of 2013, Casey enrolled in one class, but it wasn’t until her second year that she came up against the reality of accessibility. Taking more classes in Seton Academic Centre, she discovered there was only one accessible bathroom in the entire building, and none on the fifth floor.

“That made me mad,” Casey said. “They made a big deal about gender inclusive bathrooms, but they didn’t care if there was an accessible stall.”

There was also a problem getting between buildings.

“The doors from the Link were very heavy. How was anyone with a disability in a wheelchair supposed to get into the library?”

She emailed then-president Dr. Ramona Lumpkin about the problem and “the next week, an automatic door was installed.” Casey was shocked this was the first time the president had heard about the issue.

When the university’s newest building, McCain Centre, opened in 2015 it was touted as being “100 per cent accessible.” Casey soon discovered no automatic door buttons on the outside of the bathroom doors while under the sinks, a piece of wood covering the pipes meant Casey’s knees hit that wood and she couldn’t fit to wash her hands.

“Anybody who is disabled doesn’t like code,” Casey says of the building code and the expression “it’s up to code.” “To be truly accessible, you have to go beyond code.”

When she had classes in separate buildings 15 minutes apart, and no accessible bathroom to use, she went to Accessibility Services and requested her class to be moved into the newer building. She suggested that her human rights were violated.

“The woman at AS said, ‘What records do you have of that?’ and I was like, you’ve got to be kidding me. I know a person’s rights are being violated when they can’t do something; how did she not know that? Apparently, the woman spoke to a lawyer who confirmed my rights were being violated,” says Casey, “and I received an email telling me my classroom was changed. All I wanted was to get to my class on time and probably use the bathroom first. They made such a big deal about it.”

The executive director of accessibility for the government of Nova Scotia, Gerry Post, has used a wheelchair for six years and admits he, too, was surprised by society’s resistance to providing accommodations for disabilities.

“A lot of people just don’t understand the challenges and the barriers that we face. I certainly didn’t seven years ago,” Post says.

He says it’s easier to build awareness with people than it is with institutions.

“With institutions, generally it’s about cost. Institutions have no problem saying all the right things but when it comes to allocating resources to make it happen, there’s a competition for those resources. The disabled community is gaining some ground now because there’s legislation in place dealing with accessibility.”

Post says Casey is right when it comes to the code, which deals only with buildings.

“The code doesn’t deal with exterior spaces: sidewalks, crosswalks, parks, beaches. With this legislation that we have now in Nova Scotia, there’s a commitment to develop six modern standards. We’re focusing on two of them right now: the built environment, which is what Casey is talking about, and education.”

There is a reminder that accessibility is about more than physical mobility.

“If you’re blind, it’s a whole different challenge, and if you’re deaf, that’s another challenge,” says Post. “Some people have multiple disabilities which become a real challenge as they compound each other.”

“When I was at rehab, they had a sports fair where they showed different sports you could do if you’re disabled,” Casey says. “That is so empowering for me.”

She became a para-athlete in 2013 and began competing in 2015, attending the Canada Games in 2017 where she won a bronze medal in shot put.

So when it came to graduating from university with an arts degree and a certificate in non-profit leadership (a goal that had not been on her mind when she was 18 years old), Casey was not about to let the stairs to the stage get in her way, especially once she was chosen as valedictorian for her class.

In order to graduate with her classmates and give her speech to a crowd that included her idol, Rick Hansen, who was receiving an honourary degree, Casey needed to wheel herself on to the stage.

Having had a class in the Seton Centre auditorium, however, Casey knew that wasn’t possible.

“It upset me because my professor had to push me up the ramp. I felt embarrassed,” she recalls. “Put me in a space where I can do things for myself. If it was a level classroom, no problem. When my professor had to do something for me, I felt helpless. He was nice about it. He probably felt good that he was helping me, but I felt terrible.”

At the start of her final year, Casey emailed the new president, Dr. Mary Bluechardt, and stated her purpose very clearly: “I want to graduate like everybody else.”

Picture a modern movie theatre: there are stairs on either side of the seats, and all the seats look down on the stage. This is the same layout as the MSVU auditorium used for graduation, as well as for classes. Until the spring of 2019, graduates entered the auditorium from the fifth floor and walked down the stairs. Anyone in a wheelchair would enter from the fourth floor—by themselves. For Casey’s graduation, everyone entered from the fourth floor and walked up the stairs. The stage was levelled so no ramp was needed at all.

According to Casey, the project manager for the reconfiguring of the stage has a daughter who uses a wheelchair. “He said, ‘I need to do this for her.’ He knew exactly what I was dealing with.”

Independently and with dignity, Casey wheeled herself onto the stage to give her valedictory speech.

Gerry Post was a guest at that MSVU graduation ceremony and witnessed Casey’s achievement.

“It was an incredible day for her, and she deserved it for her advocacy,” he says adding that there’s been a change at that university because of those raising awareness about accessibility issues. “They’re doing some good things now at the Mount, and in fact, at most universities. There’s a commitment now from all the university presidents to prepare accessibility plans for their campuses.”

Now 27, Casey believes her disability hasn’t limited her all, and she shared that in her speech on May 17.

“My advice to you is be your own advocate and don’t let anyone stop you,” she told her classmates. “Fight for your dreams, believe in yourself and stand up—or in my case sit down—for what is right.” 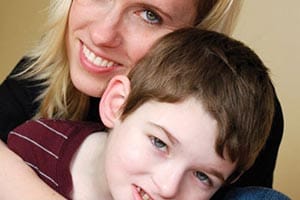 Society's perception of children with disorders has changed dramatically in recent years. 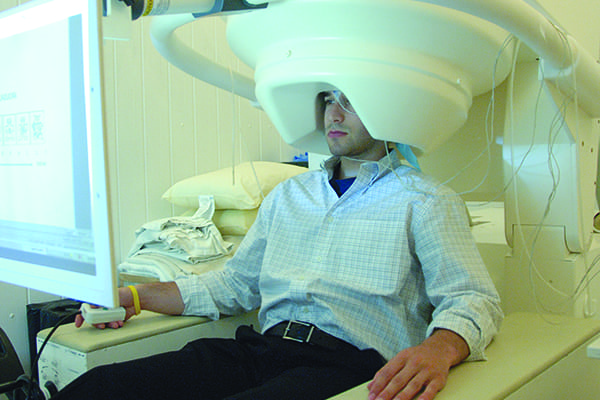