Why the 10,000-steps fad is both bogus and beneficial

Two years ago, at the age of 59, Melda Roache Clark described herself as morbidly obese. At more than double a healthy Body Mass Index for her five-foot two-inch frame, she was in heart attack territory and suffering the physical effects of obesity.

“Every step is a struggle,” says Roache Clark. “Your feet hurt all the time. Climbing up hills or stairs, you’re huffing and puffing. If you have grandkids, you can’t keep up with them. There are a lot of things you just wouldn’t bother participating in.”

As she grew older, she gained weight because of a job that kept her seated all day, a sedentary lifestyle at home, a poor diet and “a long history of major clinical depression. It’s been very hard to be active because it took every bit of energy just to put one foot ahead of the other.”

One day, in the summer of 2017, Roache Clark simply took a walk. “The sun was shining or the universe was aligned just right. Anyway, I seemed to have a little bit of extra energy,” is how she puts it. She left her house where she was living in Ontario and walked along the highway a couple hundred metres. “I wondered if I was going to stay alive long enough to get back home,” she says. But she made it back home, and a few hours later took a second walk.

The next day, her shins and ankles ached. The soles of her feet felt like they were on fire. It was the first time she’d walked any distance for 13 years. But, in spite of the pain, she took another walk. On the third day, she drove into town and walked around. Her last stop was at a shoe store where she bought better footwear. Each day, she walked a little further, but each day, she suffered more pain in her feet and legs.

While Roache Clark knew she was pushing it, she fought through the pain and continued walking and reaching for her new goal. She bought herself a Fitbit and began keeping a record. “I find numbers very motivating. Committing to 1,000 seemed very doable. I started it in August and by September I got to 10,000 steps.”

Roache Clark is part of a worldwide fitness craze focused on reaching 10,000 steps daily. Devotees are on the streets, glancing at their electronic pedometers. They’re on the treadmill at the gym, working toward their daily goal. They’re on social media, posting another consecutive day of reaching that magical milestone.

Bloggers, public service organizations and health gurus around the world have made it part of their activities and promotions. Roache Clark herself wrote about her experience in a couple of posts on her blog. The fad began more than half a century ago on the other side of the world. In 1964, Tokyo hosted the Olympics. At the time, walking clubs were popular in Japan. A company called Yamasa created the world’s first wearable pedometer and a clever promotional campaign to cash in on the big event. They named the device the manpo-kei, which translates as the 10,000-step meter and marketed it with the slogan, “Let’s walk 10,000 steps a day.” The fad of counting 10,000 steps took off because of a catchy idea, an impressive, round number and a fancy piece of new technology.

According to Korede Akindoju, “There really isn’t a lot of research that 10,000 is a magical number.” Akindoju is the wellness facilitator and physiotherapist with the community health team for Bedford, Sackville and Halifax. She says that while no minimum daily step count has been identified to stay healthy, “Some studies mention 7,500, others 8,000. I’ve seen some as low as 5,000.”

Still, Akindoju understands the attraction of 10,000. “The number is really simple to spit out, so people have just run with it.” Different numbers are appropriate for different people, she says. The goal should vary according to circumstances, including—as Roache Clark learned—how new people are to this kind of exercise.

“We know that some determined individuals with chronic conditions may only get 3,000-5,000 steps per day, but they’re making that effort to be active, and that’s important.” For the average person, she adds, “If you’re completing 5,000 steps, it’s certainly better than zero, and you’ll see the benefits.”

Regardless of the step count, walking does indeed have significant health benefits. According to a Harvard Medical School study, “Walking can have a bigger impact on disease risk and various health conditions than just about any other remedy that’s readily available to you.” Harvard quotes Dr. Thomas Frieden, director of the Centers for Disease Control and Prevention, who claims that walking is “the closest thing we have to a wonder drug.”

The authors of the study write, “Walking for 2.5 hours a week—that’s just 21 minutes a day—can cut your risk of heart disease by 30 per cent.” The authors cite other studies that have found walking to be “as effective as drugs for decreasing depression.”

Canadian guidelines on physical activity are offered in measurements of time rather than steps. The Heart and Stroke Foundation recommends 150 minutes of physical activity per week for adults. Each period of activity needs to be at least 10 minutes. Kids need more, at least an hour each day. On its website, Doctors Nova Scotia reports that only 15 per cent of adults and nine per cent of children in Nova Scotia are meeting those guidelines.

Still, the number 10,000 remains important to many people. It has clearly worked its magic on Roache Clark. Because she’s a blogger, she could make her progress public, which was a way to further commit to her larger goal of a healthier lifestyle that included improvements in her diet. She’s lost 100lbs. and says, “The abundance of energy is the most beneficial part and being able to keep up with my grandkids.”

Walking does have limitations and downsides. Akindoju is concerned that a strict walking regime could prevent people from taking on rigorous exercise that’s so important for heart health. She says, “The beauty is, you can accomplish Canadian physical activity guidelines doing a number of activities. At the end of the day, we should be focused on moving more, rather than on a number.”

As for Melda Roache Clark, she retired to Nova Scotia and pushed herself to 20,000 steps per day by adding a strong motivational element—collecting and bagging litter from the roadside. 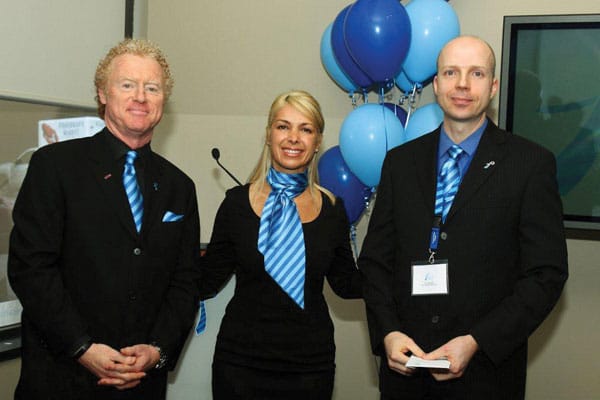 Prostate cancer patients at the QEII Health Sciences Centre in Halifax will soon benefit from a dedicated MRI, thanks to a recent gift from Prostate Cancer Canada to the QEII Foundation. 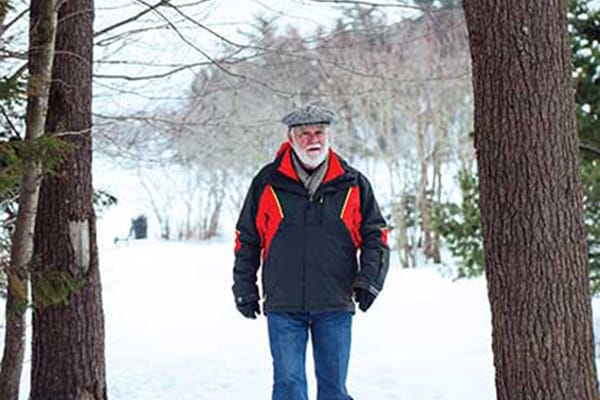 After suffering a head injury last fall, Peter Martin gained a whole new perspective Until recently, Peter Martin fit the stereotype of the stubborn guy who will go to great lengths to avoid seeking... 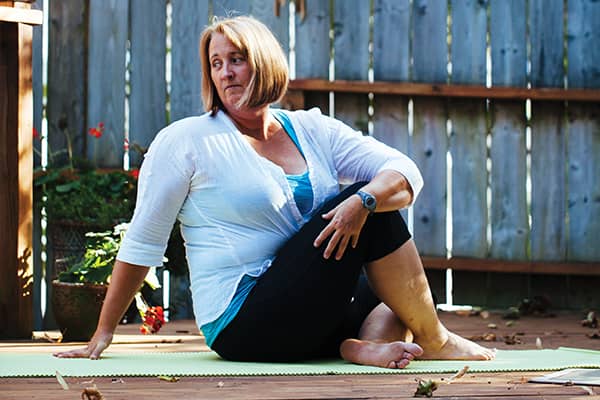 After a shoulder injury sent her to hospital in excruciating pain, Donna Gillespie was desperate for relief but wary of resorting to pain medication, as she prefers to avoid pharmaceuticals whenever...