If you're hoping to avoid the flu this season, you'd do well to take your mother's advice-eat good, wholesome foods; get some exercise; avoid stress; get enough sleep-and, darn it, wash your hands constantly!

Since pandemic flu arrived well in advance of the typical flu season this year, the message from public health officials has been loud and clear-it's up to you to help keep yourself well, and to keep influenza viruses from spreading. The new buzzwords of the pandemic are "respiratory hygiene" and "social distancing." And the tactics are fundamental and simple:

Wash your hands frequently and thoroughly, cough or sneeze into the crook of your elbow, sanitize household surfaces regularly, and if you're sick, stay home.

As you surely know by now, this year's flu season stands to be one of the most challenging in decades. In Canada, the typical flu season runs from November to April, and is fairly predictable in terms of who may be at risk (younger children, seniors over the age of 65, and those with chronic health conditions). This year, the novel H1N1 Influenza Pandemic Virus is also circulating widely, and confounding many health officials' assumptions about influenza, including who may be most vulnerable. New understanding about the pandemic flu emerges almost daily, but it appears that people under 50 are at greater risk of contracting H1N1. And those with underlying chronic illnesses (particularly pregnant women and those with asthma, diabetes, heart disease, or chronic lung disease) could be more likely to develop complications from the infection.

Health officials can't even say with complete certainty how flu viruses are transmitted, but it appears that both seasonal influenza and the new H1N1 virus are spread mainly via droplets that are expelled through speaking, sneezing, or coughing. These viruses then make their way into the body by way of the mucous membranes, usually by touching your own mouth, nose or eyes. The best advice if you're not infected, according to the World Health Organization, is to keep a distance of at least a metre from anyone who is displaying the symptoms of influenza.

But even if you don't belong to one of the high-risk groups, and you're not in close contact with someone who has been infected with the flu, this is no time for complacency. You could pick up the virus without even knowing you've been exposed. The Public Health Agency of Canada says that the H1N1 flu virus can live on hard surfaces like stainless steel and plastic for 24 to 48 hours, and that you can become infected for up to eight hours after the virus has been deposited. On soft surfaces, like cloth, paper or tissues, H1N1 survives for 8 to 12 hours, but you are probably only vulnerable to infection for a few minutes after the virus has been deposited.

So, how can you protect yourself, short of spending this fall and winter encased in a protective bubble or a glob of sanitizing gel?

Public health officials, including Nova Scotia's Chief Medical Officer of Health, Dr. Robert Strang, advise that immunization is your best defence against any form of influenza. That applies for both seasonal and pandemic flu, although the risk groups and recommendations regarding vaccines differ. You can find the most up-to-date information on immunization through the Public Health Agency of Canada's website, publichealth.gc.ca.

And here's some motherly advice to add to the vaccination equation: maybe you should just adjust that attitude, Missy. Research has shown that a positive outlook (in this case a positive outlook achieved through meditation) may actually improve the body's response to the flu vaccine. Stress, on the other hand, has been shown to result in a poor antibody response to the influenza vaccine.

But apart from immunization and a good attitude, there are things you can do to help nurture a vigorous immune system and build up your defences against flu. Dr. Cheryl Lycette is a Halifax naturopathic doctor who says many of her patients have expressed an interest in doing just that.

First, says Dr. Lycette, she reminds her patients that they need to look after the basics. "In naturopathic medicine, a big part of what we talk about is basic health. It's incredible how many people don't get enough sleep, drink water, and eat good food. It's as if they think someone else is in charge, and then they're surprised when they get sick."

Only after that, Dr. Lycette says, does she look at dietary or other considerations that could help boost immunity. She says garlic and onions are "fantastic for the immune system," since they are "highly antifungal, antiviral, and antibacterial." In fact, garlic has been used in traditional medicine for centuries in the fight against bacterial and viral infections, and for enhancing the immune system. And although science has been slow to examine garlic's potential medicinal qualities, one Japanese study has found that garlic can inhibit the growth of influenza viruses.

Echinacea, like garlic, has been used by traditional herbalists for generations as an immune support, yet modern studies have shown only mixed results. Dr. Lycette counsels caution, suggesting that it's best used only for short periods. "The thing with Echinacea is that it makes your immune cells work a lot more efficiently, but it really revs them up and makes them mature a lot faster. They've done some really good studies which show that after taking it every day for 10 to 14 days, it just doesn't work as well, because you just can't push something that hard for such an extended period of time." She suggests that Echinacea is best used at the onset of symptoms, and that those with autoimmune issues like allergies should be very careful, because the herb can over stimulate the immune system.

Another potential immune-boosting herb is Astragalus, which is rich in immuno-supportive properties. Dr. Lycette says she highly recommends the use of Astragalus supplements for flu prevention. "It's really an immune tonic. It's what they call an adaptogen, and adaptogens are fantastic if any part of you is a little sluggish or not working efficiently." Astragalus has also been used for thousands of years, particularly in Traditional Chinese Medicine, to strengthen the body against disease, and can be taken as a tincture, a tea, or a standardized supplement.

{sidebar id=26}Gradually, many of these long-accepted wisdoms of holistic nutrition are coming under the scrutiny of medical science, and the results are beginning to show promise. Elderberry is yet another botanical which has been reported to have antiviral properties, and several studies have indicated that elderberry extract can effectively inhibit influenza strains, and may be useful for the treatment of viral influenza infections. Similarly, Olive leaf extract has been shown to inhibit the replication of viruses known to cause flu, and enhances the immune response to viral infection. But a note of caution: the use of botanicals and herbs isn't without risk; there can be serious side effects and interactions. A health-care practitioner should always be consulted before taking any kind of supplement.

As for the fundamental question of why some people will get the flu and others won't, science still has a long way to go. Some researchers are exploring some controversial, but fairly compelling, arguments which suggest that climate-related Vitamin D deficiency could have a significant effect on our susceptibility to flu during the winter months. A recent Virology Journal review looked back on years of experiments in which test subjects were directly inoculated with flu, yet fewer half of them generally got sick, and speculated that differences in Vitamin D levels among subjects might be at play. One study even showed that certain doses of Vitamin D could produce enough of a naturally-occurring antibiotic to cure viral respiratory infections such as influenza. Still, it's too early to suggest that Vitamin D could be used to prevent or treat viral infections. As the research points out, "such a theory awaits further science."

And there is one other group of weapons in the traditional medical arsenal against flu-antiviral drugs such as Tamiflu (oseltamivir). But Dr. Todd Hatchette, Director of Virology for the Capital District Health Authority in Halifax, points out that there is controversy over the use of antivirals as a preventative measure. Dr. Hatchette says the major downside to the prophylactic use of antivirals is that there is potential for the virus to mutate and become resistant. "And because we have relatively few antivirals," he says, "that could become a problem." Canada's Chief Public Health Officer, Dr. David Butler-Jones, is currently recommending that antivirals be used prophylactically only to prevent the spread of illness in closed settings, such as hospitals and long-term care facilities. Otherwise, antivirals should be reserved for treating the flu when the illness is moderate to severe and the patient is at risk for complications.

It's going to be a tough flu season, and it will pay to stay informed. "Still," says Dr. Strang, "It's all about balance. If you're not sick, enjoy life. Go about work, home, play, like you always do, following some basic precautions." And sounding much like your mother would, he adds, "including washing your hands."

Getting the best out of your dental plan. 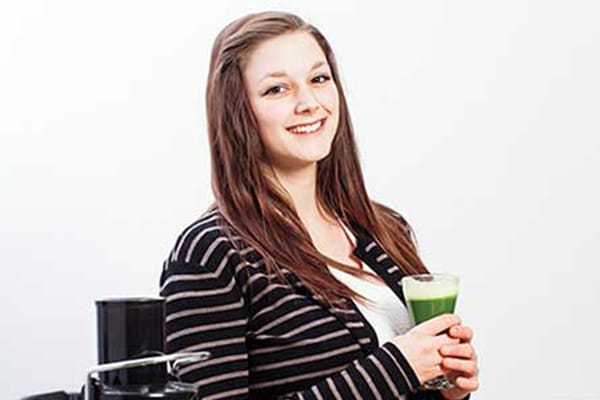 When I took the Dr. Oz Toxicity Quiz that asks, “Are you Sick?” I got worried. My score of 73 placed me smack in the middle of the third of four levels of illness. I scored particularly high in... 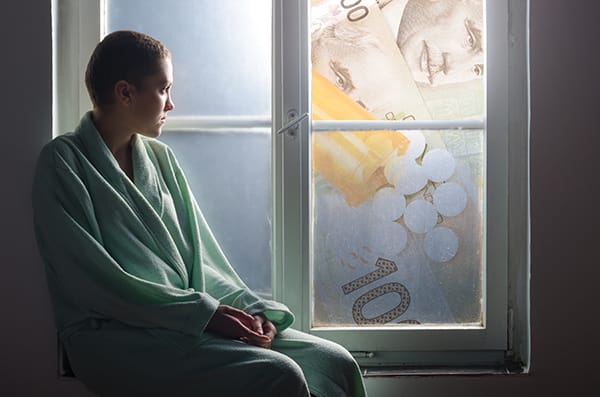