Our intrepid writer joins the crew of the Matthew to map the Minas Channel and Basin.

It’s not every day that a writer struggles into a brilliant orange survival suit on her community wharf—to the great amusement of onlookers—and jumps aboard her personal taxi, a Fast Rescue Craft (FRC) or Zodiac launch, to be whisked away across the water to visit a research vessel working in her “backyard.” But that’s what happened to me. A couple of days last spring, I was invited to join the captain, crew and staff of the Matthew, the Canadian Coast Guard hydrographic research vessel working on updating charts in the Minas Channel and Minas Basin.

Mariners of all sorts, be they cargo-carriers, fishermen, or pleasure boat operators, rely on accurate charts to help them safely navigate. The Canada Shipping Act requires that mariners carry the most recent editions of charts, publications and documents for the area in which a vessel is operating. If the navigator of a vessel under 100 tons has adequate knowledge of shipping routes, lights, buoys, and navigational hazards, as well as prevailing weather patterns and navigational conditions, the requirement to carry charts can be waived.

But the sea is unpredictable, and most smart mariners make sure they carry charts.

Charts are updated on an ongoing basis and are a responsibility of the Canadian Hydrographic Service as well as the Geological Survey of Canada (under Natural Resources Canada). Cartographers and hydrographers use sophisticated equipment such as a multibeam sounder to probe ocean depths, mapping out ocean-bottom landforms, depths, and other features to create charts. The researchers use several vessels from the Canadian Coast Guard, including the Matthew (named after John Cabot’s vessel) and the Frederick G. Creed, as well as smaller inshore launches, to map out the depths. One of the largest updating projects currently underway is a revamping of all charts on the Bay of Fundy, including Passamaquoddy Bay, the Minas Basin and the Minas Channel—my backyard.

As the FRC rocketed us across the bouncing swells of the waters of Scotts Bay, out to meet the Matthew as she steamed down the Minas Channel past Cape Blomidon and Parrsboro, we gave a wide berth to the 8-knot riptide that charges twice daily around Cape Split. My longsuffering spouse is a retired lobster fisherman who also used to run boat tours in the off-season, so I’ve been out around the Split many times, and know a little bit about the way the sea floor changes depth and texture many times in a small area. But I also knew that the technology aboard Matthew would be far more sophisticated than the colour sounder we had on our Cape Islander, and was keen to meet the researchers who work on charts.

Upon reaching the Matthew and having the FRC winched aboard, I met with senior hydrographer Mike Lamplugh and geophysicist Russell Parrott, who showed me around the various labs and gave me a basic course in the what’s-what of chart-making equipment. The most important—and priciest—piece of gear is an EM710 multibeam sounder, made by Kongsberg and one of the most sophisticated sounders on the market today. Any sounder sends an acoustic pulse to the sea floor, which then bounces back to the receiver; the time delay between send and return tells researchers what the water depth is. Whereas the sort of sounder onboard a fishing vessel would send one pulse, the multibeam sounder can send 400 pulses on every ping, in a fan-shaped swath below and beside the ship.

Although the Matthew has a shallow draught, she can’t venture too close to shorelines. To scan the bay bottom near the shore, the ship carries two 32-foot launches, Pipit and Plover. Each day, weather conditions permitting, the two vessels are launched and crewed by one operator and one researcher, who work the shoreline with their smaller multibeam arrays. Data from their computers is added to the hydrographic information processing system analyzing the data.

Another curious piece of equipment is brought to my attention as I eat lunch in the mess hall with the ship’s captain and the scientists. A regular chirping sound can be heard over the normal shipboard noises, and this is part of the 3.5-kilohertz sub-bottom profiler, which penetrates the sea floor up to 15 meters deep. Russell Parrott and his associates use the profiler to map the softness and hardness of sea bottom sediments. The profiler’s probes have yielded some fascinating surprises over the course of this project. Russell shows me sea floor images of scours and pits made by icebergs calving and moving away from glaciers—more than 10,000 years ago, and still showing up in the sea floor.

The information garnered from this particular multi-year project will create charts with four different focuses: the bathymetry, or sea-floor depth; the backscatter (data from reflections that helps determine geological makeup), the overall geology, and the benthic, or sea floor, habitat. The charts provide boaters with updated data on depth levels, currents, and sedimentation, leading to safer boating experiences. Commercial fishermen can determine where benthic habitat is ideal for fisheries, leading to more productive fishing as well as proactive stock conservation. With interest in testing for tidal energy development in the Minas Channel area running high in recent months, and the concerns of fishermen being voiced, the data collected by Lamplugh, Parrott and their associates may well help to determine what decisions are made for further explorations.

Updating of charts is an ongoing process; when the Matthew finished her work in the upper Bay of Fundy, she was heading to the waters off Labrador, to do similar studies in the bays and fjords of that remote and beautiful land. Regrettably, I couldn’t go along for that trip, but since they’ll be returning to the Labrador waters this year, I’ll keep my survival suit and Coast Guard passbook at the ready. Just in case.

From black-and-white to colour

One piece of the chart-creation pie has a distinctly Maritime flavour. Interactive Visualization Systems 3D  (IVS 3D) is based in Fredericton, NB, with offices in New Hampshire and the UK. The company developed a 3D-modeling program called Fledermaus that takes the numerical data collected by Mike Lamplugh, Russell Parrott and their colleagues, and generates images of underwater features in brilliant colours.

Mark Paton is technical director at IVS 3D. A graduate in computer science with some interest in physics and human-computer relations, he and two of his professors at UNB Fredericton’s Ocean Mapping Group developed the company back in 1995. He explains Fledermaus’s purpose simply. “In a perfect world, we’d be able to pull the plug out of a body of water, drain it dry, and then map it physically,” he says. “We can’t do that, of course, so researchers use measurements from multibeam bathymetry, sidescan, and other technologies to ‘see’ the bottom. Then our software takes the data and makes a false-colour image of what lies beneath the water’s surface.”

Not just used by hydrographers and cartographers, Fledermaus has applications in military projects, the offshore industry, environmental and academic research, and even for use with Google Earth. It’s a far cry from the lead line and sextant used by John Cabot and his contemporaries when the waters of Atlantic Canada were first explored and mapped. 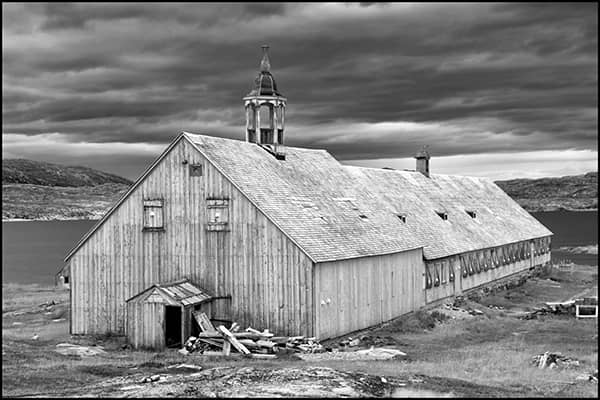 Moravian missionaries from Europe established a presence in northern Labrador dating back to the mid 1700s. In 1830 they expanded their efforts and built the Hebron Mission Station. Along with their... 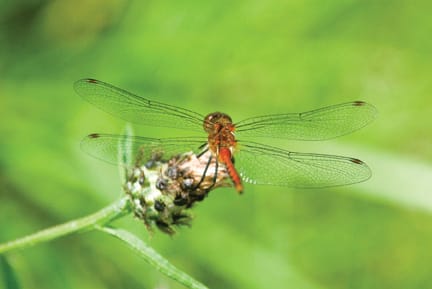 I'm gliding quietly in a canoe through the night-cooled water and pre-dawn mist. Surrounded by a lush tangle of cattails and rushes, I follow a narrow channel towards open water. 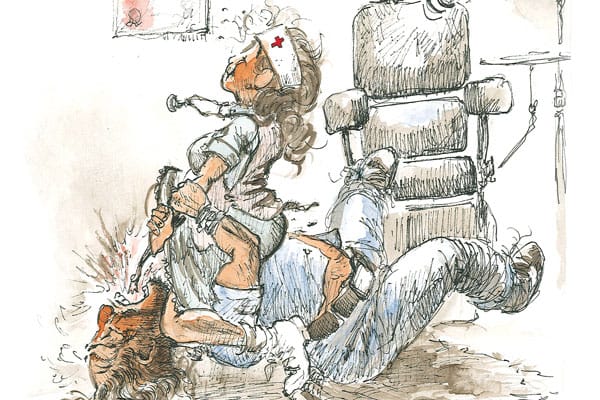 Rural nurses in Newfoundland & Labrador travelled long distances in every kind of weather to tend to patients and perform occasionally grim tasks....But they got good medicine in return: laughter.