As a national reporter with CBC-Radio for more than a decade, Stephen Puddicombe’s coverage has ranged from the earthquake in Haiti and the invasion of Iraq, to reporting that the Bay of Fundy has been shortlisted as one of New7Wonders of Nature. He lives in Halifax with his wife and three daughters. Stephen talked to Saltscapes about the early death of his dad, post traumatic stress, and his love for Halifax.

Q Tell me about your family.
A I grew up in Montreal. My dad died when I was 13. He had MS. My mom raised my sister and I… I was a typical brat, thought I knew everything. I give my mother a lot of credit.

Q Was your father an important influence?
A Huge. He sat me down in front of television when Kennedy was killed, when the first rocket went to the moon. He took us to Europe. He always said travel was everything.

Q What single character trait led you to become a journalist?
A Curiosity. I remember watching the Vietnam War on television. They talked about the numbers. Nobody ever talked about the people—the old lady with the two kids in the hut and how the bombing and napalm affected them.

Q There is a measure of empathy about your reporting not typical of hard news journalism.
A I try to do all my stories through someone’s eyes, to show how it affects them. I’m the luckiest person in the world. I get to tell stories about these absolutely outstanding people surviving in the most horrific circumstances. My heroes aren’t hockey players and politicians.

Q When you see mass destruction in other places is it hard to be engaged in what would seem to be small stuff, relatively speaking, here?
A It’s hard to get your head around things in terms of the scope. You go from an earthquake in Pakistan to a city council meeting in Halifax—it’s a different realm of stories altogether. But everything is important to its own degree.

Q Are you receiving counselling for post-traumatic stress disorder?
A I see someone every time I come back. It [the devastation] weighs heavy on the mind. I haven’t slept properly in 10 years because of some of the things I’ve seen. You get used to it.

Q What are you getting used to?
A I always think is there something else I could have done. I come out with survivor guilt. How come I’m allowed to come home to three meals a day and a nice, warm bed and they’re not? I appreciate home so much more. I get to live in Halifax, which I consider one of the best cities in the world.

Q What do you like about Halifax?
A The people. When I first moved here, I left my wallet at a bar with a hundred bucks in it. Somebody called me the next day. Buddy comes over to work with the wallet with the hundred bucks in it. I said, “Why don’t you take this?” He said, “I don’t want that, but could you give me a CBC mug?” It’s a small town in a big city.

Q What do your children think of your job?
A They have a veto on everywhere I go. Every time I’m called somewhere, I very quickly say, “This is what’s happening. What do you think?” Only once have they said no.

Q When did they say no?
A It was during a particularly nasty time of suicide bombings in Jerusalem. My eldest girls looked it up on the Internet, and asked me how I would know who’s got a bomb under their shirt. I said I wouldn’t know. They told me they didn’t want me to go. I told my boss, I can’t go. I made this promise, and it’s the most important thing to me in the world. 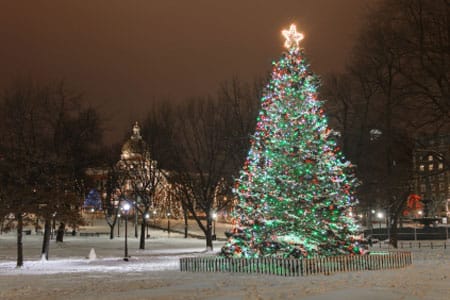 It's only a big, old, smelly tree, but you'd think it was whooping crane's egg, a Ming Dynasty vase or crumbling papyrus from an Egyptian pyramid. "We certainly have to treat it with a lot of care,"... 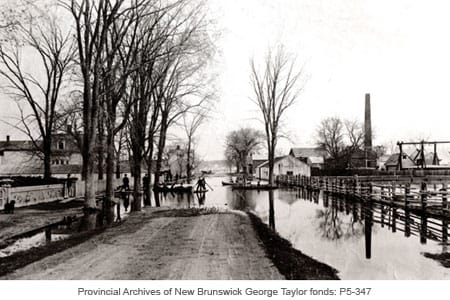 Take Me to the River

When the Mactaquac Dam, a hydro project just north of Fredericton, closed its gates in November 1966, it was touted as a flood-control structure-at least for the first few years. The spring flood or...

The Spanish flu and its Atlantic Canada connections