People and plants come first at Corn Hill Nursery in Petitcodiac, NB, and business is blooming

During the last 35 years, Corn Hill Nursery has blossomed into a vibrant enterprise outside Petitcodiac, NB. Meanwhile many other independent nurseries in Atlantic Canada have gone out of business, replaced by a few large retailers. Currently, big box stores sell 95 per cent of all plant material purchased in New Brunswick.

What are the keys to Corn Hill’s success? A magical atmosphere, great plants, and excellent staff–these reflect the passion, hard work, and creativity of the nursery’s owner/operator, Bob Osborne.

Time spent at Corn Hill Nursery is an indulgence. Curving paths meander among lush display gardens where flowers and bushes nestle in the shade of tall trees. Vines and sweet-smelling flowers cover whimsical pergolas. In shady groves, stone benches look like they’ve been there forever. Rather than a manicured landscape, it seems more like a home for hobbits and elves.

This is not your typical retail outlet, and that’s by design.

“When I was very young, back in the early ’70s in Connecticut,” Osborne recalls, somewhat wistfully, “we used to visit this old greenhouse that felt like it was settling into the earth, with big lemon trees that needed to be pruned so that they wouldn’t break through the glass, and an old Italian guy with black fingernails...It was magic.”

Osborne wanted to “create an ambience unlike anywhere else” where the whole nursery, even the sales part, feels like a garden. He has succeeded.

The Cedar Café is clad in cedar shiplap boards covered with vines. Outside, a huge arbour draped with grape vines shades the seating area. The nursery hosts concerts, crafts shows and workshops (mostly free) where Osborne teaches the skills of grafting, pruning, growing roses, building with stone and more.

Rose Weeks, Daylily Daze, Apple Tasting Days and Grapefest are seasonal celebrations. Whereas conventional time is tracked on a calendar, flowers and fruit mark Corn Hill time. In Rose Weeks, visitors can appreciate the elegant beauty of a single blossom floating in water, along with the exuberant splendour of roses in all shades of red, pink and yellow. During Grapefest, tables are laden with baskets of grapes, apples and plums. People wander about, listening to live music and sipping cider, pressed just moments earlier.

Osborne recounts a visit from “a fellow from Ontario who runs a very successful, very large, very well-respected garden centre. He was blown away by our place.” The manager had established his nursery following the advice of efficiency experts. “Yes, it’s efficient,” maintains Osborne. “It’s all asphalt there. The carts can easily roll but it has no character.”

At Corn Hill Nursery, “we do the opposite of what we’re told,” Osborne chuckles. “We don’t have a lot of signage. We don’t have lots of big tags. All the information is available but we want to make it as mellow as possible so you’re not being bombarded with big signs.”

Many European nurseries have cafés. In 2000, Osborne followed suit and added the Cedar Café. “The café makes the whole experience of being at the nursery very comfortable,” Osborne explains. “People will stay, sometimes all day. They might buy what they came for, have coffee, buy something else and have lunch. Of course, the longer customers stay, the more they buy. The café helps propel retail sales and retail is where we get the best price.”

Summer breezes with a hint of salt in the air, midwinter thaws that offer a brief escape from snow and cold... These are reasons why some of us love living near the coast, but they also explain why many fruit trees and roses can’t survive here.

Corn Hill has a well-deserved reputation as a source of reliably hardy plants, particularly fruit trees, kiwis, roses and perennials.

“We have the largest selection of plants in Eastern Canada by far with more than 1,000 varieties. We grow a bit of everything except annuals or tropicals,” says Osborne. In addition to retail sales, the nursery offers landscape services, fills mail-order sales and supplies landscape companies and other nurseries with plants.

When choosing varieties, “hardiness is the number one factor.” Osborne also looks for plants with natural resistance to pests and disease.

All the plants sold by Corn Hill are grown on-site without pesticides or herbicides. “For some people, that’s important. I know in my heart,” says Osborne, “this is what I want to do.”

“We’re one of just a few nurseries that propagate native plants, trees and perennials. We have been doing that since we started but at first, no one would buy these,” says Osborne. Times have changed dramatically; today, there is a huge resurgence in interest, and the federal government is required to plant native species.

“Also, pollination is a big thing now. Years ago, milkweed was considered a noxious weed in Ontario. Now people ask for it because they want monarch butterflies. We’re a strange species.”

Osborne likes many traditional varieties of ornamentals and fruit trees. “When they say an old plant is common, it’s really the best compliment a plant can get—it means it is hardy to a wide range of conditions, is easy to grow, and probably not too fussy in terms of soil.” However, with apples, newer varieties, like Liberty and NovaMac, are really easy to grow without disease.

Apple growers across the Maritimes buy planting stock from Corn Hill. According to Mike Beamish, the only way he could grow scab-free apples organically was by using trees from Corn Hill. When Beamish Organic Orchard was established in PEI, Corn Hill Nursery was the only Maritime source for disease-resistant varieties.

Osborne and his crew graft new varieties and some heirloom varieties to hardy rootstock. Grafting is an art, one the staff has perfected over the years.

Within a year of starting the business, Bob Osborne realized he needed staff. “Before long, we had 45 people working here. In ten years, we were taking care of 60 acres.” Over the winter, the only full-time workers are Osborne and his wife (who does the books), son-in-law and secretary.

Most employees have worked at the nursery for more than 20 years, with a few working more than 30. The staff is “like a community,” Osborne says. “If personal things come up, people should take care of those issues first. The personal life is much more important than the business.”

“There are no positions. We don’t have a foreman. Everyone knows who knows what. Generally I don’t have to tell people what to do anymore. There’s a tremendous degree of loyalty. They love to work here.”

Once he asked Donna, his secretary, what she would do if she could do anything. “Work here,” she answered.

Bruce Marks has worked at the nursery for 33 years and loves it, he says with a big grin. “There’s a great group of people here. For the first 15 years, I learned something new every day. And I’m still learning a lot.”

Osborne learns from reading and observations. One time he sat under a bush and watched ladybug larvae devour aphids.

“The process of watching it made it real. You can read about it but watching it has a huge impact. Within a day, the larvae cleaned out the colony and went on to another. It was a revelation that nature does take care of itself.”

Corn Hill is involved in a community project each year, such as donating trees to elementary schools. Osborne wants children to connect with nature, particularly soil.

“Soil itself is kind of a magic thing. It sounds crazy but I love physically working with my hands in the soil. I really think there is a deep connection between us and soil. I think there are fungi and bacteria in soil that we’ve always been in contact with, so when you extricate yourself from that system and sterilize everything, you suffer.”

“I think it’s key to have children learn more about our natural environment,” Osborne explains. “There are a lot of very important decisions that they will have to make about the environment in the future.”

Osborne also has a weekly spot on CBC Radio in Moncton during the growing season. He called it a “plant rant” but CBC prefers the name “Cornhill Chronicles.”

During the shows, part call-in, part personal essay, Osborne wants “to convey the message of humility” and stimulate interest in the natural world. “The garden is more than the shrubs and flowers; it’s everything that goes along with it, such as insects. You have to deal with those life forms and find an ethical way to do so.”

Patience is another recurring theme.

“It’s like finding aphids,” he explains. “Your garden is not going to be destroyed. But if you go out and spray, you kill everything along with the aphids, including the bugs that would control them. The next aphids will be resistant to the spray.”

If you don’t spray, “some beans might get eaten but that’s okay; most will be fine. You interfere only as much as necessary to get a good crop.”

A cat designed for snow country 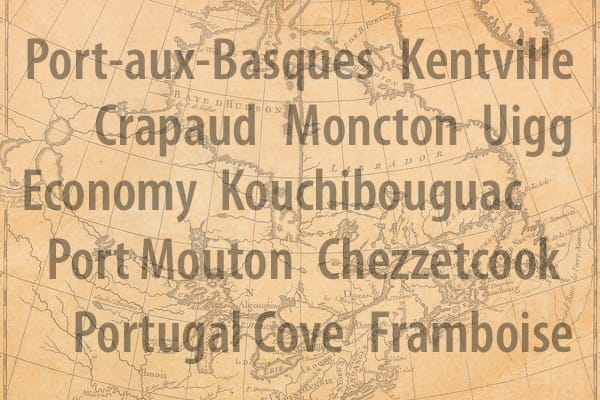 History Written on the Land, Part One 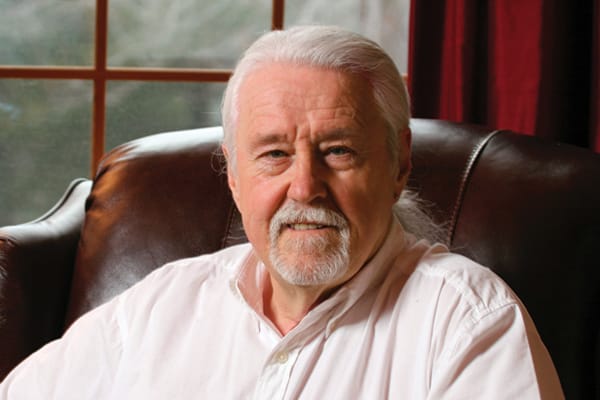 A Canadian of the Highest Order

Eight Atlantic Canadians were appointed to the Order of Canada on December 30, including Saltscapes' genealogy guru, Terry Punch. What inspired Terry to search for his own roots? And how did he...