by Jim Gourlay and Annie Jolicoeur

(Editor’s note: this subject was covered by Saltscapes in September of 2009. We thought it was worth an update.)

It’s happened to us all. You’re driving down the highway, singing along with the radio, when suddenly, Bam! A poor little raccoon has found itself in the wrong place at the wrong time, and… well, the scene in the rearview mirror ain’t pretty.

It’s probably happened to all of us. That means a lot of wild critters end up like that raccoon. So, what does it mean on a larger scale—as in globally?

Well, much more study is needed so available numbers are broad estimates only, but for example:

In the US the almost 200 million vehicles on the road are estimated to kill more than one million animals or birds—every single day.

According to a recent study, an estimated 1.3 million creatures die every day after being struck by motorized vehicles in Brazil. Europe is much the same.

More than two per cent of roadkill incidents are actually done on purpose.

In Canada, a 2013 research paper by Christine Bishop and Jason Brogan estimated—after allowances are made for scavenging—that almost 3,500 birds per 100 kilometres of highway are killed every year in this country—mostly songbirds and owls, including some species at risk.

Canada has slightly more than one million kilometres of two-way roads. Do the math and gasp!

World-wide, the road kill toll on wildlife generally is nothing short of appalling.

How are we doing here?

We here in Atlantic Canada are privileged to live in a wildlife-rich environment—with mixed results.

In Newfoundland and Labrador, the costs of vehicle damage from moose collisions alone averages about $1 million
per year.

A 2014 class-action lawsuit in Newfoundland by victims of moose collisions (where drivers and passengers often become the road kill) somewhat summed things up on the island portion of that province by alleging that the province’s failure to construct sufficient fencing along highways constituted negligence—that highway warning signs and public awareness campaigns are ineffective.

In New Brunswick, about 400 people are involved in a moose-vehicle collision every year—but New Brunswick has been busy installing almost 400 kilometres of highway fencing plus underpasses for large mammals.

A 2007 Department of Natural Resources study on deer kills on the highway in Nova Scotia concluded more than 2,000 whitetail deer (six per cent of the total population and almost 30 per cent of the annual cull by hunting) are slaughtered on the province’s highways each year.

PEI has no large mammals, but smaller animals are just as vulnerable on its highways as anywhere else.

In Atlantic Canada, data show that wildlife vehicle collisions (WVC) mostly affect species such as racoons, skunks, porcupines, moose, deer, fox, coyotes, squirrels and the odd black bear. In just one example of many, every year more than 200 animals are treated at the Cobequid Wildlife Rehabilitation Centre in Brookfield, NS, following a WVC.

The challenge when it comes to evaluating the impacts of road kills on the wildlife and how to improve the situation is that the data collected are very limited and present some inaccuracies. Most cases of road kills go unreported (did you report it when you ran over that raccoon?) and the ones that are don’t always provide all the needed information.

Ideally, we would have data regarding the circumstances of the collision, the characteristics of the vehicle and its occupants and the characteristics of the animal. At the moment, data available are mostly compiled from police reports, coroner and medical records, insurance claims and other reports and observations by park wardens, scientists and citizens. Since, for now, the data aren’t compiled together, there is no real way of knowing the extent of the wildlife losses in most of the provinces: no real way to know how many wild creatures become victims of collisions.

Why did the moose cross the road?

Roads and highways are almost never designed with any consideration for wildlife. Quite the contrary, in fact, for those with concrete “Jersey barriers” along the medians, which trap large mammals and cause them to panic and reverse course with often fatal consequences.

The “improvement” of a major two-way road into a divided highway can increase deer kills by as much as 500 per cent. High snow banks formed by plowing after a heavy storm can defeat animals already weakened by winter conditions.

It is important to understand why so many animals end up on roads and highways in the first place.

Roads act as a divider, a barrier cutting through wildlife habitat. Wildlife are obliged to cross to access whatever shelter, water or food source that may be on the other side.

Highways also offer an ease of movement, especially in winter, and a space where the breeze keeps the flies at bay in summer. The latter is why most of the collisions with moose happen between May and October. The grass, bushes and litter on the sides of the road are other things that attract wildlife to the “danger zone.” Smaller mammals like groundhogs may take up residence on the side of the road where the dirt is dry and the grass short.

And roadkill begets roadkill. Crows, ravens, gulls and eagles, in particular, feed on the asphalt strewn carcasses and place themselves at risk. Grouse can actually become inebriated in the fall after digesting fermented berries and cross highways at very low altitude—with reckless abandon and often fatal results.

These are all factors that have to be taken into account when determining why some specific areas are considered “hot spots” for WVCs.

So far, some provinces have taken a few actions to help better the situation. New Brunswick and Newfoundland and Labrador have programs to help educate people about the risks that come with encountering a moose on the road. In Nova Scotia, an organization supported by the provincial government, Watch for Wildlife, works to improve the way the data are collected and to raise awareness on the issue.

More and more, when building or doing major renovations to highways, underpasses for the animals are being incorporated. Fences are installed along the roads in some areas more at risk of collisions. Signs are erected to warn drivers of the danger.

In animal-loving Britain, at least two roads are closed yearly—one for six weeks—to allow migrating toads to cross safely. A similar event takes place at Lost Lake, near Whistler, BC, every year.

They found that fences, in particular, were effective. Long fences used in collaboration with crossing structures could also be very effective.

The devil is always in the details though, and the study found that sufficient fencing had to be in place to steer wildlife to the artificial crossing structures. Similarly, tunnels (which are far cheaper than bridges) can cause wildlife to become nervous and wary, and must be sufficiently wide to work.

Appeals to the motoring public to slow down and road signage, and gismos like reflectors, just don’t seem to have much effect.

Various carmakers have begun installing automatic collision avoidance systems in their vehicles. Volvo, Subaru and BMW, for instance, have designed their cars to detect wildlife (or anything else) on a collision course with the vehicle. Some BMW models come with a special headlight that flashes at an approaching animal. If the driver doesn’t brake, a warning tone sounds. The option, however, is expensive.

Studies and progress continues, albeit at a snail’s pace. Highway wildlife crossing structures and fencing are extremely expensive, and of low political priority.

In one study, specific thresholds at which crossing structures become a cost-effective way to reduce collisions between vehicles and large mammals was computed. The analysis of the costs of collisions determined that the break-even point for installing a mitigation system using underpasses and fencing is 3.2 annual deer collisions per kilometre.

But the funding has to be budgeted in the first place and the political will to do that must be present.

Intro caption: The Cobequid Wildlife Rehabilitation Centre in Brookfield, NS treats more than 200 animals each year that have been injured in vehicle collisions. 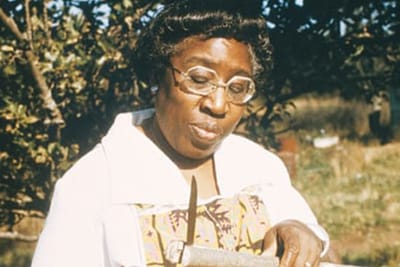 According to Potawatomi Indian myth, there is an old woman sitting in the moon who spends all her time weaving a basket. When she finishes, the world will end. Fortunately for us, there is also a... 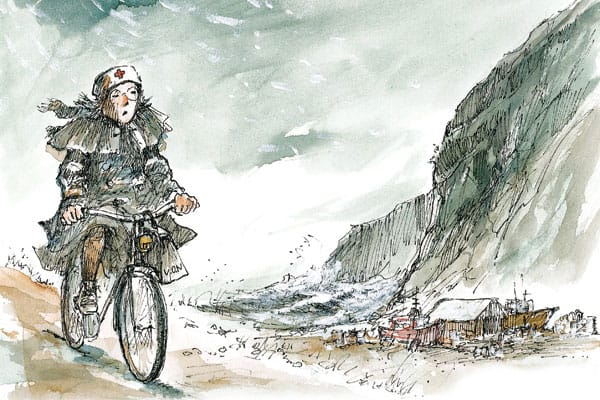 In the early years of the 19th century, decades before England's Florence Nightingale brought recognition to the nursing profession, Atlantic Canada had its own Lady with the Lamp. Elizabeth Innes, born... 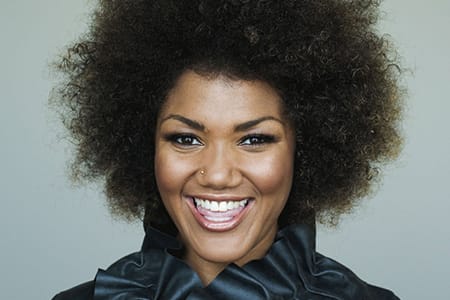 At 34 years old, Canadian soprano Measha Brueggergosman—who grew up in Fredericton—has performed on the world’s greatest stages, including Carnegie Hall in New York; she has performed for Queen...