A well-known story told from a different vantage point

Much has been written about the original Bluenose, her design and building and her racing history. But her winning ways were also aided by the mighty sails that would catch the wind and help her leave her competitors in her wake. This is the story of James “Harry” Hamm, the sailmaker for that illustrious vessel as well as many others.

Our story originates in Bermuda with Harry’s grandson, Stan Ingham, born to a Bermudian father and a Canadian mother, Eunice Katherine Hamm, who ventured to the island as a nurse in training. Six years later, in December of 1941, this Nova Scotia girl met and married a Bermudian gentleman, Benjamin Stanley Ingham, who instilled in their child a love of the sea and of sea-faring stories.

In collecting the threads of this story we had help from one of Stan’s uncles and Harry’s son, Douglas James Hamm, who passed away in 2017 at the ripe old age of 98.

North Sails Atlantic in Lunenburg and Halifax are the current operators of Harry Hamm’s sail loft, which is said to be the oldest continuously-operated sail loft in North America. According to their website, North Sails is the world leader in sail-making through an ongoing commitment. With 65 top sail designers from around the world and five full-time software engineers, they claim to make sails that are faster, lighter and longer-lasting than any others in the world.

The Sail Loft had a humble beginning, Doug Hamm recalled. In the second decade of the last century, the factory was called The Sail Loft and boasted two or three employees. When pressed for a definitive location of the factory in Lunenburg, Doug said the sails were made “way the other side of town. We lived in New Town (26 Falkland Street) and the Loft was in Old Town (150 Pelham Street).”

Uncle Doug was not without his humour. When pressed for an exact description of the sails on the Bluenose, he said, “That was a long time ago. Every ship in the bloody harbour had sails on it!”

Stanley, Doug’s nephew and Harry’s grandson, was more eloquent in describing his grandfather’s talent, the process of sail making, and thus the making of the Bluenose. As every school child in Nova Scotia knows, the Bluenose, featured on the Canadian dime, began her career as a salt banker, a two-masted schooner that fished the banks off coastal Atlantic Canada.” But she was designed to be a racing schooner, not just a working vessel.

Stan elaborated, “A healthy competition existed between the Lunenburg fishermen, lovingly nicknamed Bluenosers, and the Gloucestermen out of Gloucester, Massachusetts. The loss in the 1920 International Fisherman’s cup by Lunenburg’s Delawana to Gloucester’s Esperanto didn’t sit well with the people of Lunenburg, so the Bluenose was designed to answer the challenge.” (Gloucester is the fishing town nailed to the map by Sebastian Junger’s book and follow-up blockbuster movie, The Perfect Storm).

A working salt banker plied its craft off the shores of Nova Scotia. Gazing off into the unseen distance, and relating from an Atlantic childhood of visiting relatives, Stan detailed the crew loading up the schooner with salt, setting the lines from dories, making their catch, cleaning, salting, storing for the return to harbour with their stash in the cargo hold. Speed was a critical factor because the faster the fish got to market, the better the price.

The International Fisherman’s Cup races began in 1851 as a test of seamanship between the best of British and American racing schooners—but these hardy Nova Scotia fishermen viewed their competitors with some disdain (especially when they had cancelled a race in 1919 because of 25-knot winds). They felt that a more apt test of seamanship would be a competition between working salt bankers.

The owner of The Halifax Herald, William H. Dennis, donated the International Fishermen’s Trophy and prize money for which working salt bankers from America and Canada would compete in a match race series. The first competition in 1920 Gloucester showed who was boss when the Esperanto beat out the Canadian vessel, the Delawana.

At this point three heroes enter our story of the sea: William Roué, the designer of the Bluenose; Smith and Rhuland who built the ship; and Harry Hamm, who designed and made the sails for the vessel.

“Ever been on the making and cutting floor of a sailmaker’s?” Doug asked. “No? I didn’t think so. Well, you have to have a lot of floor space. My father needed space for the sewing machines and there had to be space to lay the canvas out so the men—sometimes three men worked with my father—could manage the ropes through the grommets.”

Was it with a certain fear and trepidation that Harry Hamm would have walked the short distance to the harbour the morning the Bluenose tested her sea legs? There was no escaping a brisk breeze in Lunenburg Harbour on any given day and it would been so on a morning in April, 1921. The sails lifted, caught the dependable wind, and sailed out of the harbour. It was indeed a grand day for Harry.

In October of that same year, after a season of fishing the Grand Banks, the Bluenose entered her first race. Long before the technological age of texting, emailing, iPhones and laptops, Doug told of an ingenious system for notifying the whole town of the progress of the race between the Elsie, Gloucester’s then-current pride and joy, and the Bluenose. The town fathers of Lunenburg ran two wires that extended along Main Street to the post office, a distance about 100 yards. He stressed he was unable to speak from experience as this was the Bluenose’s first race, 1921, and he hastened to assure me that he was born in 1919. But subsequent race results of the Bluenose were conducted in a similar fashion.

On the wire were placed two markers; they may have been models of the Bluenose and the Elsie, or simply, markers. As news came in to the anxious village, the race coordinators would scuttle to the position of the markers and move first one and then the other ahead on the line. The line was no higher than shoulder level of the man announcing the progress.

As the Bluenose marker overtook and then passed the Elsie, jubilant cheers from the Lunenburg Bluenosers could be heard throughout the town. Perhaps they reached even as far as Doug’s father, working at the Loft, ceasing his work only to smile and nod as the cheers reached his ears. Bending his head to his new work, he may have known that, with Harry Hamm sails and a strong wind, this was only the first of the Bluenose’s triumphs in the annual International Fishermen’s Trophy. The Bluenose remained undefeated in the International Fishermen’s Trophy through its last sailing in 1938.

But our story doesn’t end here. Another discovery in the Hamm family tree is just as exciting. Three intertwining families make up the Hamm genealogy: the Knickle family (and yes, you pronounce the K in this case) married into two families that figure prominently in our story. Will Knickle married Carrie Belle Walters, a sister to none other than Angus Walters, the renowned captain of the Bluenose. Will Knickle’s sister, Louetta Knickle, married none other than James Henry Hamm, the sailmaker. And now you have, as a famous announcer used to say, the rest of the story.

The Second World War put an end to the great fishing schooners. The salt bankers met their demise due to in part to the advent of the demand, and supply, of steel, and more significantly by the arrival of the gasoline-powered engine. Today, not only are the salt bankers gone but so is the cod they carried. That’s another story.

It was during the Second World War that Angus J Walters fought the fight of his life, to save his beloved Bluenose, and keep her in Atlantic waters. His efforts failed, and she was sold as a freighter in the West Indies. Stan shakes his head remorsefully, “She foundered on a reef and sank, bringing finality to an era as only a sinking can.” Thus passed the unceremonious demise of our beloved ship, immortalized on the Canadian dime.

And what became of Harry “The Sailmaker” Hamm? Stanley, sitting at his Bermuda desk, now retired, pauses for thoughts of a cold harsh Canadian climate, not the fierce gales of Nova Scotia but the icy blasts that billow from the Canadian Parliament buildings in Ottawa.

“My grandfather was seconded to Ottawa in World War II in the procuring section, a significant role in Canada’s war effort. It was Ottawa that claimed him. He died there February 23 of 1945 at the age of 65.”

Ironically, both the Bluenose and Captain Angus J. Walters, two great Canadian icons, also ended up in Ontario as well, where each was inducted into the Sports Hall of Fame in 1955, the year the Hall of Fame was established.

Once a pilot, always a pilot... 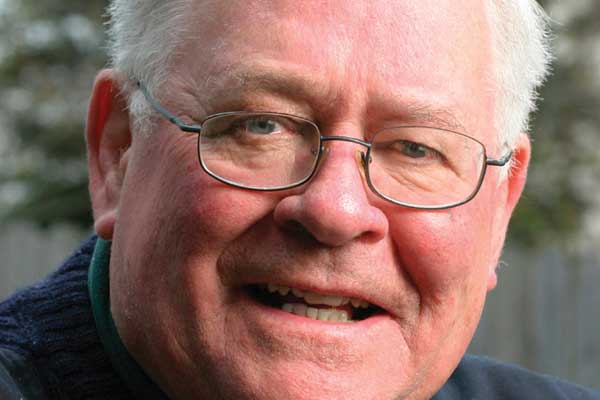 Ode to a Predator

Legal kills of coyotes in Nova Scotia rose from 835 in 2000/2001 to 2,422 three years later; sightings of the brutes have been increasing throughout Atlantic Canada. 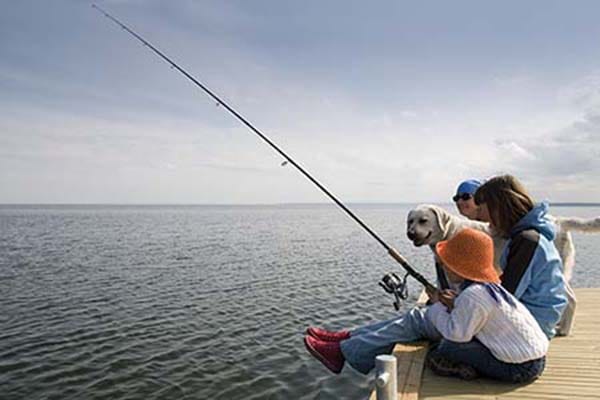 There’s something captivating about a person with passion. Occasionally you meet someone for the first time, engage in polite conversation then are suddenly transported to a new world because of the...