Why is Nova Scotia the only place on earth not recovering from acid rain?

We don’t hear much about it anymore. As these things go, it’s a rare success story. The air pollution and toxic deposition phenomenon that became known colloquially as “acid rain” has, for the most part, been mitigated in both Europe and North America.

Compare that to the Amazon rain forest issue, or global warming where the lack of effective measures is more than a little foreboding.

In fact, the inevitable online conspiracy theorists and far right whackos have called the acid rain issue a hoax propagated by “left wingers” and those dangerous “environmentalists”. It has even been touted as the precursor to the more recent “global warming fraud”.

But acid rain was (and to some extent still is) very real.

So what exactly is acid rain? Acid rain was mainly caused by emissions of sulphur dioxide from coal-fired power stations, and nitrogen oxides from various sources. These gases combined with water in the atmosphere to form sulphuric and nitric acids which were deposited in precipitation as acid rain. Studies suggested acid rain-damaged trees, polluted streams, lakes and rivers and damaged buildings.

Acid rain was very effectively addressed in the 1980s and 90s by switching from coal to gas and installing scrubbers to clean up power station and factory emissions. Catalytic convertors on car exhausts reduced nitrogen oxide emissions. The US Clean Air Act Amendments were passed in 1990 resulting in strong water quality improvements in Canada.

Emissions of sulphur dioxide and nitrogen oxides are now under control in Europe and North America generally, but emissions from shipping still cause acid rain in coastal areas. Worsening acidity in the world’s oceans is of major concern. Acid rain persists in China, which is responsible for half of all coal burned on Earth.

Much damage was done and not all of it has been corrected. Fresh water ecosystems in southern Norway, for instance, have never really recovered, although that country has spent huge sums annually liming watersheds to neutralize toxic acidity levels. In years to come Norway will still have lakes that are too acid to accommodate viable populations of trout or other fish species.

In New England and Ontario, though, ecosystems have largely recovered naturally as toxic emissions were reduced.

But only a single jurisdiction remains at risk in a reality that is actually continuing to worsen in some areas—Nova Scotia is the only place on the planet where acidity is not universally improving in concert with major cuts in acidic emissions. The reason is chemically complex and has only fairly recently become well understood.

Let’s go back to the beginning.

In the 1970s and ’80s, North American scientists confirmed that rain 100 times more acidic than normal was harming lakes, rivers and high elevation forests. The pollution was linked to fossil fuel plants in the Ohio Valley for the most part and to local emissions mainly from power plants and automobiles. Prevailing winds moved and deposited the acidic materials to the north east.

In Europe, a very similar phenomenon was discovered with heavy emissions emanating in the coal-burning UK and the industrial Ruhr Valley in Germany and moving northeast with prevailing winds into Scandinavia.

But that was only the broad public awakening as media savvy non-government organizations began to shout from the rooftops. Those who are a little long in the tooth may recall the front page photographs of a huge “Stop Acid Rain” sign behind a visiting President Ronald Reagan. (Unlike the current occupant of the White House, Mr. Reagan actually listened and took effective action).

But increasing acidity in air pollution is far from recent and actually appears to have manifested right along with the industrial revolution. As early as 1872 it was a British chemist, Robert Angus Smith, who coined the term acid rain.” Smith had monitored chemical readings of rain in Britain and Germany for two decades and found high levels of sulfuric acid which he correctly attributed to the burning of coal.
Even though intensive research is relatively recent, long term trends have been assessed by examining tree rings from vulnerable areas and determining that tree growth began to slow during the Industrial revolution, until quite recently, and has shown recovery since clean air regulations were implemented.

Due to acidification, 52 Norwegian Atlantic salmon stocks are affected. It is estimated that 3,000 lakes in Sweden were acidified to the extent that no fish could survive. In the two southernmost counties of Norway the Atlantic salmon species has been eradicated—just like Nova Scotia where the combined effects of acid rain and low marine survival are causing the ongoing demise of all but a small number of the Atlantic draining river systems. Due to the high acidity of the Norwegian rivers, production of salmon was heavily affected as early as 1920. We don’t know if that was the case here.

Recently, Scandinavian scientists produced evidence that precipitation was becoming more acidic and theorized that, based on trajectories of air masses, acid rain came from emissions from coal-burning plants in the UK and Europe.

The more precise discovery that high acidity (low pH) was highly toxic to salmonid fishes in fresh water (mainly salmon and trout) was accidentally made by a junior biologist in a hatchery near Yarmouth NS.

So what’s going on in Nova Scotia to make it the sole global exception in the acid rain story?

First, many Nova Scotia lakes are recovering naturally, as in Ontario and New England, in step with regulated reductions in toxic emissions.

But rivers in the southern half of Nova Scotia (a line drawn from Yarmouth to Sydney) are actually becoming even more toxic to aquatic life. The culprit is aluminum—a naturally-occurring heavy metal that is released in high acid environments. Without mitigation treatment, usually watershed liming, current trends in aluminum levels are projected to worsen, posing increased threats for salmonids, especially vulnerable Atlantic salmon. Trout have slightly higher tolerance levels.

Parts of Nova Scotia have some of the most acidic fresh water anywhere due to the low level of buffering provided by what is mainly topsoil-deficient bedrock—and wetlands that produce organic acids naturally, worsening the situation.

Although acidic deposition is decreasing generally, the geological and wetland characteristics of parts of Nova Scotia are preventing the recovery that is happening almost everywhere else. The reality of acid precipitation is that snow stores it during winter freeze-up and suddenly releases high volumes into rivers in the spring, coinciding with the emergence of juvenile salmonids from the spawning gravel, killing them.

Nova Scotia has suffered more than any other region of North America in habitat lost from the effects of acid rain. Acid rain has negatively impacted the salmon populations almost all the dozens of rivers draining the coastal plain that extends the full length of the Atlantic coast of mainland Nova Scotia, the Southern Upland. The combined effects of acid rain and low marine survival are hastening the extirpation of salmon from all but a small number of those rivers.

In the absence of any political will, unlike the Norwegian government, Canada has almost completely failed to take
liming action. The only real initiatives have come from the volunteer and private sectors, most notably a liming project, with Norwegian guidance, on West River Sheet Harbour. A smaller initiative has been undertaken on Gold River. In both cases, water quality and fish count improvements have been noted.

Only very recently, in the face of increasing public concern and outcry, has the federal government seemed to respond to the steadily worsening crisis facing diminishing Atlantic Salmon stocks for a whole slew of reasons (dams, clearcutting, agricultural runoff, pesticide residue, open net salmon “farming”, changes in the marine environment—and acidity).
In 2017, the federal government announced the $75 million Coastal Restoration Fund to help rehabilitate vulnerable coastlines and protect marine life and ecosystems. Many multi-year projects have been funded, including those relating to fresh water fish species.

Although late in the day, this five-year, $1.5 billion plan is the largest such investment ever made in Canada to protect marine and fresh water resources.

But there is general agreement that the only real long-term hope for Nova Scotia’s acidified rivers is the type, and extent, of liming conducted in Scandinavia for decades now. That eventuality still remains unlikely. 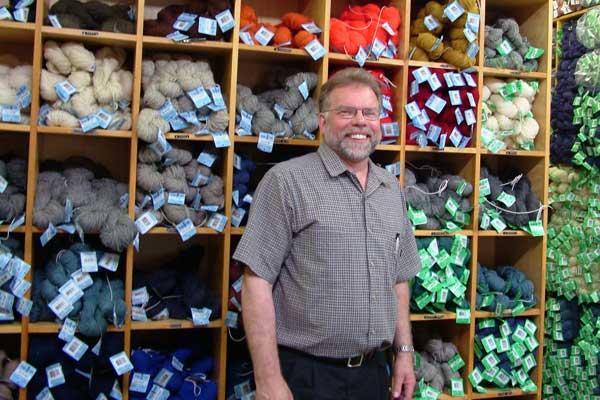 Spectacular colours, relaxed drivers, no bugs - this is a favourite time of year to hit our highways. And to explore. Surprises never cease when you get off the big roads and discover new... 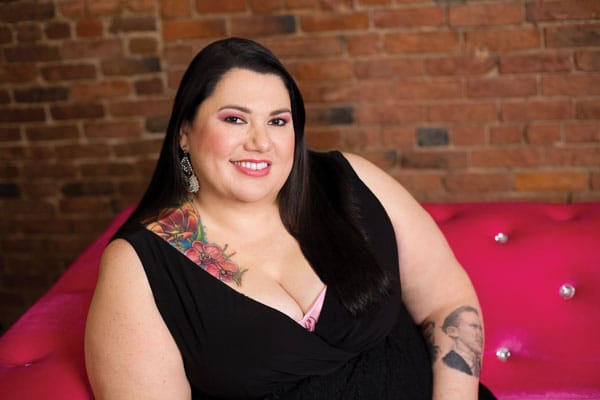 Star of the Show - Getting to Know Candy Palmater

Candy Palmater, comedian and star of The Candy Show on the Aboriginal Peoples Television Network (APTN), was born to a Mi’kmaq father and a non-native mother in Point La Nim, in Northern New Brunswick

“It’s the beer most likely to incite riots at beer festivals.” Jeremy White of Big Spruce Brewing is talking about a pink, fizzy drink he has set before me. I’m in his tasting room on a hillside in...