In the old days, of course, they tended the weir with horse and wagon. When low tide fell on a moonless night, the horse pulled the workers and their catch back to shore, over the mud and sand, in the pitch dark. They trusted their steed to bring them home, and it always did.

In truth, not much has changed in the century and a half since John Broderick built his weir at Five Islands in the Minas Basin. Today Tony Lewis tends that same weir, as did his father and grandfather before him. Horses have been succeeded by weathered three-wheelers—themselves relics that, according to Lewis, handle the testing landscape better than their four-wheeled cousins.

But in the deepest corner of the Bay of Fundy, the tide still rises and falls twice each day—and, every low tide from May to August, Lewis makes his way out over the red-brown beach to the net—even in the dead of those moonless nights.

On a warm July evening, Lewis, his wife Linda, and their teenage grandson Carter wade knee deep, rapping the rock and sand of the beach floor with spears. The tools create a pleasant clinking against the rock, the sound of work. Now and again the spearpoint finds a flounder, which meets a hasty demise.

The day’s take isn’t enormous, but there are enough winter flounder and mackerel to fill a few bags. It’s certainly enough to interest the squawking horde of gulls that have amassed on the weir’s wooden stakes. Far in the distance, a pair of bald eagles sits patiently, for their own opportunity.

Lewis will take his catch home to process and sell as bait—although some of the flounder might make it to the table as well. Running a traditional weir is no path to riches, yet he does eke out a modest living.

Catches vary by year, but one pattern, Lewis says, is unmistakable—when restrictions were placed on the industrial draggers that operate offshore, he started to see more flounder in his weir. It’s no surprise. In a single afternoon each hungry fishing vessel can net what might take Lewis an entire season. By its very design, Lewis’ weir is a passive, non-intensive fishing method, highly unlikely to overfish.

Lewis, though, may be of a dying breed. His is one of the last traditional weirs in the Minas Basin, and its future is uncertain. Carter, his grandson, won’t be taking up the family business, opting instead to continue his education. It’s a reality that the easygoing and soft-spoken Lewis seems to understand. “It’s just not worth it,” he says.

Hope may not be lost, though. Fish populations are suffering worldwide, and the Bay of Fundy is no exception. But what if a new breed of science and research could point the way to better management, revitalizing fish stocks and making small-scale, sustainable fisheries economically appealing again?

“Artisanal fishers are the monitors of the ocean,” says Darren Porter as we push off from shore in his sturdy aluminum skiff. With his imposing frame, sandy unkempt hair, tousled beard, and face browned dark by the sun, Darren strikes an impressive, if not intimidating, figure. Sitting in the stern, he pilots the outboard, inhaling one cigarette after another.

Darren’s gruffness belies a deep affection for the fisheries and ecosystems of the Basin. Here in Summerville, directly across the bay from Lewis’ weir at Five Islands, Darren and his daughter Erica are revolutionizing fisheries science by contributing their skills and expertise as fishers.

Today the boat’s crew is a half dozen young researchers from Dalhousie, Acadia, and the Mi’kmaq Conservation Group. Their mission: to net and tag Atlantic sturgeon.

As Darren nudges the fishing vessel up into the tidal portion of the Avon river, the bay’s powerful currents churn mud into the water, turning it to a sea of chocolate milk. When he reaches the right spot, Darren begins to move the boat slowly across the current. Erica readies the net, which is six feet wide and more than 100 long. Making a difficult task look effortless, she pays out the length, disentangling knots as she goes.

Things start off slowly. Sticks fetch up in the net, and it needs to be re-set several times. As midday sun beats down on the water, the crew sheds layers and reaches for water bottles.

Suddenly there’s a tugging on the net, a distinct movement not caused by the current. The researchers pull the net slowly back on board, and halfway through the retrieval they heave a thrashing and primeval fish on to the deck.

Atlantic sturgeon have evolved very little since the Jurassic period, says researcher Jessie Lilly. Indeed, they have the prehistoric looks to prove it: downturned, ventral mouths; asymmetrical, sharkish tails; and bony plates of armour, or “scutes,” line their backs. Dangling from their noses are bizarre appendages called barbels, whisker-like protrusions that help the sturgeon find food on the muddy bottom.

The specimen lying on the deck measures four and half feet, a “standard issue sturgeon,” announces Darren in the background. Two people pin the fish down while another pours water over its gills.

Enthusiastic but unruffled, Lilly gets to work. She cuts an incision in the fish’s belly, pushes an acoustic transmitter directly into its abdomen, then sutures it back up with a thick needle and heavy thread. She attaches a numbered tag to its dorsal fin and slices away a small tissue sample. Then the team hoists the sturgeon over the gunwale, placing it gingerly back in the turbid water. After a few moments the fish flicks its tail and drops back into the murk, no worse for the wear.

From May to October each year, about 9,000 sturgeon migrate into the Minas Basin from across the eastern seaboard, says Lilly, an MSc candidate at the Coastal Ecology Lab at Acadia University. Her research investigates potential effects of tidal turbines on sturgeon. The Minas Passage, which connects the Basin with the Bay of Fundy, has incredibly strong currents and is the site of some controversial tests on tidal energy (think underwater windmills). Acoustic receivers placed at these sites detect the passage of tagged sturgeon. Lilly extrapolates that about 2,700 pass by the site each season. Hydroelectric dams are known to cause sturgeon mortalities, but Lilly wants to know if tidal turbines may do the same. If so, they could have a significant negative effect on the sturgeon population.

As protectors of the ecology and resources of the Minas Basin, the Porters have a keen interest in this kind of research. If tidal turbines kill sturgeon, what other species would also suffer? Might someone like Tony Lewis see fewer mackerel, or herring, in his weir if tidal energy is allowed to proceed? The Porters are in a unique position to help researchers gather important data to answer these questions. “What we give is access,” says Darren.

In fact, the Porters have been so busy “giving access”, that this year they didn’t even set their own weir. Citizen science has become a full-time job. Because they know where the fish are and how to catch them—invaluable local and traditional knowledge—the Porters help researchers gather data of unequalled quality.

On another warm and sunny day, Erica and Darren are heading for the Cogmagun River. Today’s research crew is comparing the ecology of three rivers in the area: one that is totally blocked to fish passage, another is partially obstructed, and one is completely free flowing—the Cogmagun. Its sweeping bends are lined with tall grass that pushes in close to the bank. Further back, regal oaks populate an intact coastal forest—green and lush in the height of summer.

The ecology of this river, says Darren, is healthy and vibrant. On the other hand, blocking fish passage sends a cascade of negative effects through an entire ecosystem, which can be seen, and measured, on the other two rivers in the study. Anglers can easily relate the disastrous effect of dams on the Atlantic salmon populations, but the iconic sportfish isn’t the only species effected. Other migratory species, like eels and gaspereau, suffer too.

When the boat reaches the highway 215 bridge, there’s help waiting: a group of teenagers from the Terranaught Club, a non-profit that gives girls hands-on experience with nature and science. Overcoming their trepidation, the first two volunteers hop onto the bow and Darren heads further upstream. He explains to Kriti and Elissa where eels like to hang out, then lets them choose where they want to set their traps. Erica baits the traps with herring, then helps the girls toss them over. “Perfect, that’s awesome!” she encourages them.

Before long the traps come back onboard, some containing a catch. The eels give new meaning to the word writhe. With a combination of fear and fascination, the Terranaughts look on as Erica subdues and measures the slithering creatures. Some are long enough to receive acoustic transmitters, a short procedure that takes place back on shore.

To finish up the day’s work, Darren pulls out of the Cogmagun and heads for a buoy not far off in the basin. Using a gas-powered pot hauler, Erica pulls up the buoy, rope, and acoustic receiver. With it comes a good serving of dark, thick mud—and with that the sulphurous aroma of anaerobic decomposition.

Working quickly, she opens a laptop and wirelessly downloads a pile of information from the receiver. There are hundreds of pages of data—literally thousands of fish tracked swimming by. The receiver has picked up a slew of fish species, including a great white shark.

The ecology of the Minas Basin has its share of hurdles. Rivers that have been dammed, some for centuries, need to be freed. Plans to harness tidal energy may harm fish populations and disrupt normal tidal flow. In an era of climate change and sea level rise, we can protect the Minas Basin by allowing its waters to move freely and naturally. In turn, it will protect its inhabitants, both human and otherwise.

The Basin’s salvation may very well lie in its passionate stewards. Forging a new path as citizen scientists, the Porters are helping academic researchers to show which types of resource use are sustainable, and which aren’t. If that research can be translated into tangible policy outcomes, fisheries in the Minas Basin just might pull through. Artisanal fishers like Tony Lewis could pass down their craft. And maybe, just maybe, a few Maritimers could return to the proud traditions that helped build the region.

Free under the sun 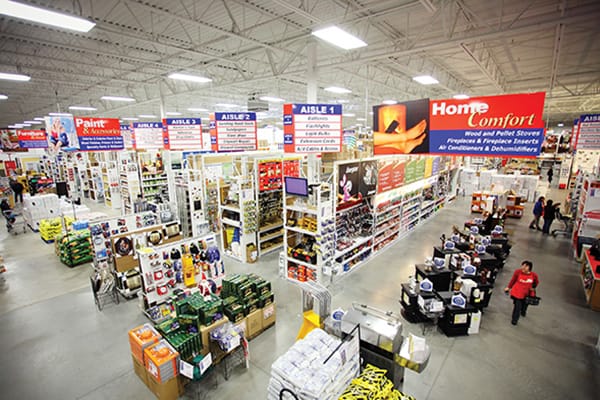 A Company of Equals

HAVE YOU ever wandered around a hardware store with paint swatches and wondered how the almond semi-gloss, in particular, might appear in the absence of fluorescent lights? 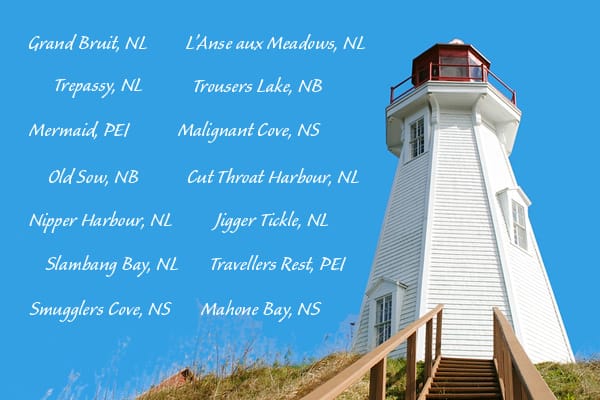 Genealogical historians quickly learn to appreciate the value of geographical clues when researching families. In the process, we stub our figurative toes against place names that make us wonder how...