No shortage of evidence that they do reason intelligently

Male ruby-throated hummingbirds usually migrate into eastern parts of the Maritimes about mid-May. Northern weather is a gamble. They establish territories and wait for the females to fly in from the south. Our spring weather can be cool and wet until the end of June.

As forests and farmlands begin to thaw, spring is a busy time for country dwellers. Darkness was falling upon one miserably cold, late-May day when, looking out a barn window, I spotted a “hummer” peering back at me. Finishing my chores, I went in the house. Outside the bedroom window, there was the hummingbird again. Two minutes later, at the kitchen window, there he hovered.

It finally dawned on me. This individual had connected people and hummingbird feeders. He was losing energy and body heat, starving, and soliciting in quiet desperation. Quickly assembling the recommended mixture of sugar and water, I stepped outside. The wee creature waited no longer. It began feeding while I was still holding the bottle.

Reflecting on the cranial capacity of a tiny hummingbird, I recalled another incident. While visiting Sanibel Island, on the Gulf of Mexico side of Florida, I learned of a double-crested cormorant that had become entangled in fishing line. It was rescued and taken to a beachside clinic called CROW (Care & Rehabilitation of Wildlife). CROW staff untangled, treated, banded and released the bird. But that didn’t the end the story. Cormorants are considered “primitive” birds. Some months later beach strollers watched a cormorant, bound up in fishing line, struggle ashore and shuffle a considerable distance along the water’s edge, dodging on-lookers all the way. Finally it limped into the CROW facility. That bird remembered where to get help and delivered itself the second time!

Back in Canada, one spring day I was called to rescue an adult raccoon, reported hit by a car on the highway near Antigonish, NS. Both its hind legs were broken. Outside the veterinary clinic she burst out of the box, scrambling into the wheel well behind a front tire. Oh dear. It took a bloody battle to extract her (my blood). After the vet put casts on her lower body and hind legs, I took her home. I had a wildlife rehabilitation permit at that time.

Our relationship was a tad rocky at first. She accepted food but refused to be picked up for cleaning, etc. This continued for a short time. There was both an outdoor and indoor enclosure, depending on the weather. One day it was transfer time. I offered her the hand she had bloodied. She took my hand in her paws, placed it in her mouth, and stared at me. The message was loud and clear; mess with me, and I’ll do battle again. I picked her up, took her inside, and soon she was sitting on my lap, smiling, happily eating and undoing the buttons on my shirt. This became our routine. Eventually she healed and released herself one day while I was at work.

Another day a young, itty-bitty snipe was standing forlorn and confused beside its dead mom, on the side of the highway. I picked up both, laying mother to rest in the marsh below our house, where snipe probe the ground for insects, worms and other prey. Raising young “Herman” proved to be a challenge. How can a human imitate a foraging snipe? My friend George Archibald, co-founder of the International Crane Foundation in Wisconsin, successfully engaged with whooping cranes, but cranes are much larger birds.

After initial hand-feeding, Herman grew up in another outside and inside pen, each with an earth bottom that was regularly stocked with bugs and worms to find and eat. Attempts to fly were never initiated. Herman seemed happy in a world where people did all the provisioning. By mid-August I was worrying out loud about Herman’s fate to a visiting biologist. We decided to let Herman go in the marsh while there still was a taste of summer and a chance to learn to fly. It walked off into the marsh, looking curiously around, and facing an uncertain future.

The following spring I was working on the woodpile when a noise erupted from the sky above. A snipe appeared, landing on a pile of eelgrass about three metres (10 feet) away! It was Herman, loudly announcing a triumphant return. Herman stayed long enough on the eelgrass for me to take a picture. I never saw that snipe again, but it was wonderful to realize that it had migrated south, and found its way home the next spring. Herman seemed happy about the accomplishment too!

Black bears are intelligent mammals. One female would walk the stone path in front of our house. We became sufficiently acquainted as neighbours. When I hiked to her den one early May with friends, we heard her bleat, not growl, obviously asking us to leave. At the time, I did not realize that she had a cub and couldn’t run away.

My friend Frank runs an outdoor school in western Nova Scotia. Years ago he was clearing a new walking path and noticed bear poop. He didn’t get the hint until after leaving for lunch one day. Returning to the trail site, he found the chainsaw buried under leaves and brush! The message was clear, and ended that project.

At our summer camp in New Brunswick it took four years for the black bears to become used to us. At first they must have feared that we would clear their 34-acre forest sanctuary, which is surrounded by human “development.” Now they walk by our campsite even during the day, following a streamside trail.

Some wild animals exhibit an understanding of life and death. During the winter several dozen mourning doves frequent ground feeders by our house. After eating, they hide in sunny but sheltered places in the woodlands and marsh to digest the food, and occasionally fly together to drink from open water at a pond outlet. One cold winter day a Cooper’s hawk surprised the flock, killing a dove roughly three metres (10 feet) from the feeder. It ate it on the spot. Within minutes the flock flew back and resumed feeding. They apparently understood that the hawk no longer represented a threat.

Years of nature study have led me to the conclusion that humans differ little from many other sentient beings with whom we share the planet. They deserve our respect! 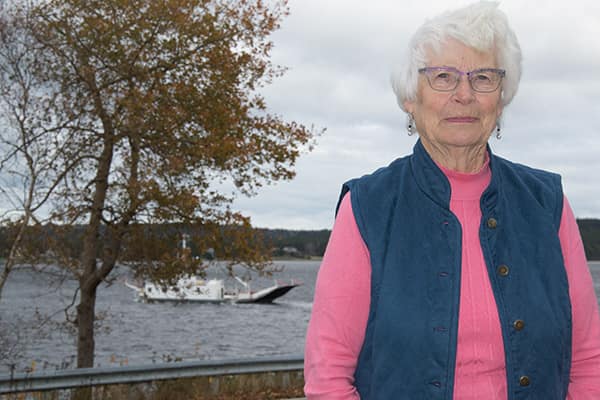 Ramona Himmelman sits at her kitchen table, watching the ferry cross the LaHave River. Ferries have shuttled people, cars, and cattle across this stretch of water just south of Bridgewater, Nova... 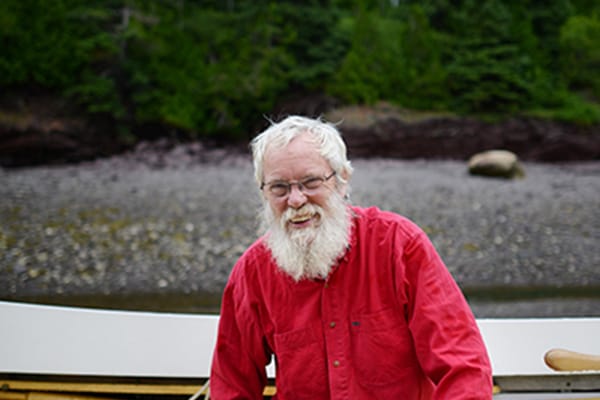 IN THE QUIET of his boat’s hull, somewhere in the South Pacific, between the Panama Canal and Tasmania, Harry Bryan could hear the clicks and whistles of dolphins well before they could be spotted. 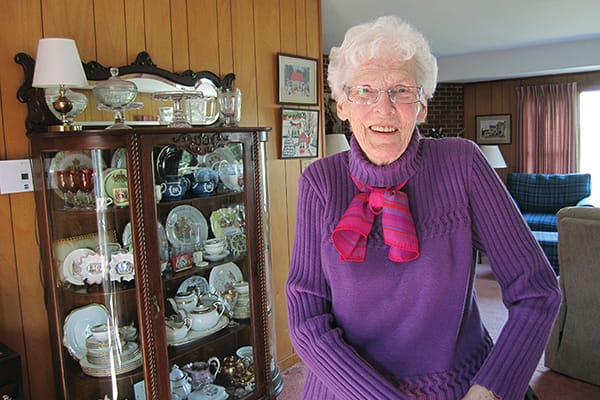 POSITIVE AGEING is the buzz message of the decade. It’s about keeping a positive attitude about getting older, feeling good about yourself, and engaging in life fully. Younger years are divided into...