Dr. Najam Chishti is a retired research scientist who spent most of his career with Charlottetown companies Diagnostic Chemicals and BioVectra. As the President of the Muslim Society of Prince Edward Island, he led efforts to raise $850,000 in individual donations to build the city’s first mosque. For six years, he was president of Canadian Parents for French, and for his full 40 years on PEI, Dr. Chishti has served as a coach, umpire and administrator for table tennis, travelling the world as an internationally accredited official and coaching his own daughter to the Canadian championship. For a lifetime of volunteer service, Dr. Chishti has received the President’s Award for Sport PEI., the Queen’s Diamond Jubilee and, most recently, the Order of PEI. Saltscapes spoke with Dr. Najam Chishti about unused airline tickets, bad accents and picking up litter.

I was born in India. My parents immigrated to Pakistan when it was created in 1947.  All I remember is playing and studying.

Our foremost goal is always study first, then recreation. That is engraved in our hearts. My father sent me to England in 1968 to study for a doctorate. My five brothers are also very well educated.

Tell me about your journey to Canada and PEI.

I was working in England, watching TV on lunch hour. On came an ad to immigrate to Canada. I said to my wife Farida, “Let’s go. We’ll take a return ticket, and if we don’t like it, we’ll come back.” I found a job at the University of Waterloo. We lived there for four years. We travelled to Niagara Falls.

In ’76, the Olympics were held in Montreal. I got a post doctorate fellowship at the University of PEI. I never used my return ticket. I’ve been to Yellowknife, Whitehorse, all the capitals of the provinces, from Newfoundland to BC.

Serenity, tranquility, peace. Its uniqueness. It’s so nice here, so beautiful. We have a day in May called Roadside Cleanup. The Women’s Institute provides garbage bags, and the whole island gets involved. That day the island looks more beautiful.

Why did you work so hard to have your children learn French?

If you can learn at least two languages, this gives you satisfaction and a broader picture of the culture. I wanted to learn French too, but my daughter said, “Dad, you have a very bad accent. Please don’t learn French.”

You and your wife have helped settle refugees and immigrants on PEI from nearly 30 countries.

In the 1980s when boat people and Kosovars came, we helped them settle as refugees. Since then, my wife and I have been helping as many refugees as we can. They came from Vietnam, Afghanistan, the Middle East, from Syria and Iraq wars. That has been our life goal, to make life better and make the island more beautiful by having diversity.

Why did you want to build a mosque in Charlottetown?

We used to pray in somebody’s basement. When the community grew to 200 people, we bought land and raised money. This mosque has retained many professionals–teachers, doctors, engineers–who used to leave after a couple of years. We can go there and discuss, eat, have family potlucks. It has enhanced diversity. The people who are here now have families of four or five kids. Now, there is a community.

Why is table tennis so important to you?

Table tennis is my passion. I love it because it’s a no-contact sport. Youth development is very important. I tell them, this little bat you have in your hand is your weapon. This little ball travels 90 kilometres per hour. If you are frustrated, smash the ball. Go ahead. Be brave to accept defeat as well as to win. That’s what you learn in life.

What’s the one thing you wish people knew about you?

That I would like to do more. I live here. This is my home. It’s my passion to give to the community where I live. I know what people go through, and if I can, I am prepared to help.

As late as the 1950s, the Innu people of Labrador still followed an ageless tradition of moving twice each year in pursuit of their primary sources of food. 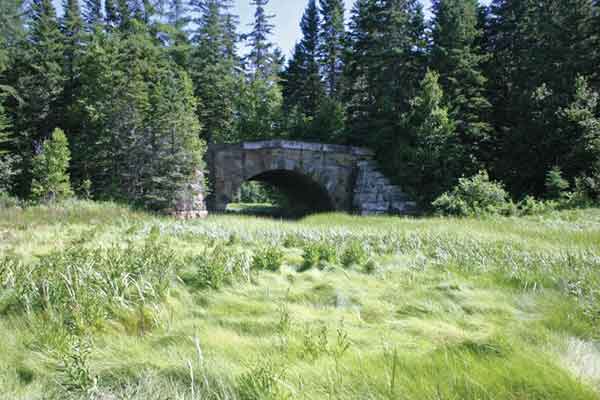 The Original Bridge to Nowhere

Visitors who stop at the small tourist bureau in the NB-NS border community of Tidnish Bridge, NS, usually ask about the 19th century stone bridge a few hundred metres away, strangely out of place... 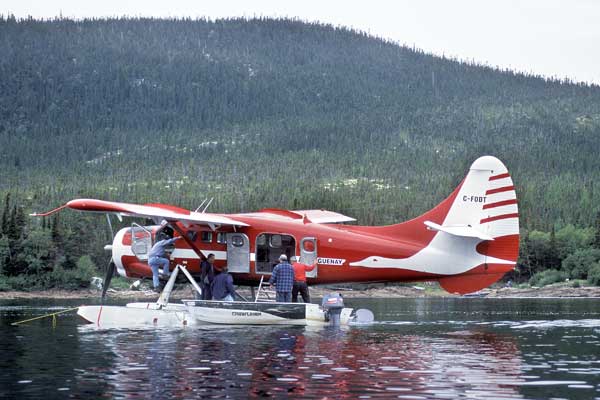 Those Magnanimous Men in Their Flying Machines (Veteran Bush Pilots)

They're more likely to be found wearing dungarees and workboots than glamorous, neatly pressed uniforms, company ties and shiny black shoes. They double as baggage handlers and only stay overnight...