As Via Rail's Montreal-bound train Ocean descends into Nova Scotia's picturesque Wentworth Valley, it enters a leg of the 1,346-kilometre trip that has been promoted as a tourist attraction since the Intercolonial Railway's first train ran through it-in 1872.

Then, as now, tourism promotion was important to Nova Scotia's economy, and the Intercolonial marketed the Wentworth Valley heavily for its scenery. Such was the power of its beauty that it made a believer out of William Stevens Fielding, a journalist who opposed the Conservative government that established the railway. That was before he rose to fame as a Liberal premier of Nova Scotia, and later joined Prime Minister Wilfrid Laurier's cabinet.

In the Halifax Morning Chronicle on October 11, 1872, as part of his report on the homeward-bound journey after the opening run of the Maritime Express, Fielding wrote: "Suddenly the train swept around a curve and exposed to our view a scene of grandeur and beauty unequalled by any other on the line… Above us towered the mountain peaks, from some of which New Brunswick and Prince Edward Island can be seen with the naked eye. Nearly five hundred feet below us the river flowed with a murmur that could just be heard as we rushed along the mountain side. Up and down the valley, close by the river's side, were scattered snug farm houses, whose neat and cleanly appearance-the unsullied whiteness of the buildings and fences contrasting beautifully with the greens sward and shrubbery around them-gave evidence of peace and plenty and comfort.

It seemed as though the mountain were a monarch clothed in the loveliest raiment, sitting there to protect the smiling and fruitful valley. No wonder the ladies ceased their gossip, the card players threw aside their cards, and singers forgot their songs. All gazed with admiration on the beautiful scene spread out before them."

The Intercolonial itself produced travel guides breathlessly describing the views-and inherent adventure-of the journey, this one from 1877: "…on the brow of an almost perpendicular mountain range, looking down into the deep valley below, with its steep boundaries, and the Wallace River running impetuously through and the beautiful towns and villages situated romantically along its shores, is a situation as fascinating, and, at the same time, as hazardous, as the most ardent admirer of scenery and the most callous scare-crow in pursuit of adventure could possibly desire to be placed in."

Of course, area wildlife could also add to the thrill of the train ride, as the Halifax Chronicle reported on Jan. 14, 1873, back in the day before woodland caribou became extinct in Nova Scotia.

"Cariboo Chase On The Intercolonial - The Oxford Sentinel says: 'The Halifax train on Monday evening gave a very hot chase to a herd of Cariboo, between Greenville and Thompson stations, sometimes being within ten feet of them. After about a mile the cariboo threw up the sponge, and dropped out of the course completely.'"

In its 1913 book Summer Provinces by the Sea, the Intercolonial-now under the name of Canadian Government Railways-like Fielding, used flowery verse to describe the grand natural scene, albeit from a vantage point off the tracks: "A drive, or better still, a walk through the valley will bring a hundred pleasures to those who love nature and the beautiful. Here is the winding Wallace River, and here, too, are fifty tiny streams, waterfalls and brooks. Some are dashing headlong and sparkling in the sun, others, with white foam shaded to a cream by the overhanging trees, have inner depths that the eye cannot fathom until accustomed to the narrow limits of light and shade.

The air is musical with falling and rippling water, so here let us take a seat by the side of this merry cascade and listen to Nature's harmonies. So various are the notes, each waterfall having its own, it is not difficult to select sounds that make melodies. But whatever the melody, the dominant harmony is that of joy and gladness, and as the eye views mountain, valley, woodland, river, waterfall and plashing [sic] brook, surely no fairer scene could well be imagined…

But deeper in we go. What splendid solitude. How quickly every fibre responds to the thrilling call of nature. The faintly rustling leaves, the plash [sic] of the brook, now subdued to becoming solemnity, the distant silvery note of the bird at the edge of the forest, the shade and restful monotone of the filtered light, the delightful air, the unbroken calm, and above all the mysterious note of life and creation that emanates from the very ground-all these compel thought and enjoyment of the kind that ever leaves an ineffaceable imprint on the memory."

Since the 1930s, blueberry crops have reduced the coverage of the forest in the valley; however the vista of red blueberry fields prior to harvest continues to offer a pleasing panorama.

In the late 1990s, the Nova Scotia government built the Cobequid Pass Toll Highway between Truro and Amherst, bypassing Wentworth Valley to reduce auto traffic through the region, which had become known as "Death Valley" due to the number of fatal car accidents there. The so-called old highway, however, is still taken by skiers in winter, en route to the ever-popular Ski Wentworth, and a smattering of cottagers in summer, who have set up camp around the area's many lakes.

Today, Via Rail trains run through the valley 12 times weekly. Recent clear cutting for the lumber industry has also altered the landscape that once impressed William Fielding and the Intercolonial writers. Although much of Wentworth's beauty is preserved to date, one can't help but wonder: will the landscape of the future inspire poetic expression? 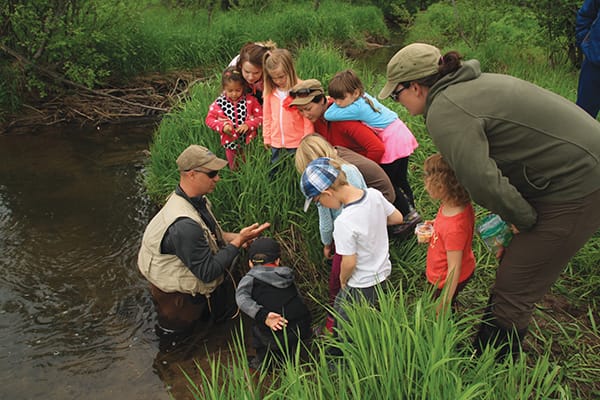 Ben Whalen kneels in the long grass by a clear-running creek, alongside five-year-old Ava Miller. Ava is disappointed she hasn’t yet caught a fish, so Ben, who is project manager with the... 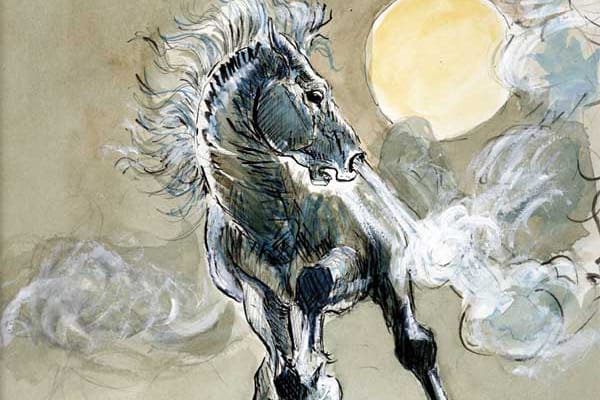 The Nine Lives of Charlotte Taylor, featuring a village at the base of New Brunswick's Acadian Peninsula, hit bookstores in March 2007. Until then, the village existed quietly and contentedly amid... 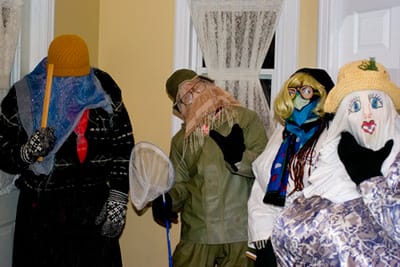 Watching your father dress in your mother's clothes (and vice versa) might not fit in with everyone's idea of Christmas. But that's exactly what my parents did on the long nights of the holiday...