Miles of Sea, Sand, Spuds… and Serendipity. Think you’ve seen all PEI has to offer? Have another look.

For years Prince Edward Island has been known as the greatest beach destination in Atlantic Canada. The water is warm, the beaches go on for miles and are—relative to other beach resorts—virtually empty.

In recent years, there has been an effort to let people know there is more to the Island than beaches, but let’s face it, the beach is still the best part of a visit to Prince Edward Island. Even in the spring, when the water is too cold for swimming, you can still be tempted by a miles-long stroll to admire the sea and the dunes. Or in the early fall when the air is cooling, the water is still warm and inviting—so long as you have a sweater to throw on.

But it is true there is more to PEI than the beach. For golfers in particular, the Island has blossomed into a new kind of paradise. Many of the Island’s best courses feature fabulous ocean views. SCORE magazine now calls PEI the best golfing destination in Canada, combining challenging courses with more forgiving ones and all at prices lower than you’d pay in other parts of the country.

But despite status as the Island province, the seaside and views of the seaside are not the only things that make the Island worth visiting. To spend all your time on the shore would be to miss half the story.

After the beach, PEI is best known for the potato, which is just about as earthbound as any vegetable can be. Potato fields are an essential part of the Island landscape, flashing red earth and green leaves as you drive past, rolling gently off to the horizon.

The same geology that created PEI’s beaches creates a countryside unique in Atlantic Canada; less sharp-edged than the rocky soils of Nova Scotia and New Brunswick, and the polar opposite of Newfoundland and Labrador. The soft sandstone has been worked into gentle shapes by wind and water: wide rivers, broad hills and spacious valleys.

So if the idea of travel is to see different places, take the time to appreciate the Island’s geography. You can do this by driving one of the specially preserved Heritage Roads (getting lost is part of the fun), cycling the back roads or walking the Confederation Trail. This last option is getting better every year. Services along the trail are improving, so that in some places it is possible to walk long distances while only carrying some water with you.

So get out and explore. Unlike the other Atlantic Provinces, the entire Island is accessible. Highways, roads, lanes, and trails cut the Island into navigable chunks of welcoming countryside. There is really nowhere you can’t go, so there will always be another beach, lighthouse, stream, village, park, golf course, or museum that you haven’t seen before.

Let’s start with the beach. People who live here or visit regularly know that it’s difficult to miss on PEI. Where the Island’s soft sandstone meets the ocean a beach will almost always be the result. The abundance of beaches is marked on the map by mysterious roads that cut from the highway down to an unmarked spot on the shore—the traditional trail to the local beach.

While these local beaches are the best place to claim your own acre of sand, the beaches which are supervised or have facilities (washrooms, changing rooms, etc.) attached could hardly be described as crowded. In the past few years, some of the facilities at these beaches have become impressive, particularly the picnic facilities. With firepits, sinks and tables provided, bring the food and a few Hibachis and you can hold a large banquet.

Greenwich and Stanhope have some of the best of these picnic spots, but even relatively obscure provincial parks such as Argyle Shore, Sally’s Beach and Chelton Beach boast impressive facilities.

One of the best ways to see the whole of PEI, from its beaches to the countryside, as well as its history, is through its museums. The Island’s provincial museum is spread across the province in sites from Miscouche to Basin Head, with each museum focusing on a different aspect of Island history. For the museums, the advantage is that most of them are in a setting that puts their themes in context. The shipbuilding museum is in the former home of shipbuilder James Yeo; the agricultural museum is attached to the recreated historic village of Orwell Corner; and the fisheries museum looks over the wide Northumberland Strait on the site of a historic fish cannery.

For the visitor, the distribution of museums is the perfect excuse to explore the Island from one end to the other. A trip to the community lighthouse museum at West Point will introduce you to the wonderful beach there and provide a chance to explore an unusual woodland on the fairy trails behind the lighthouse. You’re just a short drive from the playground at Mill River, featuring waterslides for kids big and small, and from the new boardwalk at Northport, with restaurants, a sea rescue interpretive centre, as well as kayak, canoe and bicycle rentals. There’s also the provincial golf course at Mill River and a nine-hole up the road at St-Felix.

The historic recreation of Orwell Corner, with its old general store, barns, church and hall, is an integral part of the new agricultural museum. The museum itself features a film with memories of early 20th century farming. Tour the real artifacts after seeing them in use on the film. Just down the road the trails through Macphail Woods show off one of the best preserved Acadian forests on the Island. The restaurant in the old house is a great place for tea. There are lots of places to fish in the area, either on your own, or at the U-fish at Ben’s Lake in Bellevue. The best golf courses in the province, Crowbush and Dundarave near Georgetown, are not far away. Dinner at the Point Prim Chowder House is informal but unforgettable for its setting, thrust out into the Northumberland Strait.

Combine a trip to the fisheries museum at Basin Head with a stroll on the beach, watching the tides of the Northumberland Strait and Gulf of St. Lawrence rush together at East Point, admiring the tuna landed at North Lake, and deep-sea fishing out of Naufrage.

But we mustn’t leave out the favourite spot for Island visitors, which you will probably be surprised to learn is not Cavendish, but Charlottetown. Café life has never been better here. With the addition Starbucks at Mavor’s, you have the choice of major chains or the unbeatable sweets served up at the independent Beanz. For dining, the Farmers Market used to be your best choice for ethnic food. It’s still good, but a number of excellent, small restaurants are downtown: Out of Africa, Taj Mahal, Dim Sum Palace and Formosa Tea House—which has become so popular it’s moved to larger premises.

Charlottetown is an excellent spot for theatre, not only Anne of Green Gables and the Charlottetown Festival, but also a new crop of fringe productions every year. Watch the space at the Arts Guild in particular. A close drive is Victoria. Its playhouse will see the debut of Anne and Gilbert—The Island Love Story in 2005, which chronicles the second and third novels in the Anne series.

Anyone seeking evening entertainment should also consider the impressive line up of musicians at the Indian River Festival.

Summerside may be the best place on the Island to spend a rainy day. Eptek Centre, with travelling exhibits; the International Fox Museum, describing the incredible prosperity foxes brought to PEI; and the Wanda Wyatt House, a document of 20th century Island life, could easily keep you busy for a day. You could also check for a matinee at the Jubilee Theatre.

The great advantage of travel on PEI is it is all so close, less than a four hour drive from North Cape (home to a new wind power interpretive centre) to East Point. No matter where you are, you will always be close to something new. 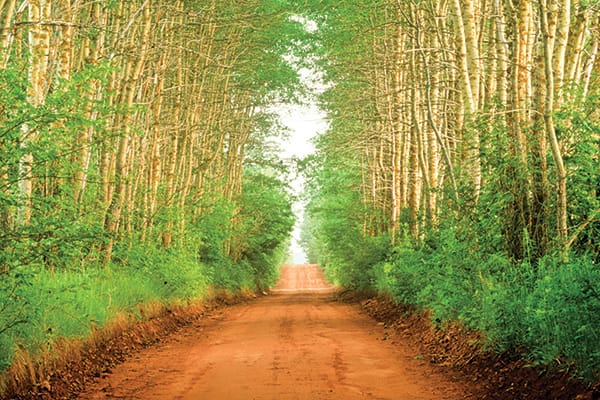 They had a rule. Get off the highway; turn left and then turn left again, and see where you end up. Early one PEI summer after a wet spring, they turned onto a long-stretching clay lane, extending... 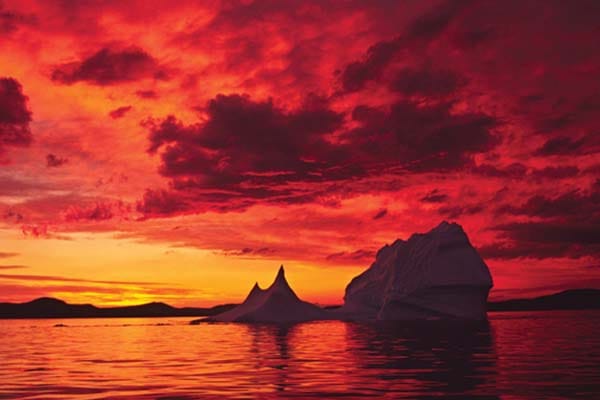 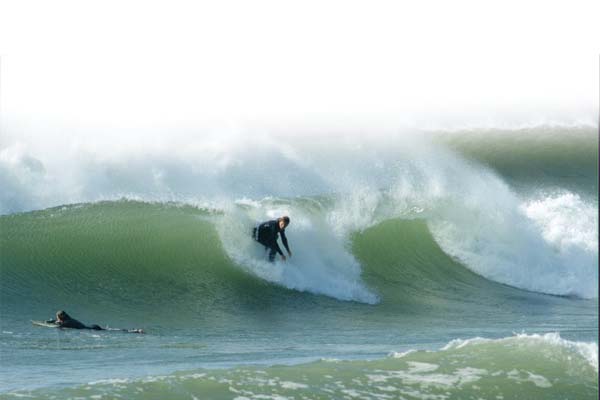 With endless kilometres of sandy coastline encircling the three Maritime provinces, it's hard to choose favourites. After all, we're fortunate enough to be blessed with hundreds of perfect places to...