Saint-Pierre was a site for settlement by the French in the early 17th century, later abandoned under the Treaty of Utrecht, and returned to France in 1763 at the end of the Seven Years War. As well, the islands became a place of refuge for Acadian deportees from Nova Scotia. Saint-Pierre figures frequently in North American British-French relations. As well, it profited heavily from US Prohibition, which did not affect this area, technically part of France. It was depopulated and repopulated frequently, and now remains the last vestige of Imperial France within North America.

Like its northern neighbour, Newfoundland, it is a key fishing centre close to the Grand Banks, some of the world's richest fishing grounds. However, as in Newfoundland, the decline in cod stocks has seriously affected the fishery. As a result, tourism is becoming increasingly important to the economy. As a travel destination, St-Pierre et Miquelon is ideal for those interested in historical and cultural discovery, eco-tourism and the French language. Beyond its history, Saint-Pierre et Miquelon is a wonderful destination because of its mild refreshing climate, its beautiful landscapes, the quality of the air and the warmth of its inhabitants.

As a part of the European Union, the area has much in common with Europe, but also with its Canadian and American neighbours.

>Magical. That's the word often used to describe New Brunswick's Fundy Isles of Grand Manan, Deer Island and Campobello-a collection of islands sitting off the province's southern shores at the mouth of the Bay of Fundy.

The trio serve up solitary beaches, hiking trails, bird watching, kayaking, historic lighthouses, even the former summerhouse of a U.S. president. But what makes them truly special is the solitude one feels.

"It's a quick way to get away from the rush of our busy lives and to really get back in touch with the rhythm of nature. You are not bombarded with traffic and a sense of busyness," says Tourism New Brunswick's Kim LeBlanc. "The islands are a place where you can hear yourself think, and you can hear your surroundings."

Rather than white noise, here you hear the rhythm of tides, the sounds of other species communicating-and, if you're lucky, a whale blowing close to shore.

Here are a few things to do while visiting the Fundy Isles.

Grand Manan-The adventure begins with a two-hour ferry crossing from Black's Harbour, NB. Literary fans will delight in staying at the Inn at Whale Cove Cottages, 506 662-3181, www.holidayjunction.com/whalecove/, where author Willa Cather wrote many of her books while summering here.

Visitors should consider driving the island to see the unforgettable seascapes, wildflowers, fishing weirs, bald eagles and porpoises from cliffside vantage points. Other options include hiking the trails at Hole-in-the-Wall Park and Campground, (known for unique rock formations, whales, seals and birds; whales even wake campers at night), and making the trek to the 1860 historic wooden Swallow Tail Lighthouse.

A treat from the Bakery (specialties created by a Montreal chef) is a must. At Seal Cove there's a whale-watching expedition where guests can go to sea with experienced whale-watch operators, devoted to watching whales in a respectful manner.  The best time for viewing is August through September. Expeditions typically last 4½-5 hours, and offer one of the great places to see whales. The Bay of Fundy is home to more species of whales than anywhere else: finbacks, minke, humpbacks, and the rare right whale in addition to the beluga whale, dolphins, porpoises, and grey and harbour seals. Long Eddy Point (est. 1873) is also a great place to view whales. In late summer and into fall, visitors can see the harvesting of dulse, a dried seaweed, on a drive to Dark Harbour. Grand Manan is the world's largest exporter of this product.

Deer Island-is a smaller Fundy Isle lined with herring, lobster and salmon fishing villages, where visitors can see the Old Sow whirlpool, the second largest in the world at Deer Island Point Park. It's the largest tidal whirlpool in the western hemisphere, and it peaks during the new and full moon phases, so the best time to see it depends on tide times. Kayaking is another option on the island. From Deer Island you can take a ferry to…

Campobello Island-is the third island making up the Fundy Isles and is home to one of the most photographed lighthouses in the eastern part of North America, the West Quoddy Head Lighthouse. Also on Campobello is Roosevelt Cottage, a 34-room building with memorabilia from former U.S. President Franklin Delano Roosevelt. The Roosevelts referred to Campobello as "their beloved isle." The family spent many summers there, and today you might see descendants vacationing nearby. The property has been superbly preserved with beautiful grounds and landscaping complete with interpretation.

Nearby, but not part of the Fundy Isles, is Ministers Island near St. Andrews. Railroad magnate William Van Horne stumbled upon the island, fell in love with the place, and it became his home. Its mystique is so strong that Melanie Coates wants her ashes scattered "off the bay from the bathhouse." The Toronto-based Fairmont Resorts exec fell for the Passamaquoddy Bay isle, while working at nearby Fairmont Algonquin. Visitors can see the circular, quarried beach stone bathhouse and the rest of Covenhoven, Van Horne's lavish 50-room former summer estate, by driving across the ocean floor at low tide. A shuttle boat runs at high tide. Says Ministers Island executive director Mark Clark, "It's 500 acres of untouched beauty over here." 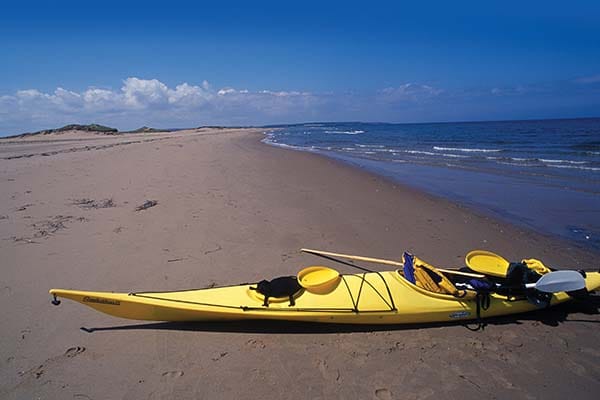 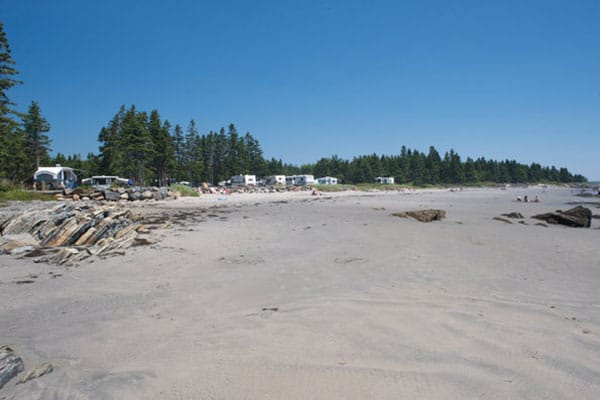 A family RV swing through Maritime Canada: freedom and frugality in a single package 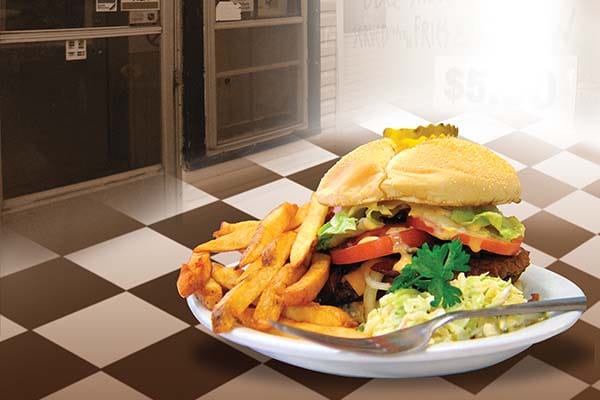 The Best Place in Town

Although true diner restaurants may have gone the way of the $1.99 meal, there are plenty of good eating places in Atlantic Canada still serving home-cooking and diner-style food. But you may need a...