Timeless yet modern, they beckon visitors to explore

Story and photography by Sandra Phinney

Last year, my husband’s birthday coincided with Thanksgiving. I wanted to do something special, but didn’t want to cook. Knowing there would be a legendary community Thanksgiving dinner in a place called Forties (8 km from New Ross), I lined up a stay on the outskirts of Bridgewater. Then a second brilliant idea floated into view. Instead of taking the 103 from our home in Canaan, we’d go via the 101, stop in Annapolis Royal, then cut cross-country to the south shore. Why, you might ask? So we could take in The Perfect Picnic and visit two Parks Canada historic sites—Fort Anne and Port Royal.

The concept for The Perfect Picnic was piloted in Cape Breton Highlands National Park in the summer of 2015. It was so successful, it was rolled out nation-wide. In a nutshell: Parks Canada partners with restaurants in their respective regions, who, in turn provide tasty  pick-up-and-go meals in branded picnic totes identified by that telltale Parks Canada beaver.

First stop: the German Bakery—Sachen Café & Restaurant, across the street from Fort Anne in Annapolis Royal. I chose bratwurst in a kaiser roll with sauerkraut (the best bratwurst I’ve ever eaten); Barrie had a schnitzel sandwich to which he gave thumbs up. Danish turnovers topped everything rather nicely, chased by a large thermos of coffee.

After eating lunch next to a cannon, we ventured inside the museum, formerly the 1797 officers quarters. One of several striking displays is a four-panel tapestry (8x18 ft.) chronicling over 400 years of history in the area. This needle point masterpiece was designed by Kyoko Grenier-Sago; over 100 volunteers hand-stitched some 3 million points. When Queen Elizabeth visited Halifax in 1994, she added a few stitches to one of the panels, saying that it was the hardest thing she had to do that day.

Another marvel of Fort Anne is the Vauban style of fortification. Instead of wooden walls, the star-shaped fort is made of giant mounds of earth, designed not to have any blind spots. The fort was the capital of the province, long before Halifax; it was attacked 13 times and changed hands seven times.

Strolling around the property, we passed through the oldest cemetery in Nova Scotia (perhaps Canada). It gave me goosebumps to see a gravestone with the inscription “Here lyes y body of Bathiah Duglass wife to Samuel Duglass who departed this life Octo the 1st 1720 in the 37 year of her age.” The stone carver had inserted and “o” above the DU in their sir names to read Douglass. Not easy to correct mistakes on stone. I wished I had flowers to leave for Bathiah.

Later, we drove around to the other side of the harbour to visit Port Royal. Also referred as the Habitation, this is where Samuel de Champlain and the boys established the Order of Good Cheer to stave off the winter blues.

Barrie was tickled to find a shaving horse called the “shingle bench” in the centre of the compound and had no trouble using it, as it’s similar to one he made at home a few years ago.

Another highlight was meeting park interpreter, Joel Doucet who was using a foot-powered spring pole to make a spindle. In the olden days, artisans had to ply their trades for three hours a day, after which they could hunt, fish, and tend to their gardens. In the early 1990s, Joel researched this lathe (known to be used by the Egyptians in 300 BC) and built a miniature prototype which was approved by a Parks Canada historian. Eventually, he and a colleague built a full-sized lathe like the one he was using.

Alas, our time ran out; we scooted up to Middleton then down Rt. 10 to the South Shore before dark. En route I recalled learning about The Perfect Picnic while planning a day trip to Kejimkujik Seaside two years ago. For once, a government agency didn’t complicate things. In fact, Parks Canada sites say it’s as easy as 1, 2, 3, and, true to their word, it’s simple to find their food partners, menus, and phone numbers.

After fetching our picnic boxes at Finest Kind Food in Shelburne, we moseyed on to Keji Seaside. We chose the Harbour Rocks Trail, an easy 6 km stroll (return), and saw scads of gorgeous wildflowers, and bushes including mountain holly, wild raisin and huckleberry. Everything had a 3-D quality. Even scrubby spruce trees had a majestic presence.

We spread our picnic over low wide boulders bordering a sandy beach and enjoyed a scrumptious lunch which included fresh bread, cheese, smoked fish, sausage, spicy peanuts, fresh coleslaw, fat peanut butter balls, and real lemonade. After lunch we focused our attention on finding Parks Canada’s iconic red chairs. As if on cue, as soon as we sat down, fog rolled in. Although we could barely detect grey blobs (seals) slipping off of grey rocks into grey water melding into the grey sky, it felt surrealistic. I expected Selkies to appear.

My most recent picnic experience was solo. As I had a meeting in the city, I decided to tack on a couple of hours to visit the Halifax Citadel and made a beeline for the Coffee Bar in the Cavalier Building. Turns out there actually was a coffee shop here back in the day, to entice the men to linger in the adjacent library in hopes of improving their literacy.

Armed with my lunch (which included the biggest date square I’ve ever seen), I headed up the stairs behind the building to the Northwest Demi-bastion, where I picnicked on the fortress rampart. Afterwards, I briefly contemplated having a nap on the grassy hillside, but knew I’d better hustle if I wanted to see members of the 3rd Brigade Royal Artillery demonstrate how to load and fire a small cannon. It was impressive.

As I meandered around to different point of interest, I was especially pleased to see that exhibits are not cordoned off. You can actually feel and touch things—even lie down on a bed in the barracks.

The high point of the visit for me was strolling into the “Storm the Beach D-Day Exhibit.” I felt as if I was actually on the beach at Normandy and involved in the story. It was moving, heart wrenching, and inspiring—all at the same time. Kevin Robins (the curator of The Army Museum on the second floor of the Cavalier Building) was on duty. What a fount of information! Sad to say I didn’t have time to visit the museum, but it’s now top of my list when I return, and Barrie is keen to join me.

Also on our “to-do” list, is a trip to Cape Breton Highland National Park where The Perfect Picnic originated. We’ll have lunch at the spectacular Mary Ann Falls. Why, with the 10 perfect picnic places Parks Canada recommends throughout the park, we could picnic our way mornin’, noon and night around the island. Four days should do it. Let’s face it, it’s not everyday that our dining room is an ancient forest, a stunning beach, or an amazing historic site. And you don’t even need to wait until you are on vacation. Check out Parks Canada for The Perfect Picnic near you. www.pc.gc.ca 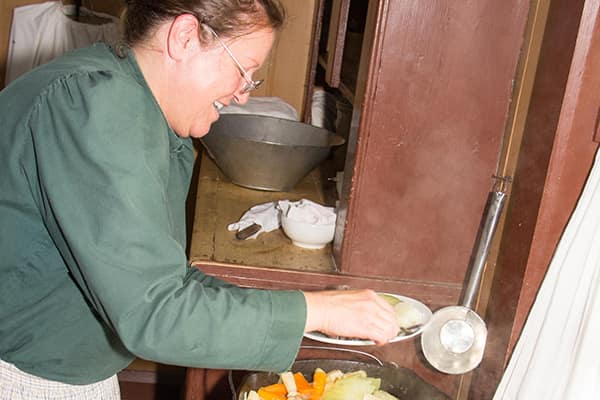 Of boats and brews and battles, too

On the Acadian Peninsula, you can have a perfectly nice trip enjoying the delicious shellfish and admiring the scenery. But to fully appreciate the area, we needed to see it through the lens of... 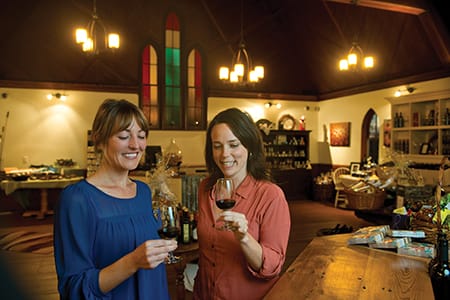 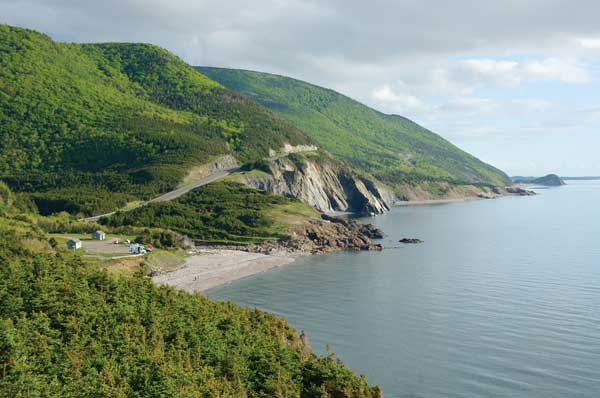 With almost 7,600 kilometres of coastline ringing Canada's Ocean Playground, driving getaways are a great way to see the sights.