WE’RE HARD-WIRED to be mesmerized by flickering flame. We wait for darkness so we can light our candles. As soon as the weather chills we light our fireplaces. Campfires, beach parties, bonfires—all a source of the best memories. Can you think of anything more Canadian than socializing around an open fire? Human warmth is stoked by fire.

There’s a couple in Cape Breton who have built a business around the creation of memories. They make outdoor fire pits by recycling propane tanks. Kevin Nicholson says he has gone “from pit to pit,” because he worked in the DEVCO coal mine for 20 years before he started the fire pit business.

But let me back up a bit first and tell you about Kevin. He’s bright, creative, resourceful, always interested in what’s around him, and he’s fun. He’s a real Cape Bretoner! As a coal miner he took the initiative to repair some of the stuff that was being discarded as scrap, thus saving DEVCO hundreds of thousand of dollars.

He wasn’t formally trained for some of the work that he did at the mine, but he watched and learned quickly. That quickness is certainly evident when you’re talking with him—you can almost hear the wheels turn as his mind races ahead…

…Then you hear: “Just a minute now, Kevin”—the voice of the person who provides balance in his life—his wife, Noreen. Her feet are anchored to the ground. She has a good sense of when and where to show their products. She appreciates the value of the business, but insists on equal time for the other important things in their lives. Together they have created a successful enterprise that now includes their daughter, Loreen.

When the mine closed, Kevin turned to making lawn ornaments and sculptures of iron. He is particularly proud of the sailboat sculpture that graces the front entrance to the casino in Halifax.

About five years ago a fellow asked him if he could make a fire pit out of an old propane tank. He did. One friend told another friend about it, then two friends told two friends, and so on and so on—and A Twist of Iron evolved from a hobby to a business.

And the passion remains. Kevin seems to have the touch of an environmentalist about him—he is passionate about turning tons of steel into keepsake treasures, instead of filling up the landfills. And he is passionate about design. He might spot a moose on the road or see something on the menu at a restaurant that triggers an idea for an innovative design cutout on a fire pit.

Daughter Loreen was a designer and cutter, but now that she is pregnant she isn’t allowed near the filings, so she’s confined to the artwork until the baby is born. Noreen also contributes to the artistic design. Her new “frog pit” shows signs of being very successful. There are some standard designs: Celtic knot, sailboat. There’s a nature series that includes the ever-popular loon, and the business does custom designs. The Twist of Iron website (twistofiron.com) is a delight; it has a twist of Cape Breton humour in its descriptions.

When Kevin was commissioned to do one for yours truly, he and Noreen chatted with me to get an idea of what I like. That was easy—I like to fly fish! My pit has a salmon with a blue charm fly (my favourite) carved in it, a bungalow, a tree, a few fish hanging from a plank, and a female holding a rod with the line going down to a fish. Under the female is carved the word Hooker. That’s me!

A Twist of Iron doesn’t do a great deal of marketing: the pits pretty well sell themselves. There is a delightful folk-artsy sign on their lawn that makes people stop—and a new fire pit usually leaves in the trunk of the car.

Periodically, the Nicholsons load several pits on a trailer and participate at various farmers markets in the Maritimes, or set up shop at a garage. That gives them the opportunity to socialize with others; it’s interacting around a fire pit in a different way.

They ship their pits to purchasers anywhere in Canada. Some have found homes in almost every province and territory. They occasionally ship several pits to a cottage show or farmers market in another province, then fly up to chat and sell. The product is unique.

Fire is one of the strongest instincts of the human race. It is magnetic. It is contemplative. It pulls us in to share nostalgic memories with friends, or just stare at it in a trancelike state.

My outdoor fire pit burns many evenings that I’m home. Friends and neighbours drop by to enjoy the harmony around it. Even in the dead of winter, the open fire continues in my yard.

The aroma, the sound of the wood, the different shapes and colours of the flame, the warmth. Is there anything better? Gathering around a fire is perhaps the oldest form of human social interaction…

And it sure beats the impersonal coldness of the current social network craze! 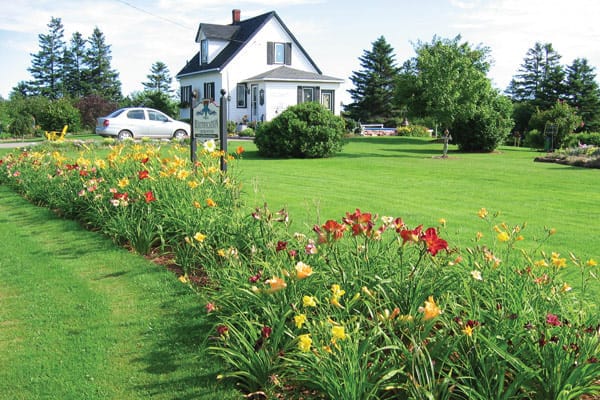 Lilies are dazzling performers that work well in most gardens. Whether they’re true lilies or daylilies, plants come in a range of heights; flowers vary in character from blaring and bold to sweet... 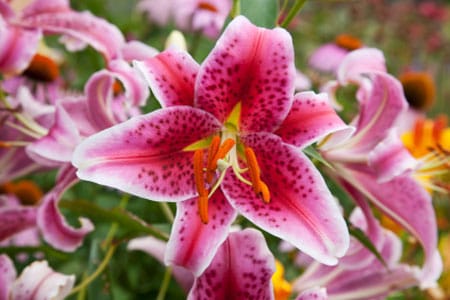 How Green Is Your Thumb?

Products to help you care for your lawn and garden organically. Feed your soil, feed your plants. Plants take their nourishment from nutrients in the soil. All soils are not created equally when it... 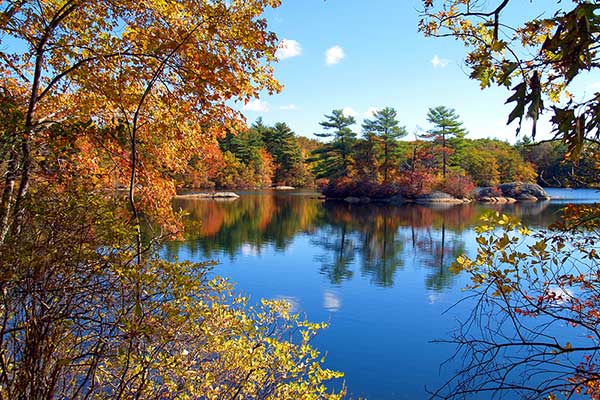 Like many people, perhaps gardeners in particular, I have mixed emotions about autumn. On one hand, it’s a great time of year for outdoor activities, given that daytime temperatures are pleasant and...