If the chill of fall nights makes you think of hunkering down next to a fire with your favourite book and a hot drink, that just makes you normal. Humans have always been drawn to flames, whether it be a firepit in the backyard or a modern gas insert in the living room.

I have no firepit expertise so I’ll leave that to others and instead, take you on a tour of some of the more unusual and interesting fireplace and woodstove installations that homeowners can now consider.

Gas fireplaces have the advantage of offering a cleaner hearth—no bark, ash, or smoke to contend with. Most gas fireplaces have remote controls for starting, many with apps for your smartphone and the ability for remote or automatic start. This is a particular advantage if the homeowner is far away, sitting on a sunny beach in February, when there is a major power outage back home.

Some gas fireplace models will detect the temperature drop and start automatically, without electricity, ensuring that you don’t return to an icebox. Gas fireplaces have a great flexibility in design, so you can move beyond the traditional fireplace installation on a living room wall. Gas inserts can look as traditional as a wood fireplace, but that is simply the tip of the iceberg.

Woodstoves have long stretched their designs far past traditional models and now offer a stunning array of modern and traditional freestanding and insert options, many with zero-clearance. And while many of us may roll our eyes at the thought of electric fireplaces, these, too, have advanced in design with everything from the traditional electric flame to holographic and even video presentations of flame in them.

Whether you’re using gas, electricity of wood to fire your flames, you now have design options that would have been beyond our reach just a few decades ago.

Two-sided, see-thru models are perfect for adjoining spaces like a master bedroom and ensuite, or a living room and dining room, adding a fantastic focal point in two rooms at the same time.

Corner fireplaces may bring to mind images of a traditional hearth tucked away in the corner of a room, but instead think the corner edge of a wall, with the fireplace window extending around the corner to a second side. This can be a great solution for a room with a large main space and a nook, as the fire can be viewed from either area.

But if two sides are not enough, consider a 360-degree view. Stunning statement pieces, the 360-degree fireplace is a considered purchase, but if you have a large open space, it can create an obvious gathering place around which to arrange seating. There are the well-known hanging fireplaces, made popular during the mid-century period, as well as traditional and modern round fireplaces that can stretch from floor to ceiling.

Location is another way to do something a bit different with your fireplace. We typically think of them in the living or dining areas, but as more homeowners create large, lavish kitchens and master suites, these have now become common areas for a fireplace.

Pier installations use jutting features like kitchen islands or bars as the base for the fireplace. They are often placed at the end of the island or peninsula, to allow for two-to-three sided views. However, if your island faces out to your dining or living area, it can be installed on one side, creating a beautiful view into the kitchen area.

In the bathroom, a see-thru fireplace, as mentioned above, offers a beautiful look for both rooms, but there is also the option of freestanding stoves, or even a wall-mounted unit that can be gas, wood or electric. Having a fire in the same room as a large soaker tub is a luxurious touch for which many are now opting.

Traditional wood fireplaces or wood stoves will likely never go out of style, but the constant innovation of the designers at work in this industry ensures that there will always be something new to satisfy every taste. 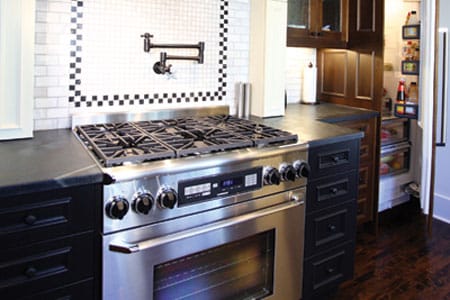 There's a new math when it comes to kitchen appliances. The old formula included one refrigerator, one stove and one dishwasher, resulting in a geometric space called the work triangle. Lately... 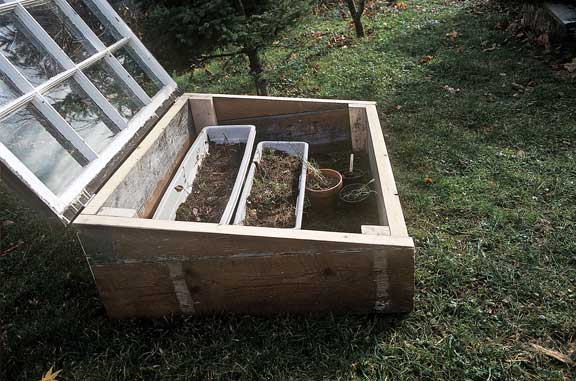 We once met a man who used a south-facing hillside and well-constructed cold frames to capitalize on the warmth of winter sunlight, and his family's table was graced with fresh lettuce all year... 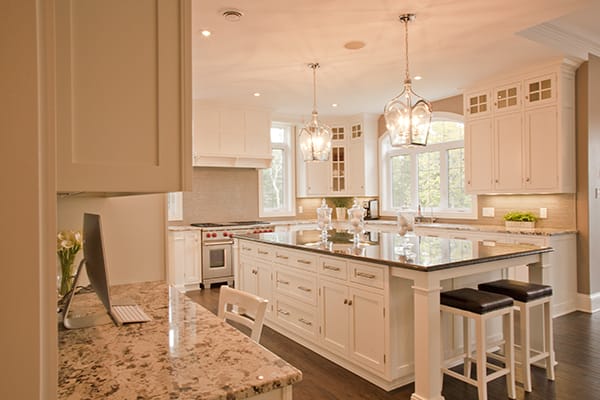 NOT THAT LONG ago, families would sit at the dinner table each night, break bread together, and catch up on the news of the day. Between long commutes, kids’ activities, fitness classes and book...