If you go down to the woods today, beware the humans.

In a not-so-unusual episode, a rural Cape Breton restaurateur chases a young male black bear off the roof above his kitchen with a broom. (Was that wise?)

In suburban Dartmouth, NS, a traumatized young bear runs headlong behind a row of homes, climbing fences and swimming across backyard pools in a panicked attempt to find a way out-while startled homeowners punch 911 into their phones.

Consider the story out of New England where a terrified young adult black bear was treed in an urban backyard by a particularly territorial house cat.

Then there's the incident where a black bear drank a case-and-a-half of a camper's beer (curiously selecting only one brand from the two available) and promptly passed out in a tree.

Black bear populations are difficult to inventory and monitor because the animals live in relatively low densities and are secretive by nature, but there are probably 25,000 in Atlantic Canada. As we increasingly erode their habitat, they will increasingly visit ours-at their peril, not ours, for "nuisance" bears are often destroyed by wildlife officers. As travel corridors are interrupted and forest clear-cutting continues, the future of our black bears will relate to how well we understand and tolerate them.

So is the threat to public safety real or merely perceived? Is destroying so-called nuisance bears an exercise in public safety or public relations?

The rare conflicts that do occur usually involve immature male bears, newly separated from the mother, or sow, in search of a suitable range for themselves. These young bears sometimes wander into suburbia and too frequently, an honest mistake by a confused young animal is perceived as a security crisis-with potentially fatal consequences for the bear. As a result, the gender ratio among mature bears can be skewed female.

Even when the more aggressive western bears are factored in, attacks on humans by black bears are exceedingly rare. There have been 56 documented killings of humans by the 500,000 or so black bears in North America during the past 100 years. None in Atlantic Canada. Our best friend, the domestic dog, has a far worse record.

The bear's public persona is oxymoronic. It is either cuddly, as in a teddy bear: US President Theodore (Teddy) Roosevelt, a keen big-game hunter, once refused a guide's urging to shoot a captive bear-and from press coverage of that incident the term "teddy bear" evolved. Or, it is fierce and dangerous, as in Hollywood's depiction of the grizzly.

When it comes to the eastern black bear, neither of the above is remotely accurate.

The stereotypical bear is a big, slow, lumbering critter; clawed, fearsome and dangerous. The truth is that a black bear can move at close to 50 kilometres an hour, climb a tree as fast as a squirrel and is, in reality, a shy, gentle animal wishing just to be left alone to go about its business. The black bear is rarely seen in the wild even by veteran outdoors people. Its ultra-sensitive hearing and amazing sense of smell (its nasal mucosa area is about 100 times larger than a human's) allows it to pinpoint us long before we ever see it. Its broad, soft foot pads allow it to move silently away downwind, undetected.

Myth: A sow bear with cubs is among the most dangerous animals on the planet.

Fact: That's a grizzly. When a female black bear senses danger, she is likely to hustle her cubs up the nearest tree and blur out of sight herself. Indeed, biologists can capture and examine screaming cubs in view of the sow without incident.

Myth: When confronted by a bear, it is prudent to avoid eye contact and lie down and play dead.

Fact: That's also a grizzly. Black bears eat carrion, so it's not very smart to pretend to be carrion lest you invite the bear to investigate your carcass. In the unlikely event that you ever meet a black bear face-to-face, the best strategy is to turn around and go in another direction. Almost invariably, unless it is eating or smelling food, the bear will do likewise. But easy does it! Black bear charges are almost always just a bluff; a defensive, rather than offensive, posture-however, in the same way that a dog will instinctively chase a cat or rabbit, a bear may be tempted to chase a person fleeing in panic.

Climbing a tree is just plain dumb,but only half as dumb as trying to force a hungry bear away from its intended dinner. Many pet dogs won't put up with that. It's a survival instinct. Eye contact should definitely be made with a black bear in any potential confrontation. A loud commotion will usually intimidate the animal and frighten it off.

Hollywood notwithstanding, the act of rearing up on hind legs is not an act of aggression, but merely an attempt to see you better from a higher vantage point. A bear making a popping sound with its jaws is an alarmed, uncomfortable bear. Backing off is called for.

One recent bear attack on a woman in New Brunswick (the only one ever reported in the region as far as we could determine) probably resulted from a surprised bear being confronted by a dog.

Prince Edward Island has no bear population. In Newfoundland, a different strain of black bear roams the open tuckamore as well as the woodlands. These can be huge animals, often sporting white or grey chest markings, with the general appearance of a black Volkswagen Beetle and weighing in at more than 700 pounds, putting them closer to the grizzly size class. They are rampant carnivores, capable of bringing down a full-grown moose-but, once again, there are no reported attacks on humans.

Labrador, with its harsh climate, tends to have smaller black bears than on the island, but in both cases, these heavily carnivorous "barren ground" bears appear to have left their normal forest environment and adopted somewhat the ecological niche of the grizzlies that have historically inhabited Labrador and northern Quebec.

In rural areas of the region that abut woodlands, especially around wilderness camping and cottage areas, we have a responsibility to store foodstuffs, compost and garbage properly to avoid attracting bears.

We also have a responsibility to better appreciate, and hopefully better tolerate, a highly intelligent, inoffensive animal. 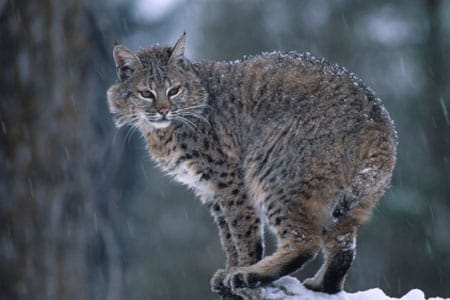 A Lesson from a Bobcat

On a snowy, drifting winter morning two years ago I began sorting lumber for a new project in the workshop attached to our woodland home. As I worked, a series of strange sounds began to emanate... 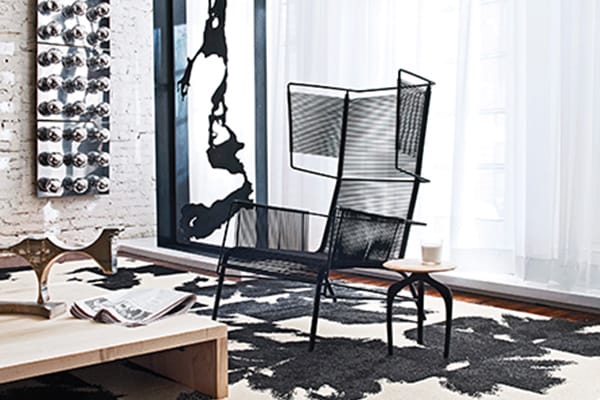 There are those who say that carpeting has gone the way of the dodo. Jeff Redden doesn’t agree. “It’s true that most new builds are going with hard surfaces throughout,” says Redden, a dealer-owner... 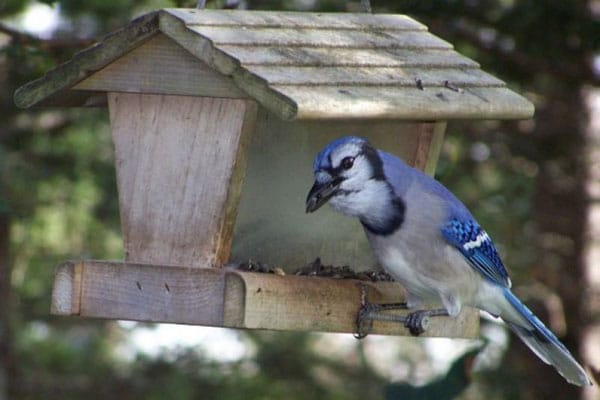 Most provinces already had a provincial flower, tree, and gemstone, but it wasn't until 1977 that Prince Edward Island chose its bird emblem, and another half dozen years before New Brunswick chose...