How Cyril Goodyear spent years solo patrolling large swaths of Newfoundland and Labrador for the Newfoundland Ranger Force, then the RCMP

A lifelong outdoorsman, Cyril Goodyear is one of only 204 men to have belonged to the Newfoundland Ranger Force, which served remote communities of Newfoundland and Labrador from 1935 to 1950. Rangers did everything from acting as customs agents to enforcing criminal and game laws, helping to build roads and checking in on isolated outport families. After a career with the Rangers and, in turn, the RCMP, Goodyear went on to get a law degree and become head of the provincial court, before he and his late wife, Shirley, moved back to his hometown of Deer Lake, NL, in the late 1980s. Not ready to retire, Goodyear served a term as mayor of Deer Lake, from 1997 to 2001. He has published five books—with more on the way—several of them based on events recorded in the diaries he has kept since 1946.

I was born in Deer Lake on April 23, 1926, and I left at 17 to go to Canada and join the Royal Canadian Air Force. I went from Port-aux-Basques to North Sydney and caught the train to Halifax. But I was too young to get into the RCAF, so I got a job in the dockyard, and went down to the recruiting station every few days for about a month, until they agreed to take me.

I was sent to Toronto for training, but the war was ending so I never went overseas. I came home and was back for about two weeks before I joined the Newfoundland Ranger Force.

By 1934, the Brits had suspended responsible government. There were no elected members, and the government commissioners had to have people who could report to them, so [in 1935] they formed the Newfoundland Ranger Force. The basic educational requirement was the British Grade 11 matriculation, which was almost like a PhD in those days.

They sent us to remote regions, and we would report to them by mail on everything: the fishery, forestry, mining, whatever was in our area. We had these small portable typewriters and were required to keep a daily diary that we typed up at the end of the month—we were the communicators and advocates between the people and the government.

My first posting was in Battle Harbour, in Southern Labrador, which was then a supply place and customs port. I used to clear the whalers from Scotland and Norway, who were going to the big whaling factory at Hawke’s Harbour, and the salmon boats from Canada and the United States.

After Battle Harbour, I was shipped up to Nain, on the northeast coast of Labrador, where I spent my 20th and 21st birthdays. The last boat went south the 15th of October, and you hardly saw anyone from the outside world between then and June or July of the next year—depending on the ice conditions—when the supply boat would come back.

From a young age, I was always outdoors. Deer Lake was a logging town, so I spent my holidays growing up in the lumber camps—my father was a camp foreman—where I learned how to live in the woods. From the time I was 10 years old, I would go off and camp by myself, and go fishing and so on. So it wasn’t a quantum leap for me to fit in when I got to Labrador.

By my second year in Nain, I used to travel all the way up to Hebron and down to Hopedale by dog team and small boat. You’d travel over the sea ice and the storms would come up, and you’d crawl into whatever you could find for shelter. Maybe a snow hole, or if there was time you’d build an igloo, or you might find some old shack. If you came to a place with woods, you could stick up your winter tent.

I wore the local clothing. I had a pair of sealskin overpants and a parka with a very deep hood on it. They used dog fur on those hoods, because it wouldn’t freeze up. I wore untanned sealskin boots, with bottoms sewn on with caribou sinew. If your boots happened to get wet the sinew would swell, and your feet would stay dry.

There were a good many treks through blizzards. The worst was the time I was on my way back from Hebron, and you come down over the Kiglapait Mountains. My dog team driver and I were snowbound there for three days. Finally, we got down to where there was one family, Sarah and Boas Obed’s family. We didn’t have any food, so Sarah did bannock on the stove, and there was nothing else in the house to eat.

The next morning we got up and left—we had about 50 miles to go to Nain—and when I got there I sent food back to them.

In the summertime, the people lived out on the islands, where they fished. In the winter they lived up the bottom of the bays. There were rarely more than two families in any one place. If you’re hunting or trapping, you need a large area that’s sparsely populated in order to make a living.

We would travel around and visit every home in our district umpteen times. You’d visit with them, share your food—you knew everybody. Sometimes they might be short on supplies and you would make sure they got some. It was like visiting your friends. I was never the big, important policeman, nor were my associates.

Because Rangers were away a lot, people would come to our wives with their problems—everything from how to fill out forms, to dealing with a bad youngster, to a neighbour who was bugging you. In most cases, when we’d come back from our travels our wives would have solved the problems.

Shirley and I were married for 42 years, and we had a fabulous life together. Her family lived outside Deer Lake, and I went to school with two of her brothers. In 1947, I had come out of Nain and had a week’s leave while waiting for the boat back to Labrador. I went home, and was visiting some people when she walked in—and it just hit me, you know. We got married about a year and a half later.

After Newfoundland became a part of Canada, Premier Smallwood did away with the Ranger Force and brought in the Mounted Police. I felt the same way about Confederation then as I do now. I’m not a fan. I’m a Canadian only in name.

Those of us on the Ranger Force were offered positions in the Mounted Police at reduced rank, even though our academic qualifications were far higher than what was required by the RCMP at the time. Shirley was pregnant, so I didn’t have much choice but to go into the Mounted Police.

Knows every rock in bay

I had been stationed in Gambo, in northeastern Newfoundland, and the police transferred me to Glovertown. I had a 45-foot police boat with a good motor, and I did all of Bonavista Bay by myself for two years. I know every rock in the bay because I struck every damn one of them.

In the fall Glovertown would freeze up, so I had to put the boat in dry-dock, and then I would charter a boat out of Hare Bay, which was ice-free.

You could go out on the bay and think you’d be gone a week, but the weather could get bad and you might be gone two weeks. That was the way it was, and you had to accept it. What else were you going to do?

In 1951, the Mounted Police transferred me to Halifax, to work as an investigator for what’s now called the Major Crimes Unit. I think I was promoted because they had the impression I was fantastic investigator. But really, I knew everybody, I would talk to everybody, I would dock at their wharves, and I had so many connections my success rate at solving cases was very high. It’s not like I was a genius—I was just a friendly person.

People would come up to me and say, “How are you making out with such and such a case?” And I’d say, “Well, I don’t know,” and they’d tell me who to go talk to about it.

I stayed at the Major Crimes Unit until I went to pension from the Mounted Police in 1965, and then I was appointed to the provincial court in Newfoundland as a judge. After I was named to the court, I took a leave and went to Dalhousie University to get my law degree. I graduated in 1977. I spent a number of years in court in Labrador, and was eventually transferred to the Royal Commission on Labrador; subsequent to that I became head of the provincial court.

In that era, opportunities were rather limited, but if you happened to be in the right place at the right time, then you’d make it.

I’ll be 88 in April, but I still camp in the early spring and late fall using my winter tent, and I canoe in the summer. I don’t do whitewater anymore, but I do lakes and bays and go around the perimeter. Last summer I paddled three large lakes east of Deer Lake for six days, without a hitch.

Some people tell me it’s time to stop camping on my own, but most people just ask me if I’ve been out camping lately. 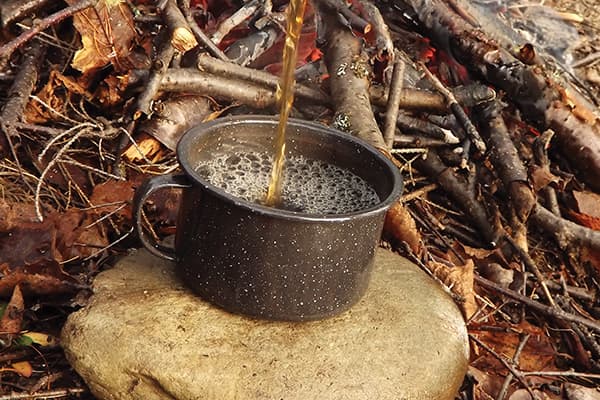 Crouching low, I touched the lit match to the ragged white bark stripped off a birch earlier for just this purpose and watched as the flames licked upward into the kindling and flashed into a mini...

For the love of libraries 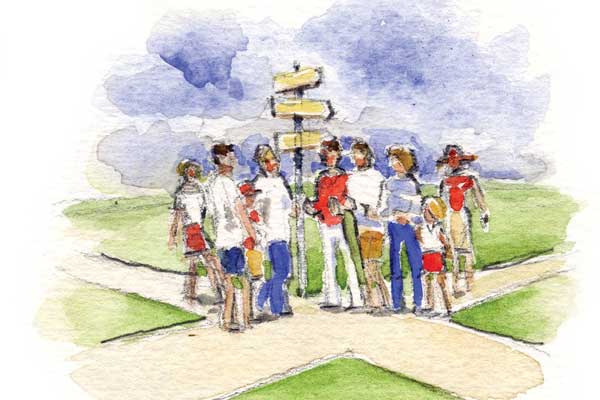 History lurks in the towering cathedral, mighty fortress and lofty chamber where solemn-faced politicians with mutton-chop whiskers signed the legislation that created a nation. Yet there's another kind...