Long, consecutive working days render the prospect of sleeping in on weekends to be one of my few cherished inactivities. Springtime, on the other hand, brings a flood of new activity to the woods and waters around our home.

One sure sign in April is the arrival of a grey, graceful, long-winged and long-tailed hawk that swoops low over fields and marshes, tipping on the wind as it searches for small prey. The male northern harrier is back, covering about 150 kilometres a day with its easy, low flights over a hunting range of two or three square kilometres.

Before its name change to “northern harrier” this species (Circus cyaneus) was called “marsh hawk.”

I began to know them when a pair nested in the marsh below the house. The male was easily identified with his grey back, slender build, and a white rump patch at the base of the tail. Females and juveniles sport dark brown backs with similar white rump patches. Another way to identify the species is by the ruff of feathers on the sides of their faces, giving their head an owl-like appearance. This configuration funnels sounds to the inner ears, enabling harriers to hear extraordinarily well.

By mid-May, a somewhat larger female was also hunting the swamp and our fields. The male began courting her, winging skyward, then plunging into a series of steep, roller-coaster dives. Eventually she joined him and they performed aerial loops, sometimes with backward somersaults at the top of the loops.

Soon the pair was building a rough nest on the ground in the swamp. Constructed of grasses, sedges and reeds, the pile was discretely located in some dense vegetation to camouflage it from potential predators. Other ground nesting sites include cultivated grasslands, shrub lands, coastal aquatic habitats and bogs.

Harriers are very vocal, and I soon learned some of their language. Sleeping in on weekend mornings became unusual. I was frequently awakened at dawn by a particularly strident call indicating that a cat was headed towards their nest. Each time I arose and chased the feline off the property. Then the harriers would settle back into relatively quiet marital bliss.

Although I have encountered other harrier nests, I deliberately avoided this one. Raccoons, and foxes in particular, are known to follow human scent and tracks. Some duck productivity studies with nest-checking biologists have resulted in ransacked eggs and disappearing nestlings. Other mammals that become predators include skunks, dogs, bobcats, and coyotes. The brawnier females are more aggressive in nest defence.

Females usually lay four to seven chalky white eggs over an extended period of time. Each egg hatches after 30 to 32 days at different times, providing a considerable variation in nestling size. During a breeding season when food is scarce, smaller, younger chicks cannot compete with older, larger siblings for food. They may die of starvation, but their older nestlings are more likely to survive.

While the female incubates the eggs and later broods the young hatchlings, the male provides most of the food. The diet consists mainly of small mammals and birds. Across North America they also hunt in prairies, fields and other open terrain with ground cover. Mice and other mammals up to the size of small rabbits are taken, as are small birds up to the size of flickers, crows, doves and small ducks. They also pounce upon grasshoppers, snakes, toads and frogs.

Males are polygamous, often courting and mating with two or more females during the breeding season. Usually one female is favoured.

Returning from a successful hunt, males will swoop down over the nest at speed, uttering a low chortle to prompt their mate. She flies up from the nest, following below and behind the male. The male drops the food morsel, which she deftly catches by flipping upside down and grabbing with her talons. These aerial food passes can occur 15 or 20 times a day. Usually, she returns to the nest to feed the chicks. After the young are about two weeks old, the female begins to hunt food for them as well. With ample supplies, the youngsters become fledglings in about 30 to 35 days. The insecurity of ground nesting means that, on average, only about a third of the eggs laid become fledglings.

Learning to fly from the ground is not an easy task. Young harriers beat the surrounding vegetation down while they run up and down, creating a small runway near the nest. They practise-flap until, gradually growing stronger, they become airborne near the end of July. Young harriers can be identified from females by their rusty breasts. Adult females have heavily streaked breasts on an off-white background.

Fledglings and adults spend the latter half of the summer hunting around the fields and harbour near my home. Youngsters learn to search the beach dunes for mice, and check the grassy islands and saltmarshes for sparrows and shorebirds. They may share a communal roosting site in their hunting area. Family ties hold together until migration begins in late summer.

On one occasion I saw a harrier descend on a grassy island and catch a shore bird. It sat there, prompting a young, brown bald eagle that had been watching down the shore to fly over and steal it. As the young eagle began to consume its prize, an adult eagle arrived to expropriate the meal for itself—classic pecking order in the world of birds.

Migration begins in late summer and ends before the snows begin to fall. Northern harriers head south singly. Most spend the winter hunting small prey in the southern United States and Mexico. Population trends generally for North America indicate a decline of almost 50 per cent in 50 years. In the east, this may be due to habitat deterioration caused by more intensive agricultural methods.

With good fortune, these “aerial cat alarms” will return to our property when the alder buds begin to swell next spring. I will watch for them, knowing that mornings could start early! 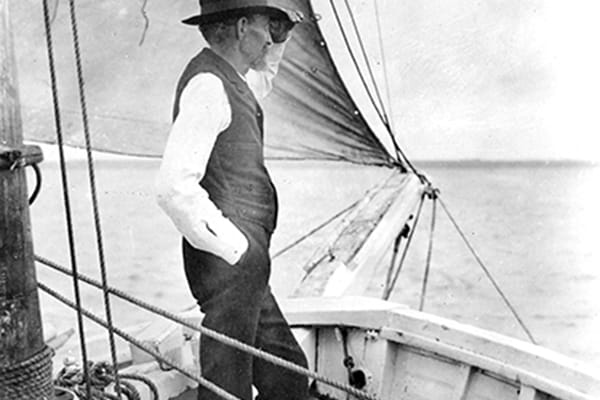 ON FEBRUARY 11, 1896, Joshua Slocum steered his wooden sailboat into the Strait of Magellan, a blustery stretch of water that links the Atlantic and Pacific oceans near the tip of South America. 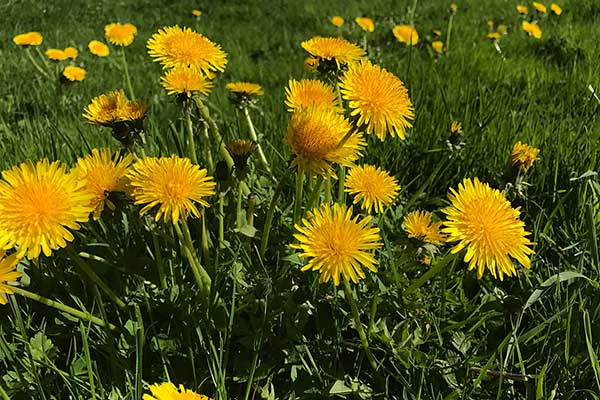 Botanically speaking, there are a number of plants that go by the common name dandelion or are closely enough related that people commonly mistake them for dandelions. Here’s a little dandelion...

Dark Harbour, on the west side of New Brunswick's Grand Manan Island, has a rugged beauty overlooking the Bay of Fundy, with hills rising steeply behind. But it isn't the scenery that makes it...