Shared location makes us who we are, no matter where we come from

Among the most frequently asked questions by genealogists are the three Ws: “Who? When? Where?” On the face of it these seem to require less explaining than the others: “How?” and “Why?” as these ramble off into philosophical discussions of cause and effect, ways and means. By contrast, “Who?” asks for names and “When?” looks for dates. “Where?” must want a place to be mentioned. All true as far as they go, but the answer to “Where?” may have other dimensions.

“The Maritimes” refers to an area on a map, but is of little help in telling us what we mean when we speak of someone as a Maritimer. There is also a broader area we know as “Atlantic Canada,” incorporating Newfoundland and Labrador, but it is less often you hear people describing themselves as Atlantic Canadians; that is until you are far enough away from this region when the term occurs more often.

When your family has lived in an area for several generations you reach the point where almost anyone you meet may turn out to be your way-out cousin. Someone new to the neighbourhood can feel out of the loop when they hear locals chatting about so-and-so being their niece’s brother-in-law, or that the family of such-and-such used to live in the yellow house at the corner, or that Joe Doe used to run the garage down the road. When you can join in those conversations or at least follow them, you are starting to belong there.

The obverse of that sense of fitting in is to have not the foggiest notion of who or what the discussion is all about. The people speaking don’t intend that feeling of exclusion; they happen to live in a place where they have been rubbing shoulders for five, eight or nine generations, and are so comfortable with local identity that they fail to realize how it can leave a newcomer out. While it isn’t reasonable for the locals to stop talking about people they know, it isn’t kind to allow someone to be left on the fringes of a conversation.

If we want a history lesson, ask the people of the First Nations who could, with reason, deem us all to be come-from-aways. Thankfully, they do not do so; come-from-away, or CFA, is not a pretty phrase. Centuries have elapsed and we have become one in many ways through geography, shared history, intermarriage, facing common challenges and by simply learning to get along with one another. It is all very well for people to go on about being Scottish, Planter, Loyalist or whatever, but one of the things that puts all of us squarely in the same figurative boat is that we are Maritimers or Atlantic Canadians.

In Nepal or Nigeria, Poland or Argentina, you will be seen as a Canadian. In Toronto or Winnipeg, you count as being an Atlantic Canadian or Maritimer. When you get into our region, though, you assume identity as a Nova Scotian, Newfoundlander, etcetera. Get closer to home in Nova Scotia, for instance, and you are turned into being a Cape Bretoner, or “from the Valley” (no need to say which valley).

We all have to live somewhere. What people often fail to notice is how big a part location plays in making us who we are. We talk certain ways. Idioms and words may mean something to us and nothing to visitors. This is fair and in line with common human experience.

Yet it behooves us to listen to the recent words of Scott Brison, member of Parliament for Kings-Hants, when he urged us to ban the expression CFA from our vocabulary (a topic in recent issues of Saltscapes as well).

If we want to grow in numbers and diversity, it is time to display more than superficial friendliness towards newcomers. Perhaps the very reason they have come here to live is a compliment to us. They are settling here because they like it. It is partly the scenery, possibly an opportunity, perhaps they find us agreeable. Don’t you like people who like you? I know that I do.

Dr. Terrence M. Punch is a Member of the Order of Canada. His latest book, Montbéliard Immigrants to Nova Scotia, 1749-1752, is available in a revised edition from genealogical.com. 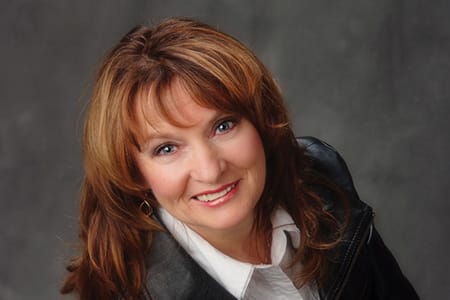 A 15-Year veteran of the bluegrass circuit, singer and mandolin player Janet McGarry has won Female Vocalist of the Year at the Eastern Canadian Bluegrass Music Awards five years in a row, and is on... 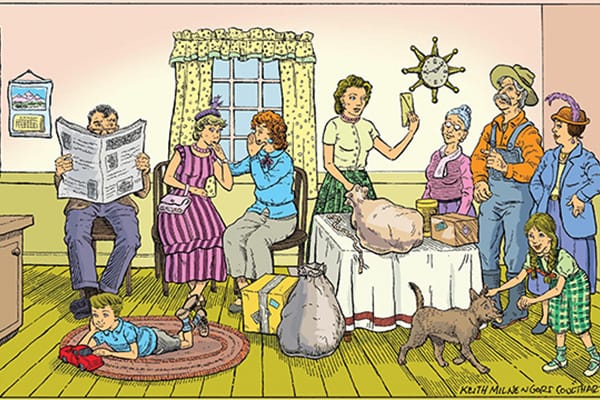 It might be any weekday evening of any year during the 1950s in the village of Sluice Point, Yarmouth County, NS. Around 5:30pm, anyone who was outdoors or near an open window would likely hear the... 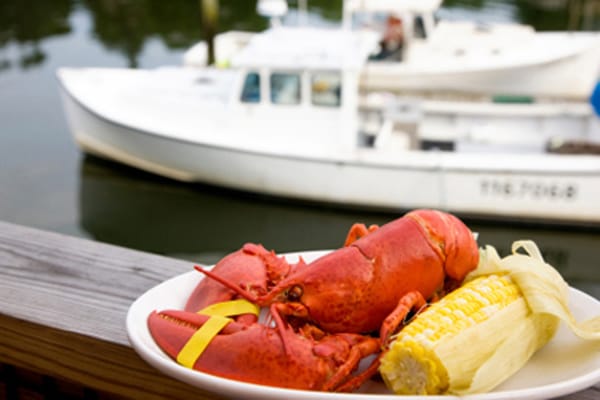 My 12-foot aluminum boat still has crumbs below the deck boards from my last fishing trip on the Nerepis River, not far from where I live, in New Brunswick. Hot food is great when you're on the...