Bald eagles are magnificent birds of prey. They have been duly honoured in civilizations dating as far back as the Greeks. Nevertheless, when the bald eagle was proposed as the emblem of the United States, the idea didn’t sit well with Benjamin Franklin. Noting that eagles are scavengers with a penchant for stealing fish from ospreys, Franklin proposed the turkey instead. That didn’t fly.

During the 20 years I spent rehabilitating wildlife, most of the 60-plus injured bald eagles I treated were a joy. A few, shot, doomed never to return to a normal life, seemed to sense it. Tired of having me force-feed pills that vets had prescribed, a few hated me fervently. Others quickly understood that I was trying to help and became remarkably docile. One female I’d treated and released became sick again a few weeks later. Remarkably, she flew 40 kilometres back from her nest site, crash landed and waited on the shoreline where I had let her go. I picked her up again and she eventually recovered.

As a teenager in the 1960s, I spent summers exploring the Saint John River in a small boat. Both bald eagles and ospreys were rare sights at that time. In 1974 biologist Rudy Stocek began to study New Brunswick bald eagles. He published a book in 2006 entitled Through the Eye of an Eagle, tracing the gradual recovery of bald eagle populations in the province.

By the 1970s, there was scientific concern for both osprey and eagle populations across North America. Fighting the chemical industry, Rachael Carson had raised alarm bells with her 1962 book Silent Spring. The eggs of eagles and ospreys had been found to contain organochlorine chemicals (DDT, etc), compounds acquired in food chains and subsequently stored in adults’ bodies. Contaminated eggs had thin shells that broke easily under normal conditions.

Fifteen or more years ago Ducks Unlimited saw a need and began a program of erecting osprey platforms on the lower Saint John River. Often, but not always, this was in association with securing conservation agreements on private lands. Biologist Andrew MacInnis reports that these structures have been very well used.

As a provincial regional biologist, I collaborated with Nova Scotia Power during the 1970s and 1980s. Ospreys were adopting electrical transmission line poles near waterways for nesting sites. Male ospreys were flying in with long sticks to build and maintain their nests and shorting out power lines, killing the birds and creating outages. As a scientist, I eventually learned to think like an osprey when it came to creating attractive, nearby nest relocation sites off those transmission lines. It worked!

Over time, a regular pattern of eagle/osprey behaviour emerged. Bald eagles nested near coastal estuaries and hunted there, spending much of their time watching from perches in trees along the shores.

Ospreys nested further inland but frequently hunted the same estuaries. When an osprey caught a fish, an eagle, the larger bird, would often take flight and pursue it, overtaking and forcing the labouring osprey to drop the fish. Needless to say, ospreys hold an intense dislike for bald eagles.

On the evening of August 16, 1985, while I was conducting research on the social behaviour of ospreys, a female osprey delivered a winter flounder to its single, unfledged nestling. An adult eagle flew in from the same direction and landed directly on the nestling’s back! The young osprey struggled and flapped and eventually fell off the nest. Then the eagle grabbed the flounder and flew to a nearby tree. Because of the rarity of this incident at the time, it was published in the Journal of Raptor Research. The story was a precursor to what has unfolded in recent times.

Bald eagle populations in Atlantic Canada have increased dramatically. Although eagle nest sites are generally physically different from those of ospreys, both species consume fish, hunt the same areas, and are opportunistic about catching prey. Ospreys migrate south in the fall, but bald eagles, as a result of regular, winter feedings of dead animals associated with farm wastes in many locales, have been encouraged to overwinter and thrive. Young eagles that once would have starved are now surviving until spring on handouts from humans. Feeding sites host fund-raising events and have become tourist attractions.

On May 30, 1994, after lively debates and much public discussion, the osprey was officially designated as the provincial bird of Nova Scotia.

Also in 1994, living on the Lincoln Road below Fredericton, NB, Donna Young received an unusual family Christmas gift—a pole topped with an osprey nesting platform installed in a back yard overlooking the Saint John River. The site was occupied for the first time in 1997. Donna and her husband Don closely studied the osprey pairs over a 12-year period. She chronicled the events in a book entitled Osprey Nest—12 year adventure; 12 summers of watching. The book is an excellent example of citizen science.

Nineteen years after Donna’s osprey adventure began, her story of nesting success has changed dramatically. Eagles from nearby nests constantly harass the ospreys nesting on the pole. For the last six or seven years, grown osprey chicks hatched on that nest have been lost to eagles. This happens after the adult male osprey leaves for the south at the end of August—their usual habit. The eagles simply move in and kill and eat the juveniles.

Overall, the number of osprey pairs nesting in the Saint John River Valley is declining rapidly while, at the same time, the number of active bald eagle nests is increasing. Bald eagles persistently apply increased hunting pressure on other species, including broods of ducklings that spend their summers feeding in the marshes.

Anglers spending whole summers in bass lakes in Nova Scotia’s Annapolis Valley, for instance, (where eagle feeding has become a bona fide tourist attraction) have noted for some years now that the survival rate of ducklings seems to have plummeted dramatically.

Eagles will mortally wound a young great blue heron by landing on its back, then perch and wait nearby for the heron to weaken before finishing it off.

Donna Crossland, a Parks Canada ecologist in Kejjmkujik National Park, notes that LoonWatch surveys in western Nova Scotia are finding that the hyper-abundant bald eagles are attacking and killing loon chicks at all stages of maturity. Loon populations are stressed by methyl mercury in the food chain as a result of acid rain, as well as increases in the numbers of cottages and human activities around lakes that have reduced fish populations. Loons are facing serious challenges. 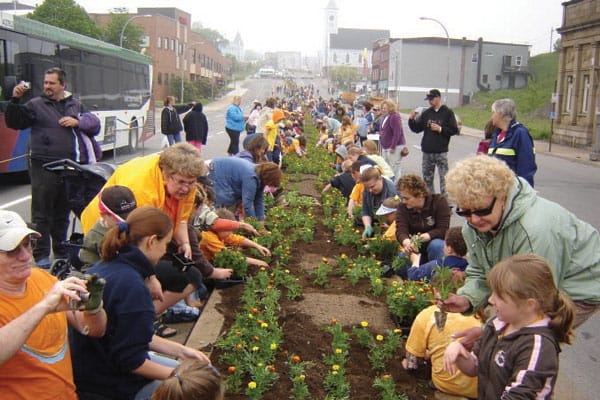 He may not work miracles per se, but Barry Ogden has spearheaded projects like building a Marco Polo replica, and involving kids to plant marigolds on main street, helping to highlight Saint John on... 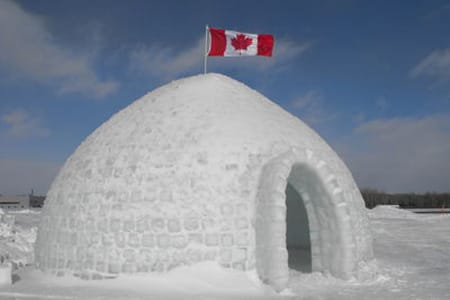 If You Build It

Eric Ouellette wants to build the world's largest dome igloo — again. In 2008, the civil engineer from Grand Falls, NB, designed and built an igloo out of ice blocks that set a Guinness World Record for... 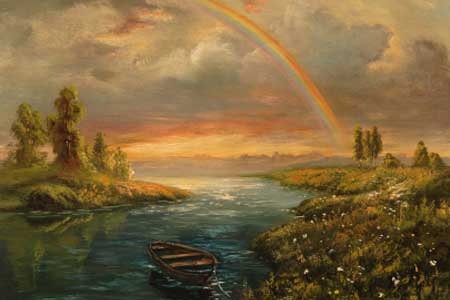 A mania obsessed the English-speaking world during the 19th-century. The locomotive? The steamship? The electric light? The telephone? None of the above, nor even the automobile. The craze obsessed tens of...