We live in what may become known to history as “The Age of Refugees.” Millions have been rendered homeless by war, natural disasters and oppression. By contrast, our region is home to a population steady in number, yet with a rising average age.

Most students of migration agree that all living human beings have their origins in the rift valley of Africa many millennia ago. Regardless of creed or colour all are ultimately cousins. It is axiomatic that each of us is here as the result of migration. Walking at first, and later using boats of one sort or another, the human race populated the earth over thousands of generations.

Ages elapsed until Europeans began probing the edges of their known world. Late in the 15th century they started to settle in what they called the New World. Within a few generations emigration to America became normal for people seeking a better life for themselves and their children. Some Europeans came as indentured servants, bound for a term of years to provide unpaid help to masters. Many Africans were torn from their homes and enslaved. It is no exaggeration to say that the settlement of the Americas was largely the work of people driven by forces beyond their control.

Moving closer to our own times, the same push and pull factors remained at work. Famines, clearances, wars and oppression continued to drive Irish, Scots, Loyalists and others towards new locations in our region. Behind the dramatic headlines, economic factors and demographic pressures were major influences on the process.

Genealogical and historical research quickly teaches that many early colonizers arrived on these shores alone. The relatively few surviving passenger lists reveal that single men formed a substantial share of the total. Some were perhaps husbands and fathers who planned to send for wives and children when they could. Others came without dependents.

Immigrants in the Age of Sail sometimes landed in Atlantic Canada as it was the closest part of North America and fares were more affordable. They might have come out to fish the Grand Banks or build the Shubenacadie Canal or heard that New Brunswick offered their best hope of getting to the United States. Having crossed an ocean in one boat, they saved up for another to “the Boston states.” Historians call these folks “two boaters.”

Not everyone came to the region and passed through. Some stayed and sent word home. A man who came out solo brought out his family. In a few years a nephew or niece might join them. Neighbours in the home community would come to a “known” place. This constituted chain migration.

If ever you have been in a country where you don’t easily speak the language or where the differences around you are great, you can feel insecure and possibly want to leave. It is one thing to be there simply as a tourist where all you need is to find a place to spend the night and get a meal. It is quite another if this is where you will have to remain for the foreseeable future.

In such circumstances, having people whom you can speak to in your own language, who can help you until you can adjust to your new home, may make all the difference.

Another consideration is whether the host population welcomes or at least accepts your presence. Religious or ethnic prejudice can poison our relationships. This can work both ways. Can new arrivals expect those who have lived here for generations  to change their traditions and values? Can we whose families have been here for many years demand our newcomers immediately discard their previous identities? Whether people arrive alone, as the latest in a chain of relatives, or are stopping here for a few years, always know that somewhere back in time, they are our cousins and worth our respect, as we are of theirs. That is the Canadian way.

Dr. Terrence M. Punch is a member of the Order of Canada. His latest book, Montbéliard Immigration to Nova Scotia, 1749-1752, has recently been released in a revised edition and is available from genealogical.com. 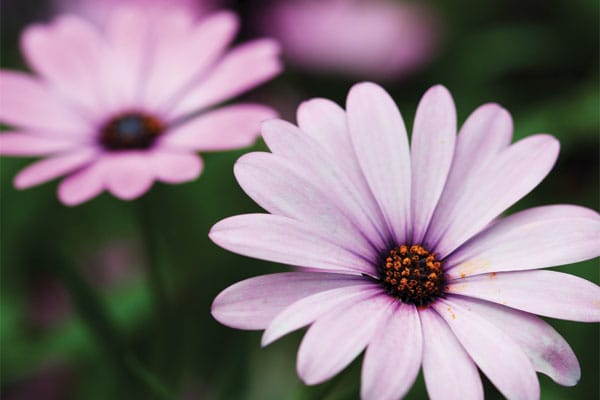 It was around 3pm on August 17, 2009, when the employees of Scott’s Nursery in Lincoln, NB, heard a loud bang. Within minutes, a cloud of thick, black smoke could be seen billowing from several...

The increase in birth rates after the Second World War - otherwise known as the Baby Boom - was larger in Atlantic Canada than in the country as a whole. Add this to the fact that people are...

Putting the Fun in Folk

Douglas Dorken, a resident of Chester, NS, is a folk artist. Like many art lovers today, however, even he doesn't know how to define his artistic genre. He just loves to carve and to give people who...