Some of you will be long enough in the tooth to remember when airline travel was something to look forward to, perhaps even dress up for—when check-in and baggage handling was cheerfully done for you; when you could amble directly from the counter to your departure gate; when you could actually stretch your legs and lower your seatback for comfort without asphyxiating the person behind you; when you could eat an actual meal with actual cutlery, etc.

Today, we’re herded like sheep through airports, bumped from flights despite having a pre-paid contract with the airline, nickeled and dimed at automated check-ins, badgered barefoot and beltless through security, then seated like sardines in front of bacteria-laden tray tables where a bag of pretzels will be ungraciously presented for your dining pleasure. The experience has become downright dreadful.

Well, it seems an industry-wide myopic fixation on the bottom line, and only the bottom line, has seen passengers downgraded from valued customers to widgets—profitable bums in seats, more bums more profit, no more than that. It’s a race to the bottom—the antithesis of what private enterprise and market competition should have produced.

Whatever happened to  conventional business ethics: “the customer is always right” or “we provide better service than the other guy”?

Inevitably, finally, consumer pushback is being addressed by government.

Canada has, belatedly, presumed to emulate the 2004 European Air Passenger Rights, intended to oblige airlines to provide what competition should have created—some semblance of customer care and courtesy in the face of widespread abuse. The Court of Justice of the European Union has insured it is now virtually impossible for airlines to evade their obligations for breach of contract to paying customers.

So, government claims notwithstanding, how do Canada’s new regulations really measure up to the European system?

Not  well at all, according to Canada’s volunteer ombudsman for airline passenger rights, the bane of Canadian airline companies since 2008—Gabor Lukacs of Halifax representing the Air Passenger Rights organization in Canada.

Conventional media coverage of the subject has been protracted and sporadic and mixed with government announcements to the extent that the picture remains cloudy in most minds; so we have attempted to provide a global view, hopefully more easily understood by consumers. Due to the complexity and the apples and oranges nature of the regulations in Canada and Europe, however, a direct side by side comparison is not feasible.

So we have leaned on Mr. Lukacs’ experience and knowledge. His main complaint is that while the new Canadian rules may sound forceful, closer inspection reveals they are littered with small print loopholes that favour the airlines.

While the European rules are “very robust”, he says, even there it is still taking time for the public to become comfortably knowledgeable with their rights.

In Europe—there are no acceptable excuses for denying boarding to a passenger who arrives on time, properly documented—at the check-in counter. The definition of denied boarding is very straightforward and the compensation process very simple.

“Access to the boarding gate can be frustrated by the airline, and European drafters understood this,” Lukacs said, so it’s the check-in counter that matters.

In Canada—the definition of “denied boarding” is much narrower, offering a number of loopholes for the airlines. For instance, if you are involuntarily moved to another flight before you arrive at the boarding gate in Canada, then you will not be deemed to have been denied boarding—that can only happen at the gate. In Europe you would be eligible for compensation for that inconvenience.

Similarly, if you miss your flight due to a delay in being processed at the check-in counter, despite presenting yourself on time, in Canada you will be deemed not to have been denied boarding. In Europe, there are no excuses.

When WestJet bumped an Alberta couple from a flight to Italy earlier this year after changing to a smaller aircraft, the move effectively cost the newlywed couple a day of their honeymoon.

But when the couple asked for compensation, the airline used semantics to interpret what happened as a “flight delay” and not a “denial of boarding.” That can’t happen in Europe.

Another Canadian woman arrived at the gate this year with a ticket for a flight and was told the airline could not accommodate her. (Under the new federal regulations, passengers are entitled to $1,800 for a six-to nine-hour delay to their final destination in cases of denied boarding.)

But the airline had a different interpretation. She was told her itinerary had been changed because a partner airline had overbooked the flight and blamed a third-party booking agent for the mess.

That could not happen in Europe either. Canadians are being warned to be cautious with third party booking agencies, some of which are less than reputable, and to deal directly with airlines when possible in order to avoid finger pointing and weasel words to shirk responsibility.

In Europe—the rules are strict, the definitions are clear, and the burden of proof is on the airline with respect to maintenance issues—which, unlike in Canada, do not meet the definition of the “extraordinary circumstances” which exempt an airline from having to offer compensation. When your flight is cancelled, you are entitled to a choice of:

• Refund of the cost of your ticket within seven days or…

• Re-routing to your final destination at the earliest opportunity or…

• Re-routing at a later date at your convenience, subject to availability of seats.

You may also be entitled to compensation which depends on several factors: flight distance, the destinations involved, how long in advance you were notified of the cancellation, and the length of delay.

In Canada—while the new regulations superficially give the appearance of protecting the consumer, “there appear to be very few circumstances where a passenger would quality for compensation for a cancelled flight,” Mr. Lukacs complains. “In Europe ‘maintenance’ is not an excuse at all.”

In Europe—Compensation can be claimed if your flight was delayed by three or more hours and by other than “exceptional circumstances” such as weather. Airline fault is not required.

In Canada—Airlines will (ostensibly) be required to provide compensation for flight delays and cancellations within an airline’s control that are not safety-related.

Airlines will be required to rebook or refund passengers when flights are delayed, including in some cases, using a competing airline to get passengers to their destination…

Provide food and drink and accommodation when passengers’ flights are delayed…

And facilitate the seating of children under 14 years in close proximity to an accompanying adult, at no additional charge.

The difficulty here, says Mr. Lukacs, is in the small print relating to what constitutes “within the airline’s control” causing a cancellation or flight delay. “There’s not much room left for consumers to claim compensation.”

In cases such as the well-publicized Swoop Airlines cancellation of 30 flights within 10 days last July—where passengers were rebooked on alternative flights as much as 11 days later, and ended up buying new flights at their own expense—Lukacs says that compensation and solutions will not be changed with the new regulations.
Large airlines are obliged to provide alternatives to cancelled flights within a reasonable timeframe; smaller airlines aren’t.

“In Canada, the new rules actually make things worse,” he says. An example is the inexplicable increase in the length of time people can be stranded on an aircraft on the tarmac without respite—from 90 minutes to three hours, and thattime can be extended by another 45 minutes in certain circumstances.

The Canadian Federal Court of Appeal has agreed to hear a challenge to Canada’s new passenger bill of rights by the industry. A similar appeal by the industry in Europe was thrown out. Mr. Lukacs interprets the Canadian airline appeal to be based on the same “dubious arguments” used in Europe involving an international treaty. He expressed concern, though, that the government’s response has not been terribly robust so far.

Concerned consumers, he said, might wish to use the upcoming federal election campaign to make their voices heard. See the Air Passenger Rights website: airpassengerrights.ca/en/canadians-want-real-air-passenger-rights. 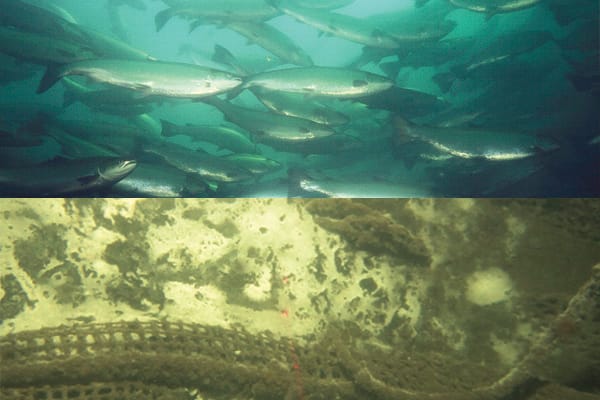 The Future of the Family (Fish) Farm

There's nothing corporate about the view from Stewart Lamont's office. Perched on the water's edge, the headquarters of the Tangier Lobster Company face on to the aptly named Pleasant Harbour, a... 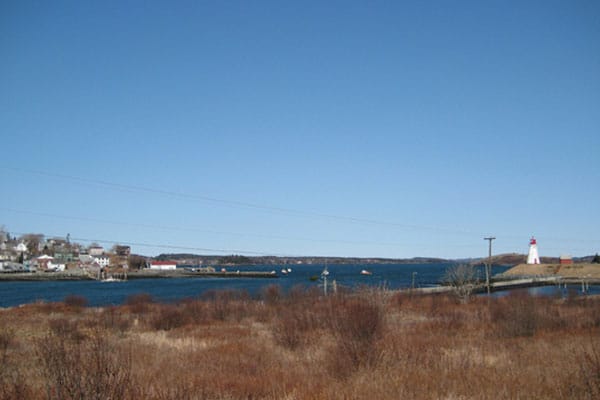 Bonding time with the special people in life is vital. Sometimes, because of distance, years go by without being together physically, but strong connections remain. The only female kidlette in the...