story and photography by John Sylvester

My Atlantic journey began in Nova Scotia, where I was born into a family that traces its roots back six generations. In the time-honoured tradition of Maritimers seeking better economic opportunities elsewhere, my family moved “down the road” to Ontario when I was a child. We returned every summer to Nova Scotia’s south shore—like salmon returning to their natal streams—where I spent idyllic holidays at my grandmother’s cottage, casting for fish off local wharves, exploring the rocky coastline and playing in waves that splashed upon white sand beaches. As with the salmon, the place became imprinted on me.

After completing my schooling in Ontario and a year at university, an acute case of wanderlust launched me off to see the world. A chance encounter at a London train station with British photojournalists, Bryan and Cherry Alexander, led them to hire me as their assistant for a three-month journey across northern Scandinavia. I bought my first camera for that journey and by the end of three months, I was hooked.’

I told Bryan I wanted to become a photographer. “If I can’t talk you out of it,” he responded, “be prepared for 10 years of poverty. If you work really hard and have a little bit of talent, at the end of those 10 years you might make a living.” He wasn’t far off the mark.

He also suggested I attend college. Back in Canada my enquiries led me to a small college in Charlottetown that offered a photography program. I’d never heard of Holland College and I’d never been to Prince Edward Island, but it was a chance to return to the east coast. Shortly after moving here, I met an Island girl who would become my wife. I’ve never left.

It turns out that Prince Edward Island is a pretty good place from which to explore the region. For almost four decades my journey has taken me from the Torngat Mountains of northern Labrador to New Brunswick’s Fundy Isles and countless places in between. Initially, it was the spectacular scenery of land and sea that attracted me, but you can’t live here long without realizing that the land, the sea and human history are inextricably entwined. I’ve always been intrigued by rural culture, where knowledge and skills are not so much passed down, as absorbed, from generation to generation. Much of my focus over the years has been documenting the lives of those who make their living from land and sea. This authenticity finds expression in the region’s art, stories and music.

Inevitably, I’ve witnessed a great deal of change. In 1983, I arrived in Bay de Verde, a tiny village on Newfoundland’s east coast, to observe the spectacle of an entire community, from young children to the oldest seniors, pitching in to unload cod from small open boats and splitting and cleaning the day’s catch on the wharf. It was a way of life that had survived for almost 500 years, but in 1992 it came to an abrupt end with the collapse of the cod stocks. Outports now struggle to survive, with some abandoned completely, as residents have drifted away seeking opportunity
elsewhere.

There are good news stories too. I’ve watched the thriving musical culture of the region grow and flourish. The Chaisson family of Rollo Bay, Prince Edward Island, started a fiddle festival on the back of a hay wagon 43 years ago. The festival has fostered some
of the region’s greatest talents. I recall a teenaged fiddling sensation, Ashley MacIsaac, wowing the crowds. The Chaissons welcomed all musicians to their stage, however, no matter their age or talent, thus nurturing a passion
for traditional music and leaving a lasting legacy.

Photography has provided me with a passport and the privilege to enter other people’s lives, if only for a brief few moments. Almost without exception I’ve been generously welcomed into homes, places of work and celebration. The handful of images on these pages are just a few from a journey accepting this generosity and doing my best to faithfully witness the remarkable culture of Atlantic Canada.

Getting to know Mark Arendz

“I wanted to give back” 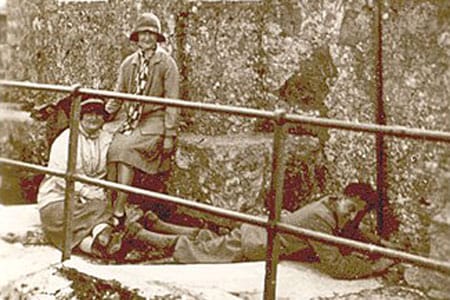 A Touch of Blarney (A True Story)

During the summer of 1962, I was a 20-year-old Able Seaman serving aboard the Royal Navy submarine HM/SM Taciturn in Plymouth, England. On weekend leave, I suffered a severe head injury as a... 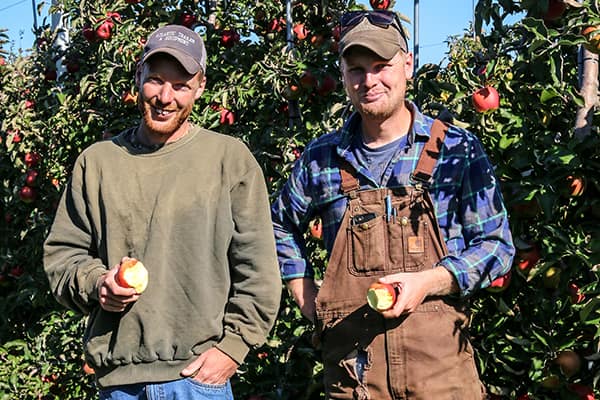 More than an apple a day

The Annapolis Valley of Nova Scotia is well named, as the majority of apple producers—many of whom also produce other tree fruits—grow their crops in the rich farmlands stretching from Windsor to...