Global warming is upon us

How wild animals and plants cope with excessive summer heat

Hot summers are stressing humans and the natural world around us. The shift is faster in Canada than anywhere else on the planet. So what is happening to wildlife populations?

Since 1970, for a variety of reasons, half of Canada’s monitored wildlife populations have been in severe decline. Mammal populations have fallen by 43 per cent. Grassland birds have decreased by 57 per cent. Shorebird numbers have dropped by 40 per cent. Estimates of birds like swallows and swifts that catch insects in flight tumbled by more than 59 per cent. How many summer bug smears do you see on your car’s windshield, compared to two decades ago? Not so many. Insect populations are plummeting here as well. This is not exclusively due to excessive heat, but it’s a factor.

Coping with a hotter climate and erratic weather are variables that affect most wild animals and plants. Springs have generally been arriving earlier, autumns lasting longer.

Other influences include land alterations by humans. These areas now cover 75 per cent of the land mass on the earth, with changes in ecosystems resulting from factors like habitat fragmentation, introduced species and chemical pollution. Melting ice has sea levels rising, with salt marshes and their wild plants and animals gradually marching inland while coastlines erode and shrink. Meanwhile, eastern portions of North Atlantic land masses are slowly subsiding, results of the last ice age and westward continental drift.

A hotter, drier climate in continental parts of eastern Canada and the northeastern United States is exposing forests to prolonged drought conditions rarely experienced in recent centuries. Whenever water levels in soils drop below the reach of roots, ground cover plants and trees become almost dormant. They soak up any morning dew that they can, while waiting for rain. Shallow-rooted softwood trees are particularly vulnerable. Balsam fir trees of all ages were the first to die at our campsite in New Brunswick after two summers of drought. The best locations to grow balsam fir Christmas trees are moving from Nova Scotia, heading for Newfoundland. Dry conditions can ignite massive wildfires that destroy wildlife, a tragedy recently witnessed in Australia.

Canadian reptile and amphibian populations have decreased by 34 per cent in the past 50 years for reasons that include land drainage for development and toxic leachates. However, these cold blooded creatures generally fare well in warm weather. Heat activates their body metabolism, at least until their pond overheats or the stream dries up!  For them, wide swings in temperature and frequent, heavy rains present a precarious future.

Warmer water contains less oxygen for fish to breathe through their gills, whether they inhabit streams, lakes, rivers or oceans.

When fresh water temperatures approach 25 degrees Celsius, cold water species including salmon and trout literally start to suffocate under water. Like people gathered around an air conditioner, they congregate in cold water refuges such as springs, where they are often vulnerable to predators. During my lifetime, the Saint John River has evolved from supporting cold water fish to favouring warm water species. Smallmouth bass, chain pickerel, muskellunge and bluegill sunfish now flourish there.

Warmer ocean waters are causing mackerel, cod, lobster and other saltwater populations to shift northward to access their optimal water temperatures. In western Long Island Sound, large numbers of lobsters died during September, 1999. High water temperatures are believed to have wiped out
the crustaceans.

Canadian reptile and amphibian populations have decreased by 34 per cent in the past 50 years. – Scott Leslie

Salmon that become adults off North Atlantic coastlines often return to their natal rivers in the southern part of their range only to encounter heat stress. Some are forced to relocate to northern rivers. Southern fish like great white sharks and ocean sunfish are moving northward along the Atlantic coast, with more frequent sightings in recent times.

Carbon dioxide and other air pollution emissions are causing the climate to warm and the gases are being absorbed by seawater. This is changing the ocean’s chemistry, forming carbonic acid which interferes
with the reef-building ability of corals and the shell formation of mollusks and tiny plankton, which are the basis for many ocean food chains. Jellyfish are flourishing in this acidic change.

Drought models suggest that many upland regions will become too dry to sustain forests, leaving trees as a thin border along waterways. Uplands will be gradually populated by grasslands and shrubs. New England could become antelope range. Forest wildlife populations will dwindle with the demise of these woodlands. Cooler air temperatures in coastal zones, moderated somewhat by the warming ocean, will likely maintain more forest cover over high ground in the Maritimes.

Warm-blooded creatures like birds and mammals can suffer from hyperthermia, the body condition of being too hot. A summer fur coat might protect one from flies, but becomes a liability when temperatures soar into the 40-degree Celsius range, as happened last summer in New Brunswick. Most mammals sweat, and the evaporation effect is cooling. Pigs make mud wallows because they cannot sweat. Large mammals have other ways to deal with heat. Some wade into water, and use its evaporation to cool off. I’ve surprised white-tailed deer lying together in a shady stream pool on a sunny, hot afternoon. Moose are semi-aquatic and cool off while consuming aquatic vegetation.

Black bears, besides swimming, climb and literally hang out in tall pines on our property in New Brunswick, exposed to breezes that take away some body heat. Many species become more active at night, and the bears also tend to forage and travel during cloudy or rainy days.

Bird skins have no pores to sweat for cooling themselves. Instead they rest in the shade, lift their wings away from the body, open their beaks to exhale body heat from their many air sacs that act in a similar fashion as mammalian lungs. Small forest animals like toads and land salamanders avoid heat by seeking shade, hiding under rotting tree trunks on the forest floor or burrowing into cool soil that insulates them from hot air temperatures. (That is, if forest operations leave enough tree canopy to shade the ground.)

The summer distribution of breeding birds is changing. Southern migrants are extending their territorial boundaries northward. Their arrival used to be timed to coincide with an available food source. Now many arrive earlier, and in some cases the food chain they’d accessed over previous decades for feeding their young becomes out of sync with their egg’s hatching. This can have their young beginning to be fed after the time of optimal food availability has passed. Juvenile starvation becomes a devastating reality.

Many wildlife species are resilient. Red maples and black bears occupy habitats from Florida to Atlantic Canada. Given sufficient time, nature may be able to genetically adjust to favour individuals of many species that can better tolerate heat, and are adaptable to erratic, violent weather.

Limited numbers of wild plants and animals may be adapted to cope with rapid environmental change. Scientists suggest that, globally, one million wild species are headed for extinction.

To quote Bruce Cockburn, we need to “slow down fast.” 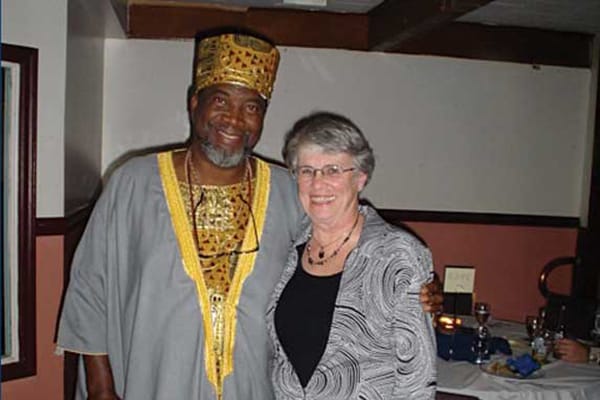 Pal of the People

Friends are special. We use an array of words to describe the intimacy we have with them. Good friend. Best friend. Old friend. Fishing friend. Treasured friend. The word "friend" alone conjures up... 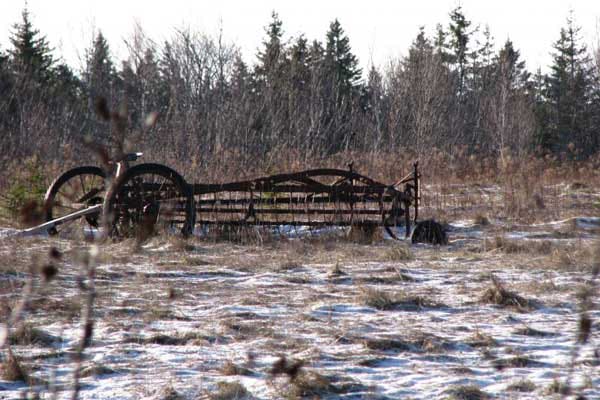 The Cruellest Month, By All Accounts

But having lived in the Maritimes for 30-odd winters, I understand his distaste for a month that promises so much, and delivers so little. You've served four months in the slammer we call winter...