Story and photography by Sandra Phinney

My eyes aren’t big enough to take it all in: the sheer joy of having three generations of our extended family together for a week on Prince Edward Island. We are hunkered down at A Distant Shores Beachfront Cottages on the South shore. When I read on the website: “With the highway over half a mile away, the waves, breezes and songbirds sound better than any new age relaxation tape,” I was hooked.

At the risk of sounding like a walking billboard for this place, I’ll simply say there isn’t one thing I would change. The best part (aside from the mile-long beach just over a small embankment) is a giant lawn the width and breadth of the site. Scattered here and there are saw horses, swings, a volleyball & badminton court, along with horseshoe and sand pits. We could sit on our deck and watch the kids playing on what felt like our own private playground.

Bonus: we all enjoyed the Riff Raff Room, a big blue shed that houses not only a washer and dryer, but also hundreds of movies and books, a great selection of games for all ages, and small sports equipment like badminton racquets, soccer balls and volleyballs.

The MacGregor Old West Town and Petting Farm in Kensington proves, once again, that you can’t ever go wrong with kids and animals.

Mid week, we pulled ourselves away to visit the MacGregor Old West Town and Petting Farm in Kensington. The owner, Elaine Clarke, is a relative of my husband, Barrie MacGregor but they hadn’t seen each other since they were children! Although Elaine had grown up on the island, she had worked as a nurse in the U.S. most of her adult life. Her dream of coming home has come true and she is operating her rendition of the “Old West,” and has it well-stocked with miniature animals. It’s both educational and entertaining.

While Barrie and Elaine caught up on news of the MacGregor clan, our twin seven year-old granddaughters, Lucy and Ellie, were in heaven holding baby rabbits, patting donkeys, and watching the antics of Snorts, one of the miniature pigs. They also had a blast dressing up inside the “Saloon” where they found a trunk full of clothes and accessories.

For our last night at the shore, we had a lobster boil and I counted 21 adult brothers and sisters, our collective offspring, and grandkids. Mind you they kept moving, so I may have missed one or two. But the best part was to come. Barrie and I had made arrangements for Lucy and Ellie to join us as we followed our nose for three more days before returning home. Space prevents me from waxing poetic about this but I’ll try and condense the highlights.

Before heading to Shaw’s Hotel to hunker down for a couple of nights, we went to the noon performance of The Young Company at the outdoor amphitheatre at the Confederation Centre of the Arts in Charlottetown. Every noon from Monday to Saturday, 13 young performers put on a free high energy show loaded with songs, stories and dance routines. (Tip: it can get searing hot in the sun; wear hats and bring water.)

Eventually we found our way to Shaw’s Hotel. What a grand old dame. (Celebrating its 160th anniversary this year!) Although I prefer to have the ocean within feet of where I’m staying, it was no hardship for us to take a five-minute walk through the woods to the shore with its stunning beach and what’s touted as the “longest dune system in the western hemisphere.”

Later, we headed down the road to Brackley’s Drive-In Theatre. What a hoot. We sat on a wide expanse of ground below the parked cars and filled our bellies with buttered popcorn while watching The Lion King. Ellie and Lucy had seen it before and loved telling us all about the characters, and where the scary parts were, although they were careful not to divulge the ending.

I’m not sure how we crammed two major excursions the next day, but we did. At 9am we boarded Top Notch Charters at the Charlottetown waterfront with Captain Mark Jenkins. Joining us were visitors from Japan, California and Western Canada. Mark is a fount of information about the fishery in general and lobster fishing in particular. He let Ellie and Lucy steer his boat, haul a lobster trap, and get up close and personal with Larry the Lobster, a huge specimen of Homarus americanus.

Then, we zoomed out of the city towards Hampshire to visit Island Hill Farm, but not before stopping at Cows Creamery. I’ve always thought the price of Cows Ice Cream was outrageous—but so is the ice cream. Outrageously delicious, that is. Alas, our timing was off to have a tour but we settled for some amazing cones.

Arriving at Island Hill Farm, I thought it may be one petting farm too many, but was pleasantly surprised to find a totally different operation. The highlight for Lucy and Ellie was petting newborn bunnies and feeding baby goats a bottle of milk. Mid afternoon, owner Flory Sanderson showed up, gathered all the children, and mesmerized them by reading a story.

We returned to Shaw’s pretty tuckered and discover that there was a special program for kids during supper. Off they went to be entertained with the staff for three hours, while Barrie and had a leisurely meal on our own. I felt quite grown up.

For the last leg of our island holiday we headed “Down East” as islanders say, to the Elmira Railways Museum. Think museums are stuffy places for kids? Think again. This one houses one of Atlantic Canada’s largest model train collections. It also offers two rides—a miniature train ride around the property, and another in a work trolley. Both were huge hits with Lucy and Ellie in spite of the train getting derailed the first time ‘round. I especially enjoyed the station master’s office and proceeded to ask a fellow some questions until I realized he was merely a mannequin sitting at a desk.

With more energy to burn (the kids that is) we headed to the East Point Lighthouse where they climbed to the top with Barrie. That didn’t wear them out so we headed to Greenwich National Park. Likely due to its remote location, it’s also one of the less populated beaches. The parabolic dunes are worth the short hike into the beach (and there are many trails throughout the property.) This is definitely a “must-return-to” place.

Our lodgings for the night were at The Inn at St. Peter’s, a charming place overlooking St. Peter’s Bay. My only regret is that we arrived late that evening and had to leave early the next day to catch the ferry. The next time we’ll simply have to book three days there, as it’s the perfect location to explore “Down East.” Besides, owner Karen Milligan has the best home made ice creams for dessert (move over Cows!) and, if you love flowers and plants as I do, you can feast your eyes on more than 25,000 of them.

A warm and fuzzy shopping experience

Check out farmers’ markets for food, fun, community and treasure 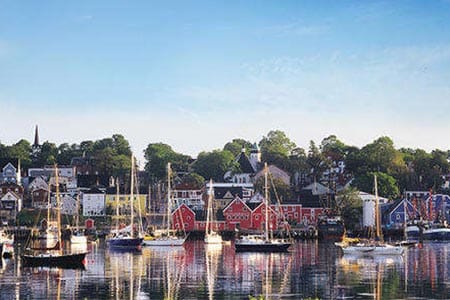 Out on the TOWNS

Named among the world’s top 10 coastal destinations by National Geographic Traveler, the three counties of Nova Scotia’s South Shore—Lunenburg, Queens and Shelburne—are famous for many things. 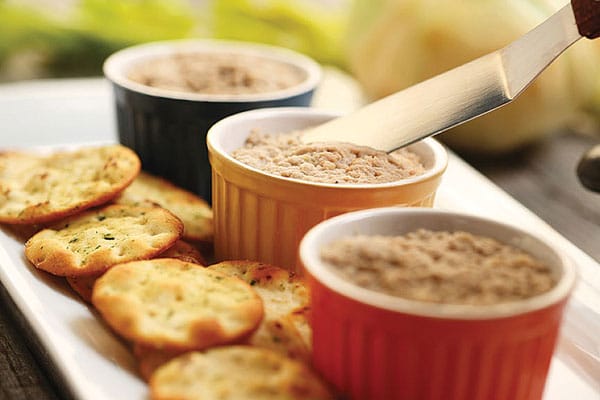 From Fast Food to Fine

Boulevard Saint-Pierre Ouest, the main drag in Caraquet, NB, is home to a variety of typical small-town shops that offer all the basics—groceries, gas, hardware, coffee. The street is essentially a...