Not sure I can get my mouth open wide enough, but I’m gonna give it my best shot. One of the three lobster rolls being handed from the Peggy’s Cove Lobster food truck window has my name on it. Even better, I get to dine al fresco in one of the most scenic locations on the East Coast. It’s February, the time of the great, month-long Nova Scotia Lobster Crawl festival and the middle of lobster season. I’m standing just steps from a wharf where live lobster is landed daily.

I’m all in for this year’s Lobster Crawl, with a face painting of the red crustacean on my cheek and a new pair of mittens, each with a lobster knit onto the back. Just as I get my mitts around one of those fat lobster rolls, food truck owner Peter Richardson suggests we grab a few pics of the delicious looking trio. Reluctantly, I place my roll with the others on the picnic table so we can snap a few quick shots and post them. With our food truck fare blowing up on social media, we tuck our phones away and dig in.

A world of flavours

Street food is my thing. Everywhere I go, I seek out the open-air foods unique to the destination. I’ve dined on herby lamb kabobs in Athens, burn-your-face-off spicy falafels in Amsterdam, piping hot boiled peanuts in Georgia and loaded noodle bowls from soup carts in Bali. Still, the sheer number, variety, quality, creativity and even humour of Atlantic Canadian food trucks puts the street food scene here on par with any other location. At least 50 of these “non-staurants” roam urban streets and rural roads while others have long been ensconced on their favourite corner or roadside pull-off.

The chip wagon is the original food truck, and the oldest in North America is right here. Mike and Marielle Yorke have been serving up piping hot batches of fries from their Glace Bay Chip Wagon for over 30 years. The truck itself dates from 1942 and is still equipped with its original gas burner used in the field during World War II. Everyone knows the blue wagon for its chubby Belgian-style fries. It’s a fixture in the community.

Lots of other chip wagons are fixtures on their favourite vending spots in other communities as well—Bud the Spud on Spring Garden Road in Halifax, Yes Bye Fries by the side of the road in Fredericton Junction and for a quarter century, Ziggy Peelgood’s—now with three chip trucks running the streets, in St. John’s, Newfoundland. Peelgood’s specializes in perfect French fries as a hearty lunch or as the foundation for a deep, delicious poutine or a mess of fish and chips.

At the other end of the spectrum, some food trucks specialize in out-of-the-box fine dining gone mobile. Nomad Gourmet on the Halifax waterfront thinks nothing of offering frog legs on the same menu as their Dirty Pig Burger. Others take to the streets with that famous and lively East Coast sense of humour on full display. Oh My Cheeses of Port Rexton, Newfoundland serves grilled cheese sandwiches hot off the grill like The Kevin Bacon, The Pickle and The Hot Mess. In The Gull Island Grilled Cheese, creamy brie is complemented by the tartness of local partridgeberry jam.

At Truckin’ Roll Ice Cream around Charlottetown, the Nutty Canadian is made with maple syrup, Basic Witch ice cream with pumpkin spice, and the Chai Spy with tea and coconut. Truckin’ Roll comes up with some truly original ice cream flavours such as their Black Roast Sumatran Coffee Ice Cream, as well as desserts from scratch like their cookie sandwich in a jar.

More and more food trucks specializing in desserts are taking to the streets. In Grand Falls-Windsor, Newfoundland, young owner Emily Hewlett makes irresistible dessert-like dishes such as beaver tails, churros and crepes inside her Sweet Tails and Treats truck. For the quality of her foods and her business acumen, she’s landed a few entrepreneur awards. Like many food truck operators, she also gives back. In her case, occasional donations from sales go to a local pet rescue centre.

The East Coast food truck scene is so diverse, I can even find some of those international flavours I so crave. Way out in the Bay of Fundy on Grand Manan Island, Isla Cocina takes me right back to the streets of Puerto Vallarta with their authentic Mexican foods like quesadillas, taquitos, tostadas and of course tacos, one of the world’s original handheld street foods. SpiceX in Paradise, Newfoundland specialize in all sorts of curries. Thai Pad PEI in Charlottetown specializes in, what else, Pad Thai, along with Thai curries. On the streets of St. John’s, Big Boy Baos tucks any number of delicacies such as coconut shrimp, pork belly, chickpea falafel and pulled pork into their fluffy Chinese-style bao buns for some fusion magic.

There is no food truck experience more essential on the East Coast than a simple brown bag of fries from a chip wagon. That’s why fries continue to be the most common food truck fare.

At The Chip Shack in Charlottetown, Caron Prins, aka the Queen of Fries, has so perfected the craft, she’s been featured on The Food Network. While she positively radiates with East Coast hospitality, she’s best known for bringing fries down to Earth, literally. Of her hand-cut PEI spuds, she says, “Our red soil is full of iron and minerals. That’s what makes the fries so good.”

Giving me one of her sunny smiles, she adds, “and the love that goes into them.”

Food on the go

Here are some selected food trucks and what some are best known for. Look for them on Social Media for exact locations, menus and specials. Download the Street Food app and check out locations like Halifax.

Need a caffeine fix on your travels? Look no further 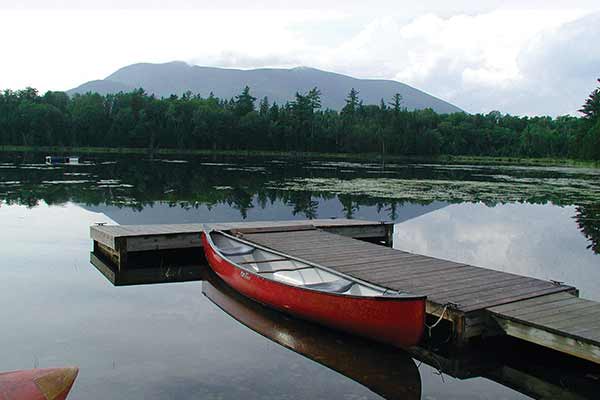 Just after dawn one morning in Maine’s 100-Mile Wilderness region, Rob Burbank was paddling across a pond to spend a morning fishing when he spotted a moose wading into the water.

What to Feed a Hungry Angler

Trevor Pilgrim of Mayflower Adventures in Roddickton, NL, believes in giving his guests a hearty breakfast before he takes them out salmon fishing. One of his favourite haunts is Beaver Brook and...