Can we all agree that there’s just something fabulous about being buck naked in the great outdoors? It is liberating, and for those of us who never fully outgrew a juvenile attitude towards nudity, it is slightly hilarious. This goes a long way toward explaining why the idea of an outdoor shower appeals to many people.

Outdoor showers are increasingly popular as a luxury feature in urban housing, where the inherent tension between privacy and exhibitionism presents certain design challenges. But at the cottage, where life tends to be a bit more casual and the human population far less dense, it’s easier to pull off. After all, you go there to enjoy the sights and sounds and smells of the natural world. Why endure the drone of an exhaust fan labouring to extract steam from a cramped bathroom, when you could be surrounded by fresh air and birdsong while showering?

There have always been some interior designers who lamented our attachment to the conventional three-piece bathroom, not least because it results in lineups at peak hours. Especially if you are likely to have guests frequently, it makes sense that the pleasures of bathing should be uncoupled from more urgent bathroom functions. And at a cottage that is used primarily in the summertime, this is easily accomplished with the installation of an outdoor shower.

Before you begin to visualize creative approaches to building an enclosure, it’s worth giving some thought to the practicalities of plumbing.

There are many possible configurations, purpose-made pipe assemblies, or cobbled together from materials that are readily available and well suited to the do-it-yourselfer. The main thing to remember is that you need to be able to drain all the water out, to prevent the pipes from being damaged due to freezing in winter. Though it may seem inelegant, using garden hoses is a great way to achieve this. It also allows you to site your shower some distance from the cottage, for increased privacy and greater enjoyment of the natural surroundings.

If you have a threaded hot water tap (such as a laundry faucet) available in the basement or utility room, you could run a hose from there to your shower, and connect a separate hose to a supply of cold water. Your shower just has to be set up with taps for hot and cold, or a mixing valve, feeding a single pipe or hose leading to the shower head. When fall comes, you simply disconnect the hoses, drain the water out, and store them away until next year.

If you do not have a hot water faucet available, or if you do not fancy running a hose through a door or window, you will have to install an outdoor hot water faucet in an exterior wall. In this instance, you may as well install dedicated hot and cold faucets side by side, for convenience. They will have to be the frost-proof type, unless this is a cottage where all interior pipes are drained for the winter.

As for the shower fixtures, you can aim for refinement, with a stainless steel nozzle mounted in the wall and the pipes hidden behind—or you may be happy with a utilitarian look. Some people like exposed copper pipes, which will acquire a nice patina over time. (Cheap chrome fixtures, on the other hand, may not hold up well to the elements.) It all depends whether you’re trying to replicate the appearance of an indoor shower, or simply trying to provide a functional bathing facility.

Similarly, the type of enclosure you build is largely an aesthetic decision, although you should design it from the ground up, taking into consideration how water will drain away from the shower area. This is actually something to bear in mind when you choose your location. If there is not enough natural slope to carry water away, your shower will have to be elevated.

Coarse gravel makes a good base, allowing water to percolate through. If the shower is going to have heavy use, you may want to lay perforated drain pipe in a gravel-filled trench, to direct run-off away from the yard. (Note that this approach to “grey water” disposal would not pass regulatory muster in some jurisdictions—but if you use biodegradable soap and shampoo, it is environmentally benign, and it will ease the burden on your septic system.)

The floor of the shower may be concrete pavers, natural flagstones, pea gravel (not “pee gravel,” boys), or slats of rot-resistant wood such as cedar. To support the enclosure, poured concrete piers (formed in cylindrical cardboard sonotubes or the like) make the most secure footings, though if the site is protected from the wind you may be able to get away with deck blocks.

A minimalist structure, comprising just two or three walls braced across the top, could suffice if the vista on the far side is unpopulated wilderness. For some people, part of the pleasure of outdoor showering is enjoying the scenery, but you don’t want bathers to be the scenery. If more privacy is required, you can create a jog in the entrance passage so there is no direct sightline into the shower area, or build a four-sided enclosure with a door.

Basic framing can be done with two-by-fours or four-by-four timbers. For good ventilation and open-air ambiance, most people chose to build walls that stop a few inches or as much as a foot above the floor. To prevent the space from feeling like a cubicle, you can close in the walls with translucent plastic panels, offset wooden slats, lattice—or, if you’re into industrial chic, corrugated metal. Strategically located plantings of vines or hedges can help with privacy, if you chose varieties that will have sufficient foliage throughout cottage season.

Finally, you can think about details. A changing area, beyond the shower’s splatter zone, should have a bench to sit on, lots of hooks, a shelf for toiletries, a mirror, and maybe even a basin. (Extra hot and cold water taps would facilitate shaving and tooth brushing here.) A clothesline attached to the structure would also make sense, since this space will likely end up serving as a change room for people returning from a swim.

Lighting of some kind—the solar type if running electricity out there is impractical—will allow for the supreme luxury of bathing under the stars. As a finishing touch, some outdoor art or statuary can create an atmosphere of fun or sophistication, to match the spirit of your cottage. There’s a good chance friends and family will recall the alfresco shower experience as a highlight of their cottage visit.

My early attempts at outdoor showering at home were very primitive. My “shower” consisted of an eight-litre plastic watering can, which I would hold above my head at arm’s length and anoint myself, soap up, then rinse off. Occasionally, after a run, a companion would stand on our deck and do the “pouring” but usually it was a solo effort. Eventually, it became more difficult to hold this volume of water alone and, finally, shoulder tendonitis forced me into a more permanent, hands-free arrangement.

Thus, in 2007, my outdoor shower was constructed. There was a natural alcove between my main deck and the back veranda, where there was already a cold water tap. Installing a hot faucet, “Y” hose, and shower head was all it took to get me in “hot water.” With a little lattice work, some plants, and a tenacious hop vine which grows about six inches daily in season, I soon had my own private bathing grotto.

While others mark the arrival of the outdoor season by putting in the boat, or opening the cottage, I merely turn on the water valve about mid-May and let summer begin. I have used it as late as November 20th before the potential to freeze the plumbing necessitated a regretful return to indoor facilities.

There are few pleasures more fulfilling than standing in your outdoor shower early on a summer’s morning, listening to the song of a cardinal or even watching a little snub-nosed vole scurry across your feet. At day’s end, a cooling ablution by the light of the moon is an experience to expand the soul.

Beyond the aesthetic, there are great practical considerations to adding such a space to your backyard. In humid weather, it doesn’t steam up your bathroom, and actually getting yourself dried off when the humidity is 90 per cent is much easier outdoors in a slight breeze.

If you’re really grubby coming in from the garden, it’s much preferable to your indoor shower. It’s also a great place to water houseplants and clean up the kids after a hot day. 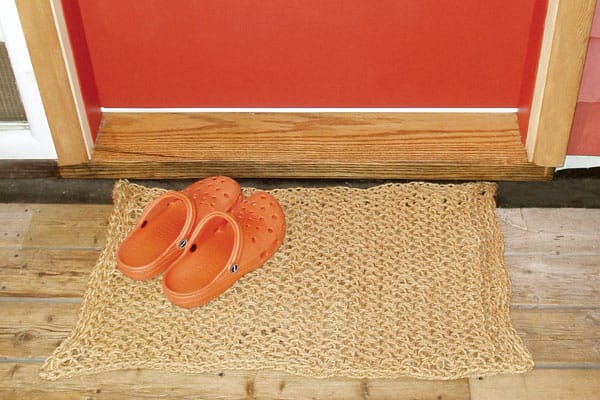 Dirt is not an unusual visitor in my house: 15 minutes after vacuuming and washing the kitchen floor, dog-hair dust bunnies appear, often accompanied by a muddy paw print or two. It doesn't matter how... 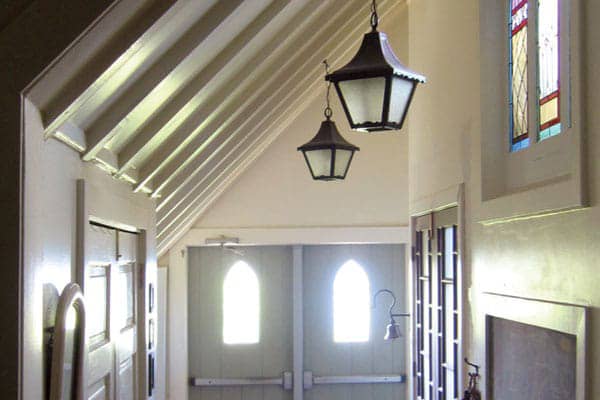 Rachel McCarthy always knew her home would be different. But the hip clothing store owner never imagined the Bishop of Antigonish would sign the deed or that an acquaintance would say to her, "I... 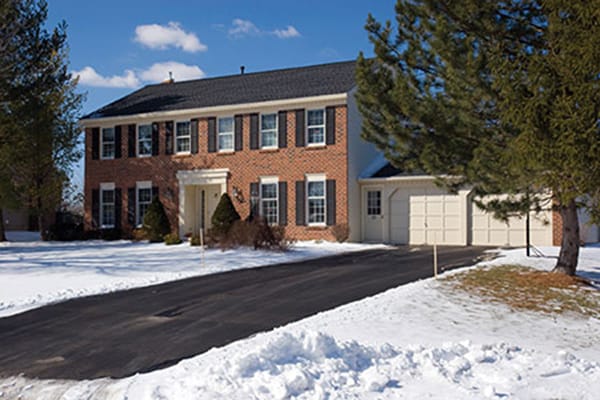 Sometimes Fall in Atlantic Canada is so beautiful—glowing radiant and golden for weeks on end—it has the effect of putting us in a trance, where we remain in deep and blissful denial about what is...