Back in the dead of winter, I was going through some of the thousands of images I had taken over the year. Not surprisingly, many of them are of plants—maybe a little more surprisingly is that so many are of plants that are underused in gardens in our region.

Rectifying that now, in the early part of the gardening season, means that you can add these plants to your “gotta-grow-this” lists and hopefully source them before they’re sold out. While some can be found fairly easily, they are often in limited quantities from local nurseries and garden centres—and you’re unlikely to find them at the big box competitors. So, get to know your local growers, and get to know some great plants.

What makes for a fabulous garden plant? I have a personal fondness for perennials because they are, as the name suggests, long-lived (usually). Most of us have a few criteria that we like to include when deciding on new plants for our gardens. We want them to be winter-hardy and suited to our soil, light, and other growing conditions; we want colourful flowers or foliage (or both) and a long period of bloom; they must be well-behaved and not invasive in nature, but also it’s nice if they’re easy to divide to share with friends. Fragrance is a great bonus; and in my own garden, I look for plants that attract pollinators and other wildlife, by providing nectar, pollen, seeds or other food sources. Nice seedheads that feed birds and also look handsome in the off-garden seasons make for another desired trait.

There are a few trade-offs to consider, too. Sometimes, a plant doesn’t flower for a long time, or isn’t particularly hardy but it’s just so amazingly gorgeous that we’ll nurture it through and make allowances. Remember the Himalayan blue poppy (Meconopsis) craze of some years ago? There really is nothing quite like them in colour, but they can be really tricky to grow for many of us, and that includes nursery growers. I know a couple of specialty growers who produce some each year, but I’ve not bothered with them for several years myself, primarily because I have much less space in which to garden since moving house, and I like to make that space count with something durable.

On the other hand, ice plants (Delosperma) and bitterroot (Lewisia), two types of rock garden (somewhat) perennials, always find a home in my garden because they bloom for such a long time, even if I never place bets on them overwintering. If something flowers for three months nonstop and then goes to sleep and only cost less than a fancy coffee to purchase; that’s a pretty good bang for my garden buck.

Here, then, are a dozen perennials for you to try. Many will be relatively easy to find; several might be more of a challenge. All are worthwhile seeking out.

AMSONIA  Bluestar is a native North American perennial, and I wish more people would embrace this trouble-free and rewarding plant. It may take a year or two to get established, but once that happens, it quietly forms a clump of willow-like foliage and produces clusters of pale blue, star-shaped flowers for weeks on end. Several species have excellent fall colour, and I’ve never seen it bothered by any pests, but it is loved by pollinators. ‘Blue Ice’ is a short variety with slightly bigger flowers, and ‘Storm Cloud’ amps up the attractiveness by boasting black stems to showcase those blue flowers.

ASTRANTIA  Masterwort is a lovely long-blooming and clumping perennial that besots bees and other pollinators. Stems of flowers emerge from the attractive foliage by midsummer, and the flowers are stunning to examine up close. Most varieties come in shades of burgundy, pink, or white with some contrasting colour in the ruffled bracts that surrounds each flower head. Deadhead regularly and masterwort will keep blooming for weeks on end. Recommended cultivars including ‘Sunningdale Variegated’ with variegated foliage and greenish white flowers tinged with pink; ‘Star of Fire,’ with rose-pink flowers; ‘Ruby Wedding,’ featuring deep burgundy blossoms.

BAPTISIA  False indigo is related to lupins and peas, which is quite obvious from the stems of flowers that emerge in late spring. If you’re harassed by deer, here’s a perennial that they don’t care for, and they don’t appear to be plagued with aphids the way lupins often are. Make sure you plant your baptisia where you want it because it hates being disturbed—and when happy, the plants often look like shrubs. Flowers can be yellow, blue, purple, white, pink, or combination colours. Great cultivars include ‘Twilite Prairieblues’ (correct spelling) as well as the Decadence series including ‘Dark Chocolate,’ ‘Cherries Jubilee,’ and ‘Pink Lemonade.’

BRUNNERA  Interesting foliage is an added benefit to many perennials as it will look terrific all season even long after flowers have faded. Brunnera, sometimes called Siberian bugloss, brightens a shaded spot with its variegated, heart-shaped foliage, crowned in spring with sprays of soft blue flowers that resemble its related plant Myosotis, forget-me-not. You can plant in full sun if your soil is moist, but leaves may burn; a lightly shaded site is preferable. Look for ‘Alexander’s Great,’ ‘Jack Frost’ or ‘Hadspen Cream’ among others.

CORYDALIS  Some plants don’t often go by common names, and corydalis is one of them, although it is sometimes referred to as “crested lark” which is just confusing. Related to poppies, corydalis comes in a range of sizes, growth habits and flower colours. It prefers a moist but well drained soil, and a little light shade certainly will make some varieties happy. One of the easiest and most vigourous (not invasive) is the petite golden corydalis, C. lutea, which blooms from spring until a hard frost in autumn. For those who love the colour of blue poppies, an easier substitute is Corydalis elata, the blue corydalis, which not only has amazing blue flowers sometimes tinged with purple, but is fragrant and a real bee-magnet.

EPIMEDIUM  If you’re looking for an easy-going groundcover perennial, consider this beauty, also known as bishop’s cap, barrenwort or fairy wings. Plants grow up to 30 cm (12 ins) tall, with graceful heart-shaped leaves and sprays of petite flowers in orange, red, yellow, white and other hues that resemble a bishop’s hat. They flower in mid spring in your garden, often for weeks on end, but you ought to look for them first thing in spring at your local nurseries, as they bloom more quickly in pots. You’ll see them recommended for shade in many catalogues and websites, but I learned years ago from Lloyd Mapplebeck of Hillendale Perennials that in our climate, Epimedium can take full sun as well as shaded conditions. Among great choices are ‘Orange Queen’; ‘Purple Pixi’ and my personal favourite, ‘Fire Dragon.’

ERYNGIUM  Sea holly has been a personal favourite perennial since I first read about it many years ago. Related to Astrantia, it produces clustered flowers surrounded by ruffled bracts, in shades of blue, white or green. Sea hollies bloom for weeks on end and are usually covered in bees and other pollinators. Look for ‘Neptune’s Gold’ which has golden foliage; ‘Big Blue’ with huge steel blue flowers; and for something unique, seek out Eryngium yuccifolium, or rattlesnake master, which produces stems with silvery-green, ball shaped flowers.

GAULTHERIA  Lovers of native plants know the value of wintergreen or teaberry, a creeping woodland perennial with glossy green-red leaves and waxy white flowers that turn into edible fleshy red berries which taste of wintergreen. It prefers acid soils as do its related plants rhododendrons, blueberries, and heathers. Great for a native planting or for underplanting shrubs.

IRIS ENSATA  Most of us are acquainted with bearded and Siberian iris, as well as the wild blue flags that grow in moist areas in nature. Japanese iris like the latter growing conditions as well—they are sometimes referred to as water-iris, and indeed they can flourish in shallow moving water like man-made ponds with stream functionality, ditches, or other wet areas. The butterfly-like flowers come in shades of purple, white, rose, many with contrasting veining or edging to the petals. Local plantsman Allan Banks grows a number of varieties, which he showcases in his acres of gardens in Salmon River Bridge, NS (not far from Musquodoboit Harbour). If you want to know more about these elegant perennials, the Society for Japanese Irises is holding its 2020 convention in Truro, NS in mid-July, featuring a tour of several gardens. (see socji.org/ji-convention-2020 for details.)

THALICTRUM  If you have damp areas in your garden, meadow rue is for you. There are native species growing in many parts of our region, often seen in ditches and along the shady edges of ponds, streams and other freshwater bodies. In a good moist situation, meadow rue can take full sun; in drier conditions it will sometimes go dormant. The foliage resembles that of its relative, columbine, and plants can easily reach two metres in height depending on the species. Most produce puff-life clusters of tiny flowers in yellow, white, or shades of lavender. If you can find it, Thalictrum rochebruneanum, the giant meadow rue, is well worth having, featuring very showy lavender flowers.

VERNONIA  First, a caveat: New York ironweed is not for a small garden, as this later-blooming perennial requires space, and will tower over other plants. Mine are planted with other tall-growing and later blooming perennials including Eupatorium (Joe-Pye plant) and Veronicastrum (Culver’s root). An easy way to describe ironweed is that it looks like the annual ageratum on steroids, with clumps of fluffy, magenta purple flowers crowning each six-foot-plus tall stem.

VERONICASTRUM  Culver’s root is native to north-eastern North America and is a handsome, tall plant that requires room at the back of a border to be best shown off. Related to the more common Veronica, it looks like that genus on steroids, but is easy to grow. Flowers may be blue, white, or purple, and as with many of my other recommended plants, you’ll find your Culver’s root is usually covered with pollinators while it’s flowering. It will tolerate wet soil and is happiest in full sun. 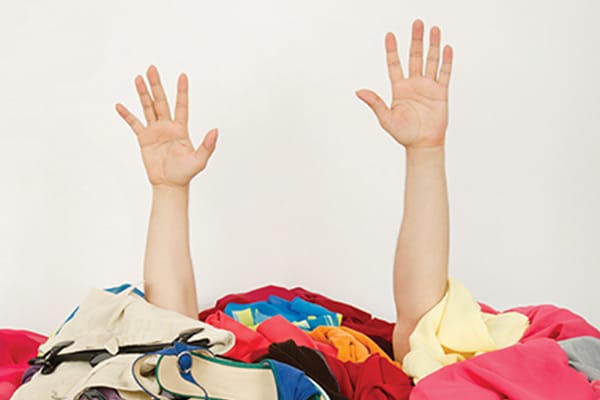 Some years ago, during what I will refer to as a life-transition phase (read: relationship break up), I moved from a three bedroom home to a small apartment which, while charming, had just under 500... 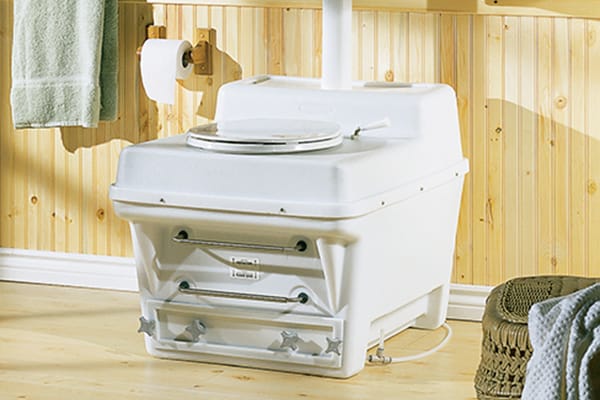 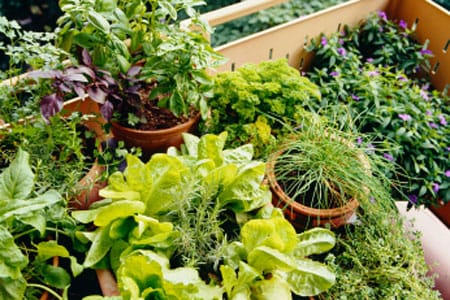 For many years, the only herbs most of us ever saw were those little jars of grey-brown pulverized flakes of oregano, basil, savoury and sage that sit on grocery store shelves for far longer than...