GROWING UP in the rich and fertile Niagara Region of Ontario with parents who were proponents of eating fresh, whole foods gave chef Ilona Daniel an early appreciation of food, and where it comes from. Since graduating from the Niagara Culinary Institute and the Culinary Institute of Canada, Daniel now calls PEI home. She’s held several impressive positions: she was the founding chef of the Daniel Brenan Brickhouse, a local artisan kitchen in Charlottetown, and executive chef to the Island’s Lieutenant Governor, Frank Lewis. Her current gig? She’s executive chef of the Culinary Boot Camp program, at the Culinary Institute of Canada, in Charlottetown, and resident food writer for G!, a free magazine distributed to restaurants, shops and salons monthly across the Island.

Q What inspired you to become a chef?

A I wouldn’t say I was inspired to be a chef per se, it’s more like cooking, eating and celebrating is in my blood.

Q Who do you look up to?

A First and foremost is my mother. She always put so much time and care into everything she cooked for my family; she even made my baby food! Mom taught me the importance of making the time to sit down with the people we care about, and celebrate in sharing an everyday meal. As for other inspiration, Mario Batali, and Nigella Lawson will always have a special place in my heart. Their cookbooks and television shows have furthered my understanding of the importance of staying true to my personality, style, and my beliefs as a chef.

Q What accomplishment are you most proud of?

A It’s such a tough question for me, as I don’t look at my life as defined by singular occasions, rather the culmination thereof. If I think about it, it’s having the courage to follow my heart, and my intuition. I’ve met so many amazing characters in my travels as a chef, and I wouldn’t change a thing. Courage. Courage is the accomplishment I am most proud of.

Q What is your favourite ingredient?

A I would have to say fennel, which has the ability to morph. It can be crunchy and very forward in its licorice profile, and can also be tender, with delicate nuances of anise. It’s an incredible addition to coleslaw or pasta salad. I like it with seafood, pork and poultry. I enjoy it all on its own; raw, or cooked.

Q What kitchen tools can you not live without?

A Other than the obvious French knife, serrated knife and paring knife, I would be lost without my microplane—it gets the most out of zesting. And if there’s a mountain of potatoes to be dealt with, I want my Swiss-style peelers.

Q What upcoming trends do you see in food?

A Retro sweets, such as Baked Alaska. I see a revival of the Upside Down Cake, traditionally made with pineapple and cherries. To update it we’ll make use of in-season fruits like pears, apples, and perhaps a rasher or two of bacon. To end a meal with a sumptuous wedge of moist, rum-syrup soaked golden cake crowned with caramelized fruits is decadent and beautiful.

Q What do you like to do when not in the kitchen?

A I love to connect with nature as much as possible. I dug up my front lawn last year to replace it with a pollinator’s paradise. I also go for hikes at nearby Strathgartney Park. The trail is almost entirely enclosed in foliage, making it feel like I’m a million miles from civilization, while being only 20 minutes away from home. And being curled up on my porch swing with a book is simply heavenly!

A I like everything! From slimy okra to gamey waterfowl like goose, and everything in between. I guess perhaps the only thing I’m not wild about are bananas, but that being said, I love banana bread.

Q What do you refuse to cook?

A Chicken bacon. Seriously, what is that? 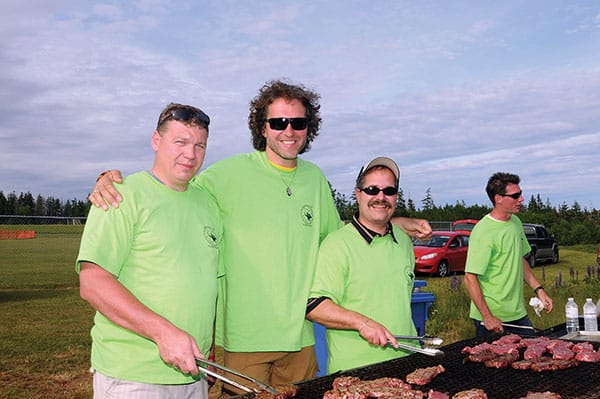 A thousand grilled steaks and enough chowder to fill a small swimming pool. How do you cook 1,000 steaks simultaneously? Easy. How do you make chowder for 1,000? Not so easy! Every summer, on the... 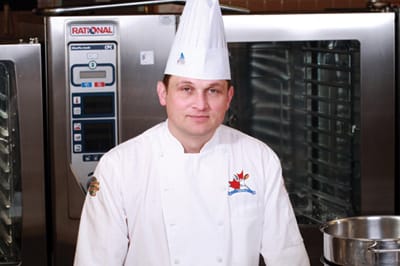 Planning the menu for an event of oh, say, several hundred people is routine for this chef… and even with a high volume of mouths to feed, he thinks outside the soup pot 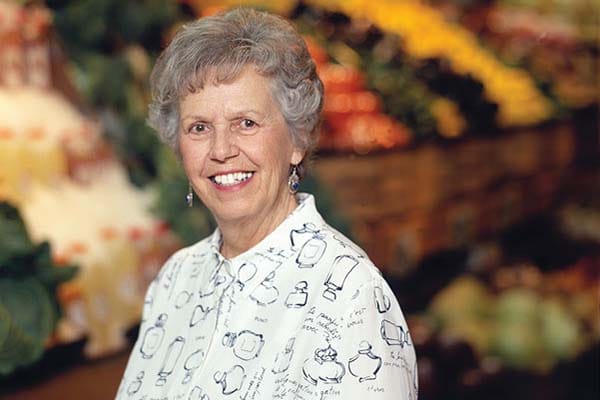 We sat around a sturdy oak table covered with a quilted tablecloth that matched the seat pads of an old Boston rocker in the kitchen of Kay Stirling, of Wallbrook. Located in Nova Scotia's beautiful...