What does it take to be a contestant on Top Chef Canada? I’ve watched enough episodes to know that you need grit and determination, the confidence to present and defend your dishes with passion, grace to handle criticism, a strong backbone for instances when the criticism is more cutting than constructive. Above all, you need to believe that you’ve worked hard at mastering your craft, that you deserve your spot in the Top Chef kitchen, and that regardless of the outcome, you are already a true winner.

If you are from Dartmouth NS or you have been fortunate enough to dine at The Canteen on Portland Street you know that owner and chef Renée Lavallée has all of those qualities in spades, so it’s no surprise to her family, patrons and fellow chefs that she has made the cut; she has what it takes.

While all who know her are tremendously excited to see Renée bring her skills before the nation, we—like you—need to wait for the season to begin airing in April. Chef Renée is not allowed to discuss the specifics of the show, something that she said was extremely difficult for her to do, and especially considering that she also had to keep it away from her two kids.

When you own and operate a restaurant, how do you tell your staff and customers who are used to seeing you every day that you’re going away for a few weeks? Renée came up with a good ruse to deter too many questions: As far as everyone was concerned, she went on a three-week cheese-making course; and everyone bought it.

As inventive as Renée had to be to describe her absence, things were even harder when she got home. Imagine participating in one of the most exciting events of your life and you can’t share it with a soul. Renée said once back home, it felt like a long and stressful dream. She said sometimes she wasn’t sure if it was reality or make-believe. She got right back into work, putting out new menus and doing some fun events here in Nova Scotia.

Despite the secrecy that shrouds the production, Renée was able to answer some burning questions that we had. We really wanted to know how Renée was able to handle the pressure of standing in front of three of Canada’s culinary icons day in and day out? “It was grueling,” she says. “Never knowing if you would be praised or shot down is a terrible feeling. You just have to try your best, and not be too hurt by what they are saying. At the end of the day, I just had to take it all in, take away some of the advice they gave, and come back fresh the next day.”

Renée was most anxious to cook for judges Janet Zuccarini & Chris Nuttall-Smith. “Both have extensive culinary knowledge (one as a very successful restaurateur and another as an amazing food writer),” she told us. “Having them there really made me nervous as I did not want to disappoint.”

Renée also felt that chef Mark McEwan was a daunting person to have to cook for—but throughout her 25 years of cooking, there have certainly been many like him that she has had to cook and perform for. His presence brought her back to her early days of cooking when the chef would speak, and she was never quite sure whether she should gather her knives and make a run for it or whether she was going to get a promotion.

We can only imagine how exciting the whole experience was; for Renée, the main highlight was meeting and getting to know some really amazing chefs and people who worked on the show. She is very thankful to have made those connections—they became a tight-knit family rather than competitors, looking out for each other and being each other’s cheerleaders. They still keep in touch with one other.

To those in and around Nova Scotia, Renée has long been a top chef—but we couldn’t help but wonder how she plans to deal with the hit of fame coming her way. She seems unfazed by it all, saying, “You just go with the flow and remember to remain humble. To me, life will just continue as usual, but a few more people might recognize me at the grocery store.”

We feel it might have a bigger impact than that, especially if she goes to the end, and we wouldn’t be the least bit surprised if she does.

Sprigs of mint and dill for garnish

Preheat oven to 400F (205 C). Wash, peel and cut carrots in half and then into 3-5-inch pieces. Spread carrot out on a sheet pan and add olive oil, salt and pepper.

Using your hands or tongs, toss carrots so they are evenly coated in olive oil. Roast carrots in preheated oven for 15-20 minutes or until the carrots are still al dente.

Strain yogurt overnight in the fridge using cheesecloth. Add lemon juice, lemon zest and sumac to yogurt. Stir to combine, then season to taste with salt.

Preheat oven to 325F (160 C). In a mixing bowl, combine all of the ingredients. Line a baking sheet with parchment paper and spread the granola evenly. Bake for 20-25 minutes. It should be a golden brown. Let cool and place in an airtight container.

Spread 3-4 tbsp (45 mL to 60 mL). of labneh on a plate. Place one quarter of roasted carrots on plate. Sprinkle 2-3 tbsp (30 mL to 45 mL). of granola over carrots. Break apart several slices of pickled red onion and place on top of salad. 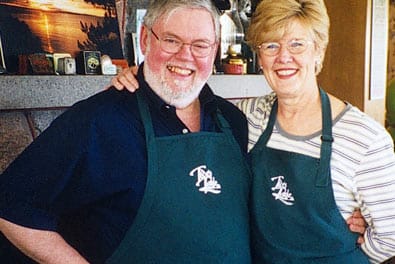 Clambakes Need Not Be the Pits

It used to be that a Down-East clambake needed special accoutrements, quite often inaccessible – especially to city dwellers. Those who had a section of beach in front of their summer cottages... 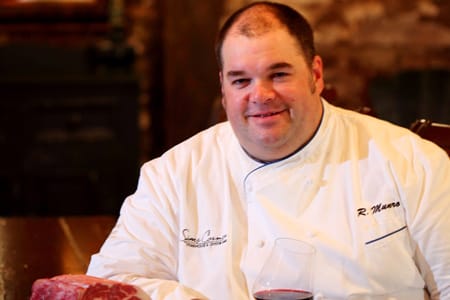 Raised in rural Ontario, Ross Munro has always had an appreciation of where food comes from, tailoring his cuisine accordingly. Now living in Charlottetown, he has forged a connection to PEI... 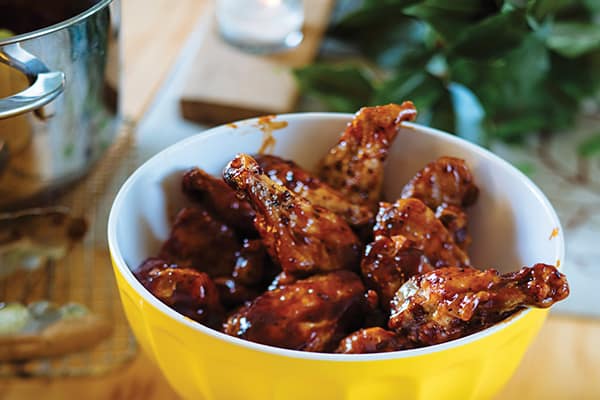 Has this ever happened to you? It’s New Year’s Eve. The house is decorated to the nines, music is playing in the background, the drinks are flowing and the laughter is ringing out. You look around and...