by Alain Bossé and photography by Jackson Productions Inc

To me, the pleasure of eating local is enhanced when I can build a relationship with the growers, producers, and manufacturers of the food that I enjoy eating. Sometimes that’s as simple as having a weekly conversation with the folks at the local farm market; but my work has allowed me the opportunity to connect with some amazing people who put food on our tables everyday but aren’t necessarily in the public eye. Timothy and Kimberly Stokdijk of Beaver Brook, near Truro, NS are just such a couple. If you’re diligent about shopping local then the Stokdijk name may ring a bell; in fact, you may have even taken a moment to read the blurb found below the picture of their smiling faces in your local Sobeys store. At the very least I’m willing to bet that Stokdijk produce has made its way into your home. They are Atlantic Canada’s largest producers of peppers, cucumbers and tomatoes.

Stokdijk’s is a multigenerational operation that began in the 1950s when Willem Stokdijk and his wife Anna Marie, with their three children, joined the wave of immigration leaving the Netherlands and sailing into Halifax’s now-famous Pier 21. Once landed, Willem and family made their home in Beaver Brook, where he used his natural talents as a farmer to start Stokdijk Greenhouses. Willem valued integrity above all else and his war years had taught him the skill of innovation; those skills and values combined with his talents as a gardener resulted in a successful business that nurtured not only his family but would continue for his sons and his grandchildren.

After Willem’s retirement in the late 1980s, his son Peter took over the business. Peter is Tim’s uncle, and Tim’s father, also named Willem and known as Bill, became an electrical engineer. Bill worked at the greenhouse, as needed, to support the continuous growth and technical development of the farm and was key to the ongoing growth of the company’s physical plant improvements over the 60+ years the company has served their friends and neighbours. Bill is also a farmer in his own right, having produced strawberries for local grocery stores for close to 40 years. Tim Stokdijk grew up learning a strong work ethic from his Opa (Willem), his father (Bill), and his uncle (Peter).

In 2010, Tim and Kim officially took over the farm operations and just 2 short years later they were named the BDC Young Entrepreneur finalists for Nova Scotia; and one of only nine finalists nationally. At that time they grew two types of tomatoes and one type of cucumber. Seven short years later, they produce about 10 varieties of tomatoes, two types of cucumbers, four varieties of sweet peppers, and seven types of hot peppers: 27 different product and package offerings in all.

Tim is a grower at heart, a passion nurtured by his Opa, and loves to try new things. As they have diversified their product offerings, their friends and neighbours have embraced them as well and have supported the work of their local farm. Both Tim and Kim love hearing from people how much their kids love their grab-and-go packs of mini cucumbers and mini sweet peppers as school snacks. They feel especially blessed to be helping people nourish their families with fresh and local produce.

Stokdijk produce is available in stores across Atlantic Canada, plus the family operates a successful farm gate shop that is open from April 1 to December 1, Monday to Friday 8-4 and Saturday 8-12. Picklers and canners enjoy special pricing on bulk orders of seconds products directly from the shop, when available.

Today, the family tradition continues as Tim and Kim’s 4 children actively participate in the business as well. While I believe that an inherited green thumb and invaluable teaching has made this business hugely successful it also appears that having the name Willem doesn’t hurt; yes folks, there is another by that name just waiting in the wings!

In a large soup pot, brown beef, and onions until beef is fully cooked and onions are soft. Add beef broth, rosemary, and vegetables. Cook on medium-high heat until vegetables are al dente. Add tomato sauce and water. Heat to boil, then reduce heat and simmer.

The longer this soup simmers the better it tastes and it’s even better the next day. We love to serve this with home-made cheesy basil biscuits.

Toss all the vegetables in a medium-size bowl, then top with the vinaigrette and serve.

In a medium-size bowl, add the garlic, Dijon and salt and pepper. Mix well, then add olive oil and zest and juice of the limes and emulsify by whisking. Add the basil and toss in your salad.

This has been our go-to salsa recipe for easily the past 15 years. It’s not too sweet and not too spicy. It was given to me by a co-worker and is a great recipe!

Place all ingredients in a heavy pot, stirring well. Reduce heat and simmer uncovered for 1 ó to 2 hours, until thick.

Place salsa into sterilized jars and process in a water bath. 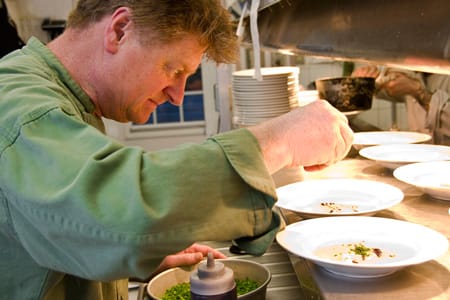 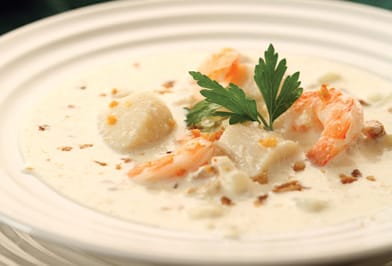 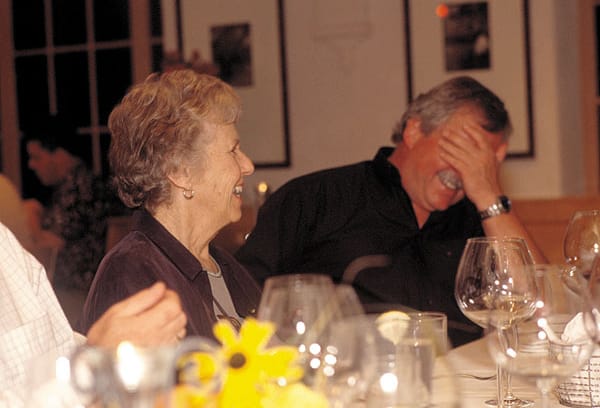 Eating in the Slow Lane

What will it take, short of a clobbering with a frying pan, to make Canadians realize that our eating habits are all wrong?